Matt B. Davis Gives A Voice To The OCR World With Obstacle Racing Media 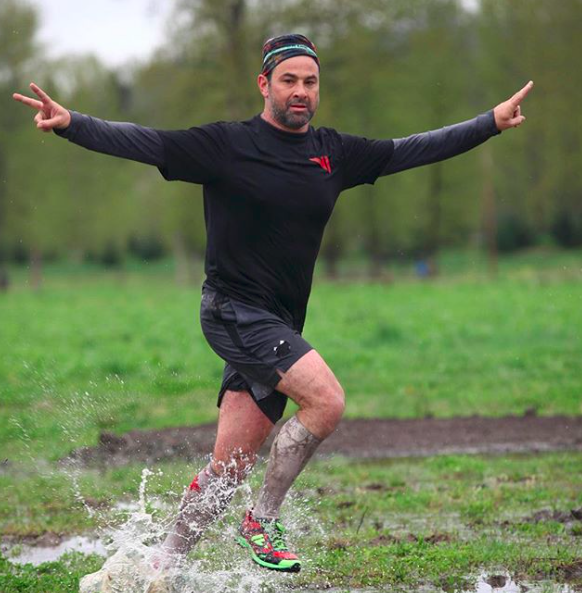 Maybe the weirdest thing about doing interviews for my first season of American Ninja Warrior is being on the other side of the interview 'table.' As a journalist, I'm used to asking the questions. Talking about yourself takes some getting used to. But, with the right interviewer, it's a comfortable experience. Enter, Matt. B. Davis, founder of Obstacle Racing Media. Matt was the first person who greeted me as soon as I crossed the finish line at Tougher Mudder x Glen Helen Raceway. High-fiving me for finishing First Place amongst the women, Matt's jovial energy is infectious and you can tell that he loves OCR just as much as the athletes he interviews.

After speaking with Matt for the ORM podcast, I was more curious about his love for the sport and decided to 'turn the tables,' if you will, and interview the mastermind behind ORM. He co-founded Obstacle Racing Media with Christian Griffith. Their goal was to be the unbiased, single source of information for elite obstacle racing athletes, recreational weekend warriors, and first-time race participants with up-to-date OCR news, race reviews, and on-location reporting that only those truly entrenched in the day-to-day of the sport can offer. Goal met.

Like many of us, Matt was hooked after crossing the finish line of his first mud run nine years ago: Warrior Dash in Mountain City, Georgia.

It was his second race that would seal the deal.

"… The real 'Crossing my finishing line' feeling came from Doing the next one. Tough Mudder Feb 2012. It was 30 degrees and I jumped into Arctic Enema. Going in and out of that was life changing. I had just done something that scared the shit out of me. I knew we still had 10 miles to go (and I hadn’t run that far in a really long time), and had already done the hardest thing I had ever done," Matt said.

"After that Tough Mudder, I did a spartan Hurricane heat about a month later. I then flew to Vermont to crew for someone at the Death Race. I met so many amazing athletes and volunteers (and Joe De Sena) that I knew I wanted to do something. So I started a podcast. The long story short, is that the podcast became a website, and then social pages, and then video, and the rest is sort of history," he added.

Relatively speaking, obstacle course racing is a fairly new sport. As someone who has witnessed the evolution of OCR, I asked Matt…

How have you seen the sport evolve for better and for worse?

It’s definitely [for] better. Our sport is still so young. We’ve already seen so many races, and ideas, and tv shows come and go. No one knows where it is all going long term. I just know that I have and will keep my front row seat.

What's in store for the future of ORM?

ORM grows as the sport grows; new events, new ideas, new countries. We are going to provide consistent quality content in the form of podcast, video, social media, and the written word.

Do you think Spartan and Tough Mudder are two different beasts in the OCR industry?

I think Spartan will continue to grow and be the industry leader. Spartan and TM were neck and neck for a long time, then Tough Mudder decided to add 5 different products, when they maybe should have added one or two. So far, they have gotten back to their roots and delivered a solid product in LA this year. Let’s hope they keep it up and continue to be a giant.

What’s the most bizarre and the craziest thing you’ve witnessed at an OCR?

I can’t think of anything bizarre off the top of my head. Sure some wacky injuries, but I think my favorite thing about OCR is that I’ve gotten a chance to do it in several countries, and seen people of all nations get into it, and that to me is the coolest. I want to travel even more in the coming years.

Listen to ORM podcast and read up at Obstacle Racing Media here: https://obstacleracingmedia.com