Movie Review: “The Walk” Is a Jaw-Dropping Cinematic Experience 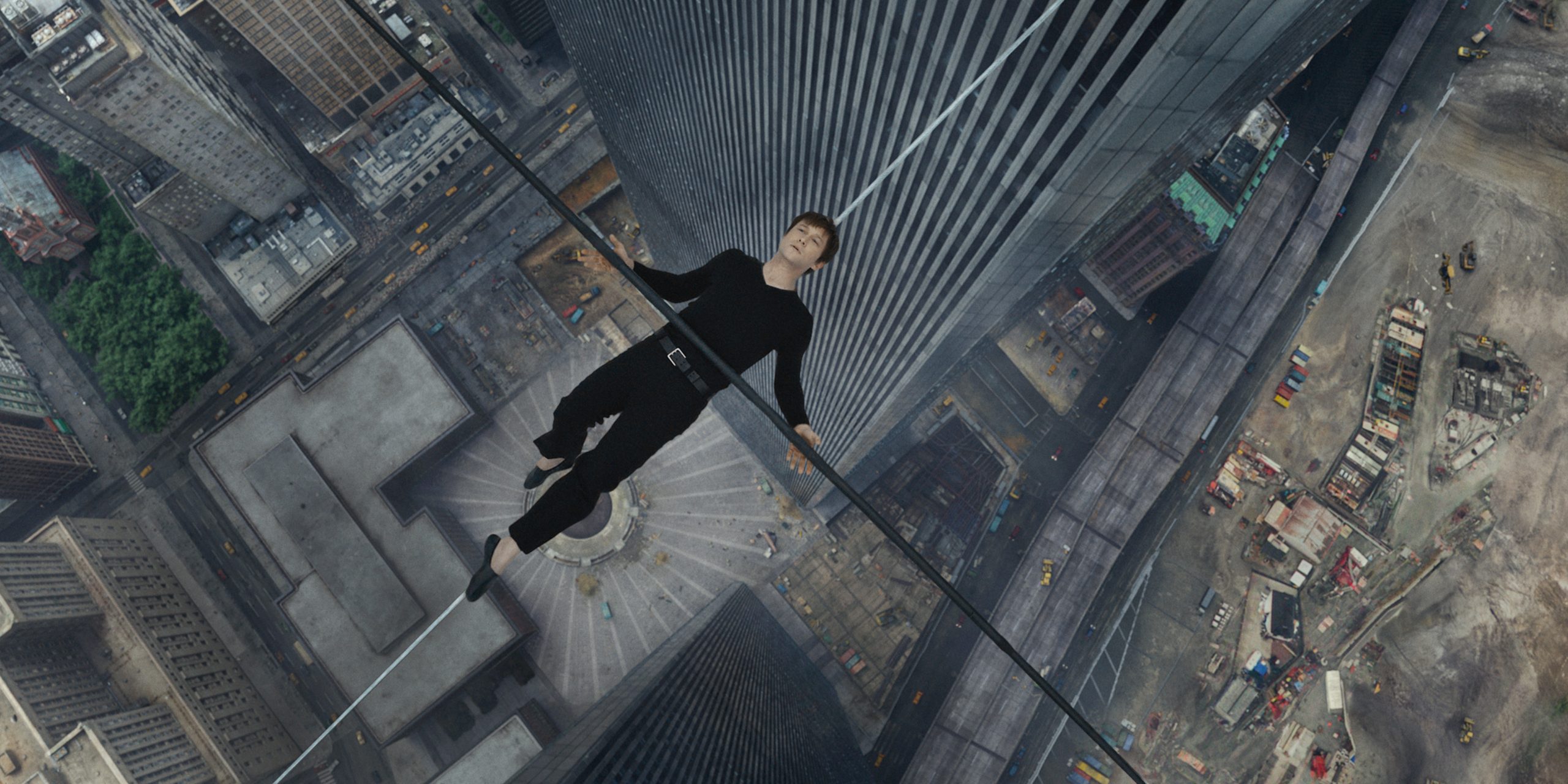 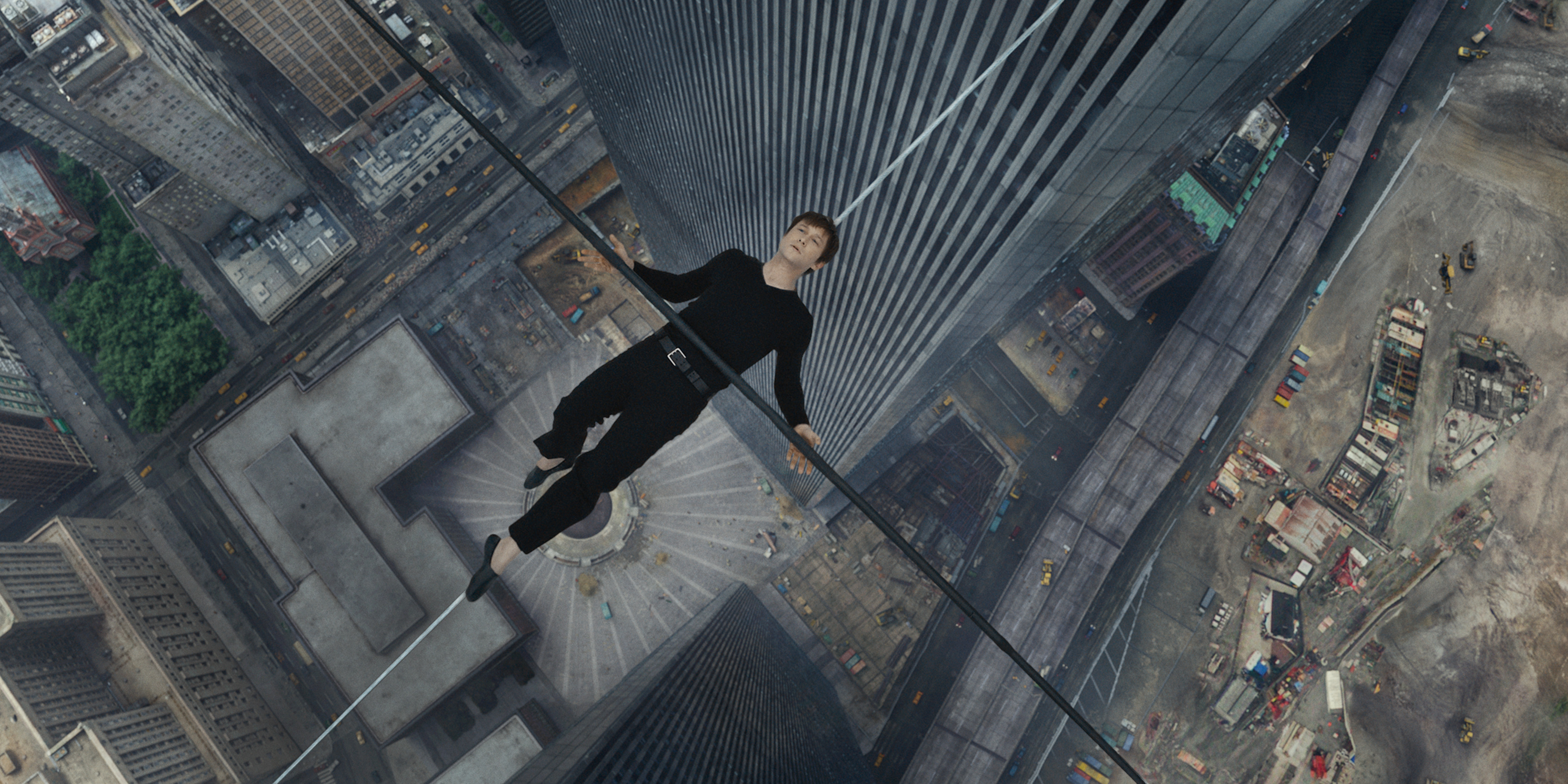 Staged as a caper film much like the Oscar-winning 2008 documentary “Man on Wire” that covered the same material, “The Walk” expertly recreates one of the craziest and most death-defying stunts ever attempted, an event that was captured only in a handful of still images. An immersive movie-going experience to put it mildly, director Robert Zemeckis (“Flight,” “Forrest Gump”) uses his unparalleled storytelling talents and innovative technology to craft a truly intriguing tale that will appeal to audiences across all demographics. Although the screenplay has moments of sugar-coated sentimentality and the supporting characters are a bit thinly drawn, Gordon-Levitt’s soaring lead performance along with the film’s visual acrobatics, more than make up for any minor narrative defects.

For those unfamiliar with Petit’s claim to fame, “The Walk” recounts in fascinating detail the time in 1974 when he snuck into the World Trade Center towers while they were nearing completion and staged a tightrope walk from rooftop to rooftop, 110 stories into the sky. But first, speaking directly to the camera from the torch of the Statue of Liberty, Philippe Petit (Joseph Gordon-Levitt) invites the audience on a tour of his early years in Paris, when he first fell in love with wire-walking and the Twin Towers. 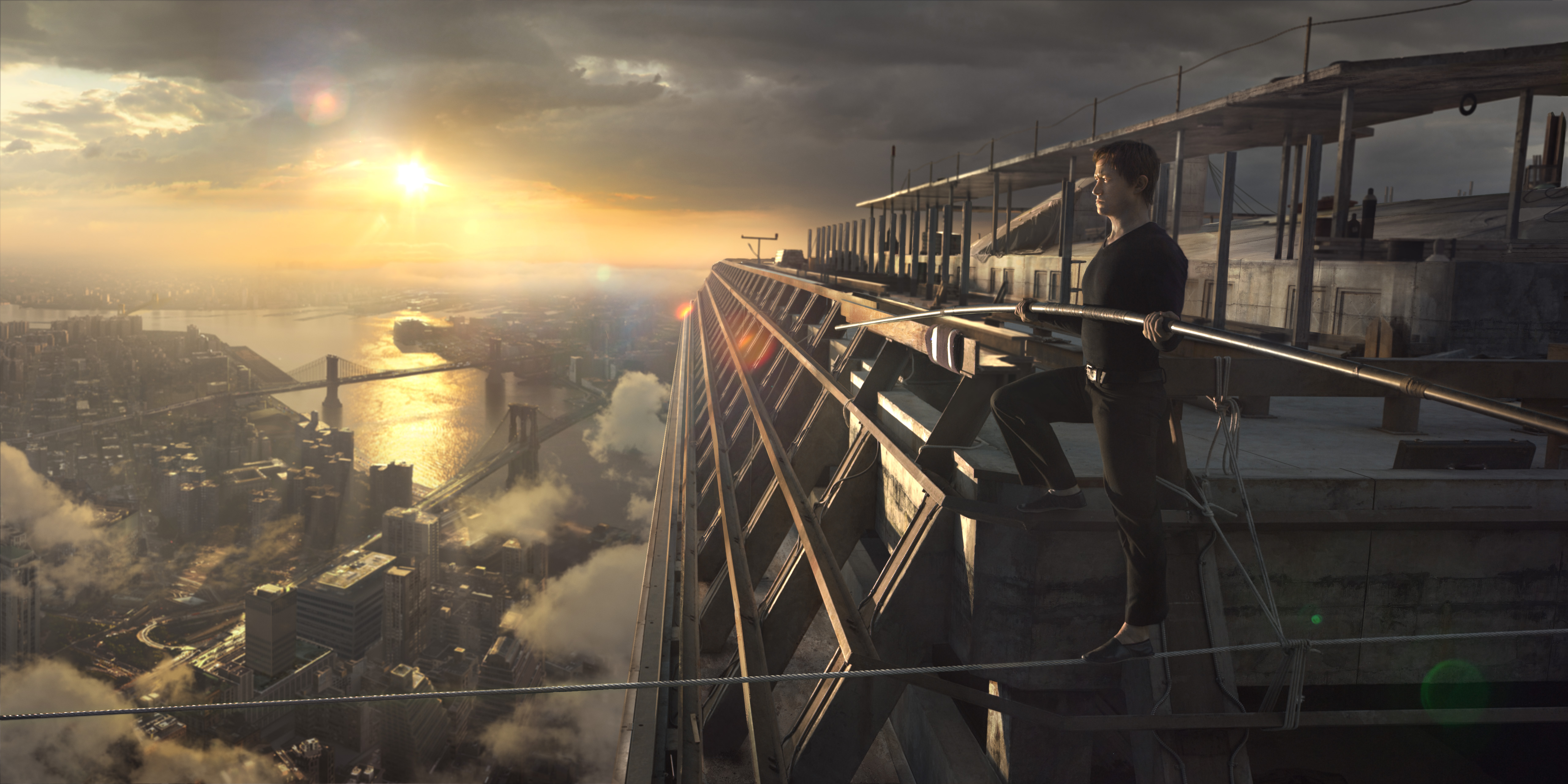 Petit’s career as an aerialist takes flight when he is taken under the wing of Papa Rudy (Ben Kinglsey), the leader of The White Devils, a famous wire-walking troupe, who not only teaches him the proper methods of balancing, but how to secure the wire cables on his own. Having learned the tricks of the trade, Petit starts performing for tourists around the city, and in the process meets his first love, Annie (Charlotte Le Bon), another street performer. As Petit perfects his craft, his performances become more grandiose, culminating in a breathtaking walk across the towers of Notre Dame Cathedral.

One day, Petit sees a picture of the World Trade Center – then the tallest buildings in the world – and knows on sight that it will be the stage for his next performance. Referring to it as “le coup,” Petit rounds up some Parisian co-conspirators, Annie included, and travels to New York to do recon on the towers – taking measurements, timing the elevators, and detecting security vulnerabilities. Together, and with the assistance of some helpful Americans, the group pulls off one of the most awe-inspiring capers ever recorded. 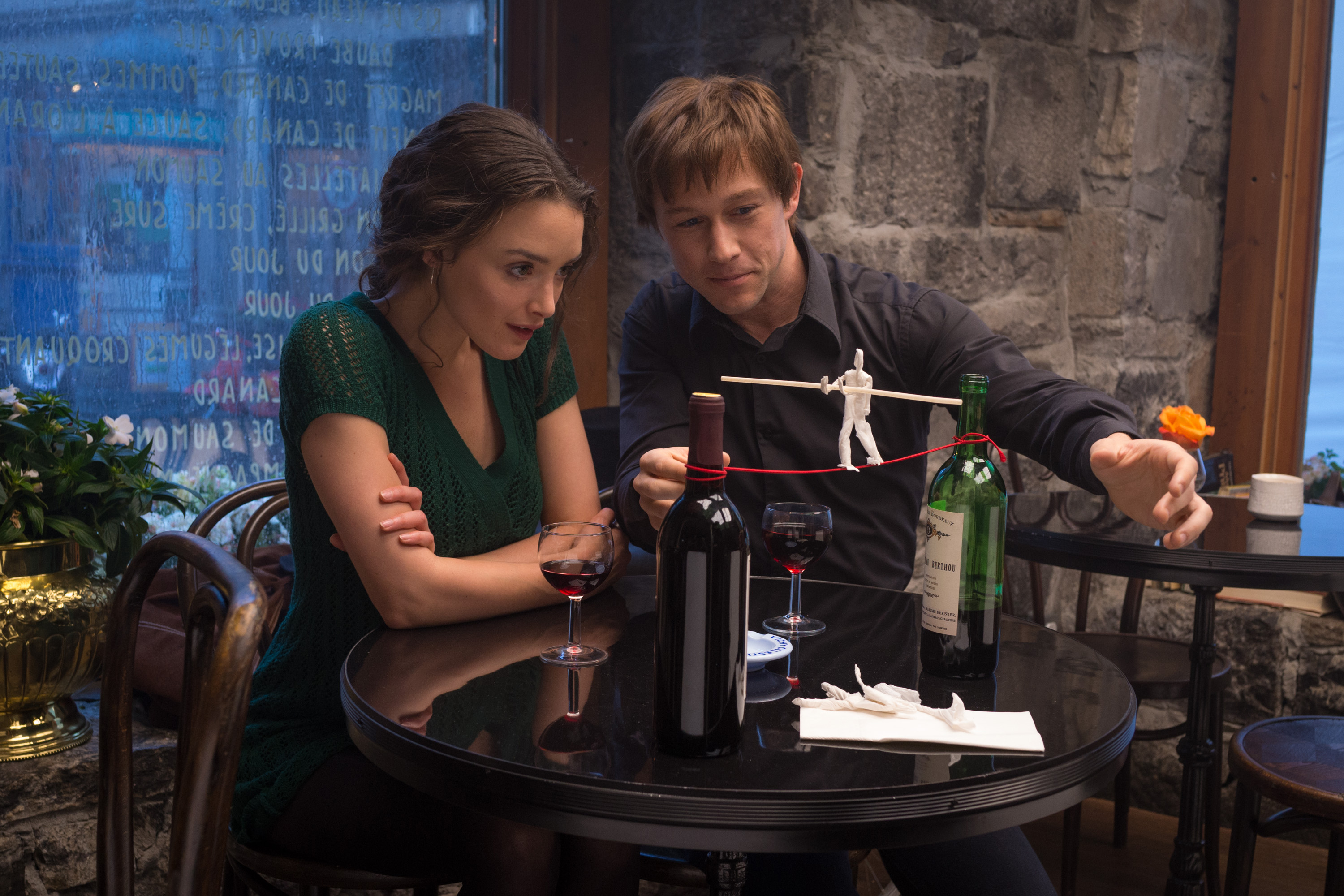 Based on Petit’s memoir, “To Reach the Clouds,” the script by Zemeckis and cowriter Christopher Browne fully capitalizes on the storyline’s suspense, whether it’s outwitting security guards, properly securing the cable line, or maintaining steady balance 1300 feet into the Manhattan skyline. Speaking of that breathtaking finale, if ever there was a reason to see a film in IMAX 3D, this is it right here. Placing the viewer directly into Petit’s shoes as he steps into the abyss, Zemeckis provides the ultimate sensory experience, giving us stomach-churning thrills with every gust of wind, tightrope about-face and police officer distraction that Petit encounters.

With remarkable attention to detail, Zemeckis and his VFX crew, headed by supervisor Kevin Baillie, masterfully recreate 1974 New York from every imaginable angle, especially the Twin Towers. And while it is impossible to watch “The Walk” without considering their tragic fate, more than anything, the film is a celebration of the towers as the beacons of hope and symbols of superiority that they represented to so many people.

Playing the fearless Frenchman at the story’s center, Joseph Gordon-Levitt gives a virtuoso performance in a role that’s as demanding as they come. Beyond having to come across as an authentic aerialist, which required grueling preparation with Petit himself, Gordon-Levitt also had to learn French for the Paris section and the accent of a Frenchman speaking English as a second language for the later scenes. But as anyone who has seen “Man on Wire” can attest, what Gordon-Levitt does best is capturing the indomitable spirit and mischievous sense of humor of his one-of-a-kind subject. Standout supporting performances include Ben Kingsley as Petit’s stern mentor, Charlotte Le Bon as Petit’s girlfriend and partner in crime, and Steve Valentine as a memorably mustachioed accomplice whose office on the 82nd floor of the North Tower comes to good use.