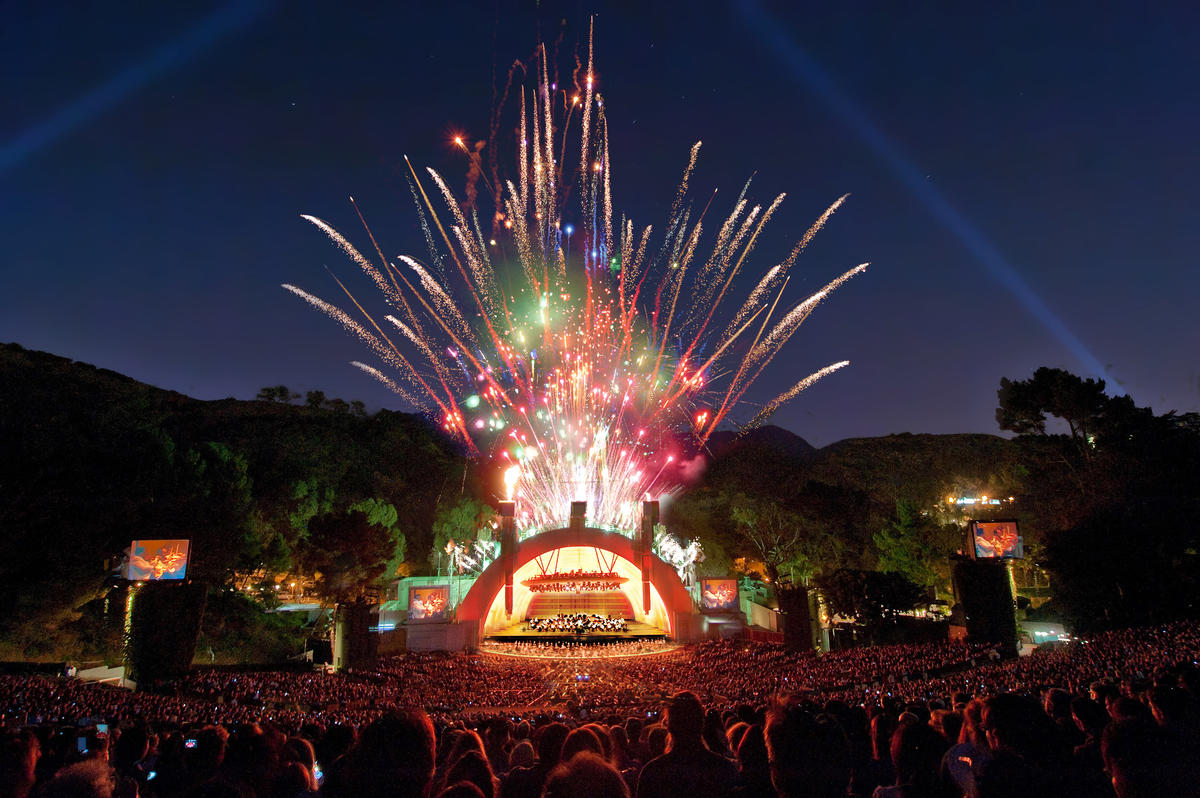 The Los Angeles Philharmonic Association today announced the 2022 Hollywood Bowl season, celebrating a century of stellar performances at one of the world’s most iconic venues. The centennial season offers a spectacular mix of beloved traditions and history-making innovations, tributes to legendary figures of the Bowl’s past and great stars of the present, the best in jazz and popular music and 34 evenings under the stars with the Los Angeles Philharmonic, 10 of them under the baton of Music and Artistic Director Gustavo Dudamel.

LA Phil Chief Executive Officer and David C. Bohnett Chief Executive Officer Chair Chad Smith said, “The Hollywood Bowl is much more than the summer home of the Los Angeles Philharmonic. For a hundred years, it has been a testament to live music’s power to create community, uniting people from all walks of life in a shared experience like no other. Thanks to the vision of Gustavo Dudamel and the collaboration of an astonishing roster of guest artists, our centennial season will celebrate the enduring spirit of the Hollywood Bowl and everything this magical place has meant to generations of musicians and music lovers alike.”

Gustavo Dudamel said, “There is truly no place like the Hollywood Bowl. Nothing can compare to the feeling of performing there on a summer night, as our sound seems to pour out from the hills to the thousands of music lovers spread before us, gathered from everywhere in Los Angeles and around the world. We dedicate our programs in this 100th season to all the people who have made the Hollywood Bowl a part of their lives, year after year, and to the new generation, on our stage and in our audience, that is going to carry the magic of this place far into the future.”

A Summer of Stars

Annual traditions that light up the Hollywood Bowl will include the ever-popular July 4th Fireworks Spectacular (July 2, 3 and 4), this year featuring Steve Martin & Martin Short, the Steep Canyon Rangers and Jeff Babko with the Los Angeles Philharmonic led by Thomas Wilkins. The Tchaikovsky Spectacular (August 12-13) will see acclaimed violinist Joshua Bell and the USC Trojan Marching Band joining conductor Bramwell Tovey and the LA Phil for the Tchaikovsky Violin Concerto, 1812 Overture, and fireworks. The annual fully staged Broadway musical will be Kinky Boots, the recent smash hit that was penned by Cyndi Lauper (music and lyrics) and Harvey Fierstein (book) and won six Tony Awards. The Bowl’s production will feature an all-star cast (to be announced) and will be directed and choregraphed by Tony-winning choreographer Jerry Mitchell (July 8, 9 and 10). 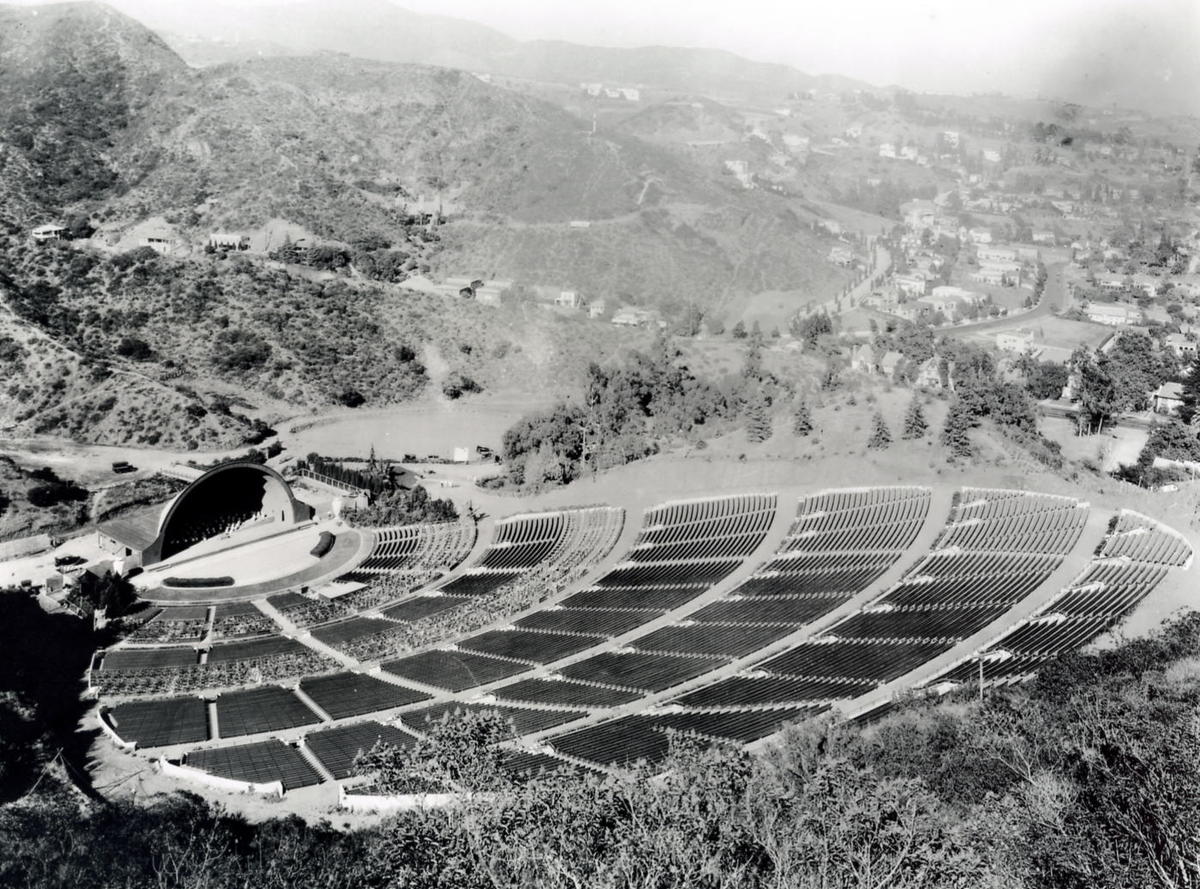 Film presentations with live accompaniment by the LA Phil and Hollywood Bowl Orchestra will include screenings of Harry Potter and the Deathly HallowsTM Part 1 in Concert (June 30), Back to the Future (August 5-6), and Amadeus (August 23). Three Maestro of the Movies: Celebrating John Williams at 90 nights (September 2, 3 and 4) will welcome John Williams and David Newman conducting the LA Phil. Black Movie Soundtrack returns for its fourth edition with bassist Marcus Miller leading a house band in the best music from the history of Black cinema, with Craig Robinson as host and the Hollywood Bowl Orchestra conducted by Thomas Wilkins (August 24). The annual Sing-A-Long Sound of Music returns with host Melissa Peterman (September 17).

Concerts paying tribute to musical legends from the Bowl’s storied history will include: Billie Eilish and Debbie Harry among the many guest artists in a special concert saluting Peggy Lee and Frank Sinatra (July 27); an evening of Rachmaninoff Seconds—Piano Concerto No. 2 and Symphony No. 2—with soloist Nobuyuki Tsujii joining Bramwell Tovey and the LA Phil (August 16); and Itzhak Perlman as soloist and conductor in the Bach D Minor Concerto for Two Violins, joined by Randall Goosby, and Tchaikovsky’s Symphony No. 4 (September 13). The world’s greatest tribute band returns to the Bowl stage to perform some of the biggest hits of all time with ABBA The Concert (September 24).

Gustavo Dudamel and the LA Phil

The 100th season showcases the stunning range of Gustavo Dudamel’s talent in every musical genre. Dudamel will lead an evening celebrating the legacy of Leonard Bernstein and his connection to the Bowl (July 12 & 14) and conduct the third act of Wagner’s Die Walküre (July 17), collaborating with director Yuval Sharon and an all-star cast headed by Christine Goerke and Matthias Goerne. Paying tribute to the history of dance at the Bowl, Dudamel will lead a program featuring stars of the Paris Opera Ballet on a program also featuring pianist Jean-Yves Thibaudet (July 20-21). Pianist Seong-Jin Cho will join Dudamel for a double program of Beethoven Fifths: the “Emperor” Concerto and Symphony No. 5 (July 26). Soloist Jorge Glem will perform the world premiere of Gonzalo Grau’s LA Phil-commissioned Cuatro Concerto under Dudamel’s baton, and the Los Angeles Master Chorale will join the LA Phil and soloists for a performance of Carl Orff’s perennially popular Carmina Burana (July 28). For his final concert of the summer, Dudamel will invite the exciting young musicians of the Encuentros Orchestra/YOLA to join him on stage at the Hollywood Bowl (August 2).

Jazz at the Bowl

Four exceptional jazz presentations are scheduled for September: Wynton Marsalis will lead the Jazz at Lincoln Center Orchestra (September 7); Pink Martini returns (September 14); Chucho Valdés and guests will appear in an evening of Latin jazz, including a performance of Valdés’ La Creación (The Creation), an LA Phil co-commission (September 21); and Herbie Hancock, the LA Phil’s Creative Chair for Jazz, performs the final jazz concert of the celebratory 100th season (September 28).

To kick off the 100th season at the Bowl and the summer season at The Ford (season details to be announced), the LA Phil will host a FREE two-day weekend festival (June 11 at the Hollywood Bowl and June 12 at The Ford) celebrating the rich history of its two outdoor venues, on either side of the 101 freeway. Further details to be announced on May 10.

To commemorate the season the LA Phil has published Hollywood Bowl: The First 100 Years, written by Derek Taub and edited by Julia Ward and Robin Rauzi. The more than 300-page, image-filled publication comprises 10 theme-based chapters that move fluidly through time, drawing on first-hand accounts and rarely seen photographs, to answer the deceptively simple question: What makes the Hollywood Bowl the Hollywood Bowl?

In addition, a vinyl box set of seven LPs will also be available, featuring recordings taken from the Hollywood Bowl from 1928 to 2021, featuring classical, pop, rock, film music, jazz, Broadway and the American Songbook genres.

﻿Both the book and box set will be available starting opening night, exclusively for purchase through the LA Phil and Hollywood Bowl stores.

This summer as part of the centennial celebrations, the LA Phil has expanded its $1 seats for Tuesday/Thursday classical presentations threefold. The $1 tickets are also available for the Wednesday Jazz Plus performances, making the Hollywood Bowl still one of the most affordable and accessible experiences on offer.

Subscriptions available now.
“Create Your Own” packages will be available Tuesday, March 15, 2022.
The Hollywood Bowl Box Office opens for single ticket sales Tuesday, May 3, 2022, at 10AM.
Registration to apply for the free 101 Fest tickets opens May 10, 2022. There is a 4-ticket maximum per application.
Programs, artists, prices and dates are subject to change. Ticket limits may apply.