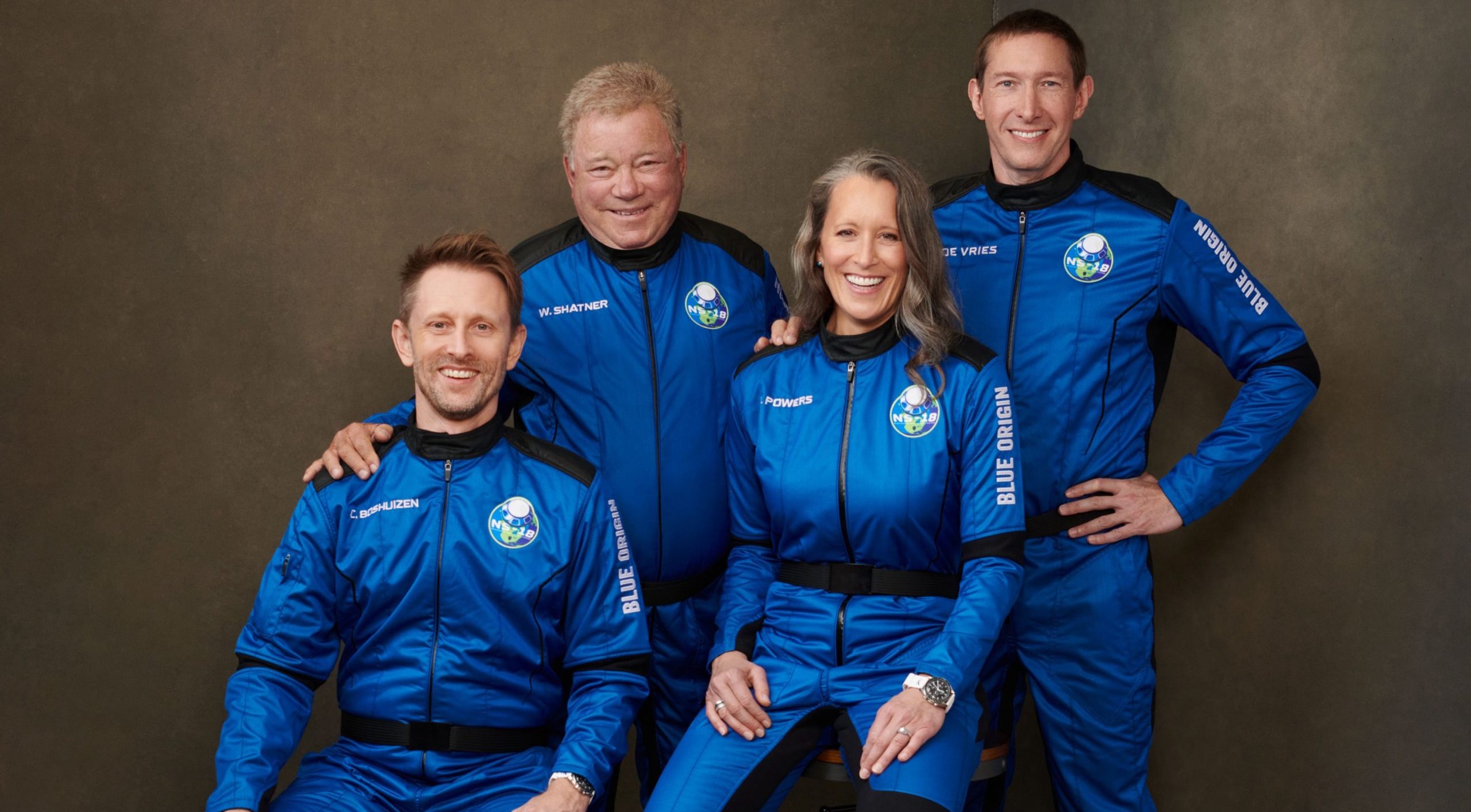 Now official astronauts, the crew was welcomed back from space with a celebration in the West Texas desert with family, friends, and the Blue Origin team.

“At Blue Origin, we are motivated by the dreamers that inspire us and the builders who turn those dreams into reality. Today’s crew represented both dreamers and builders. We had the honor of flying our very own Audrey Powers, Vice President of New Shepard Operations, who fulfilled a lifelong dream to go to space and has been an integral part of building New Shepard. Our two customers, Chris Boshuizen and Glen de Vries, have built their own successful ventures and have now realized their own dreams of space travel. And, as everyone knows, William Shatner has played an important role in describing and imagining the wonders of universe and inspired many of us to pursue a career in the space industry,” said Bob Smith, CEO Blue Origin. “This flight was another step forward in flying astronauts safely and often. It’s an incredible team and we are just getting started.”

William Shatner’s career as an actor, director, producer, writer, recording artist, and horseman has spanned 60 years. He originated the role of “Captain James T. Kirk” in 1966 for the television series Star Trek. The series spawned a feature film franchise where he returned as Captain Kirk in seven of the Star Trek movies, one of which he directed. He has long wanted to travel to space and will become the oldest person to have flown to space.

William is currently the host and executive producer of The UnXplained on The History Channel. From the producers of Ancient Aliens and The Curse of Oak Island, the one-hour, non-fiction series explores the world’s most fascinating, strange and inexplicable mysteries.

“I’ve heard about space for a long time now. I’m taking the opportunity to see it for myself. What a miracle,” said William Shatner.