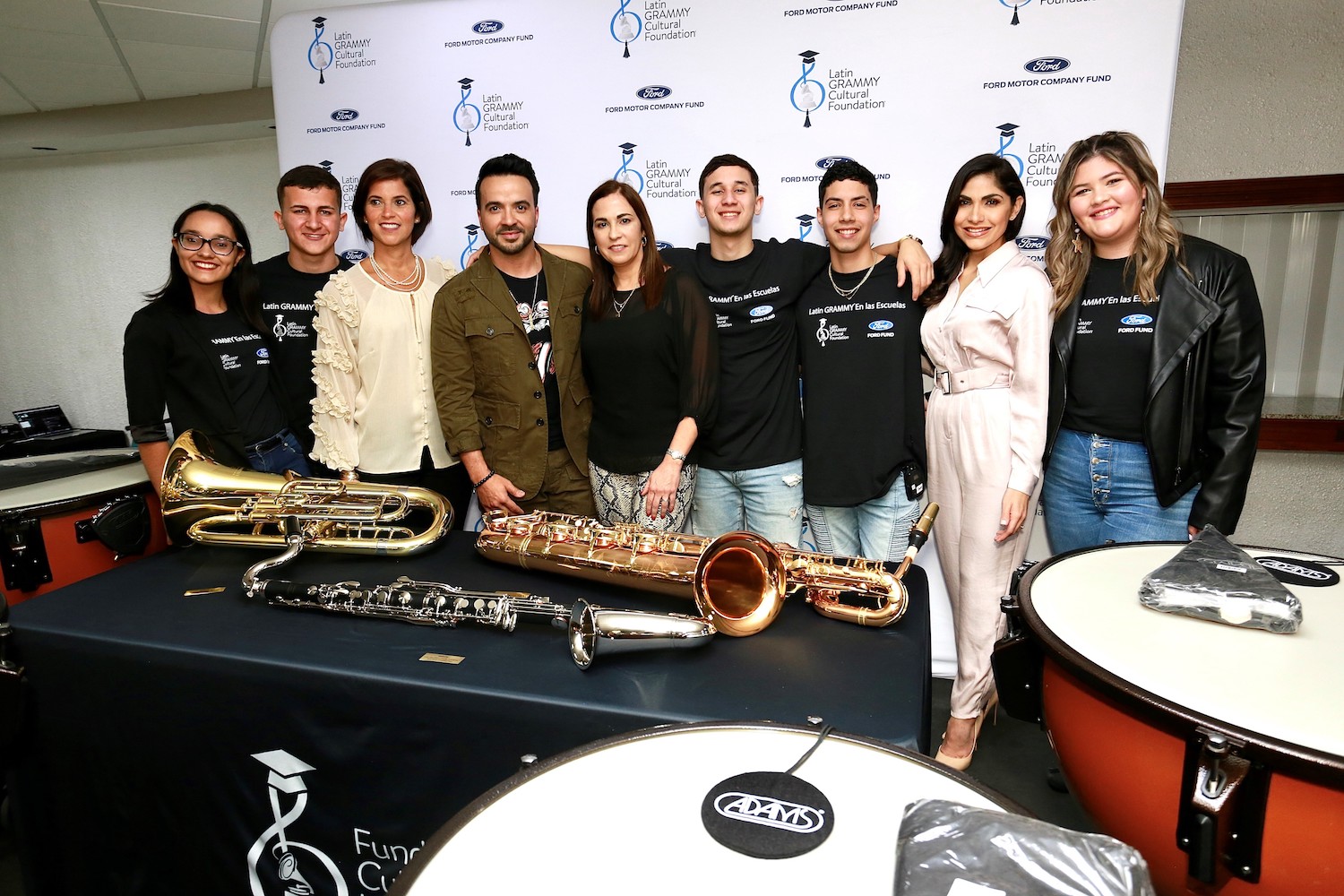 The Latin GRAMMY Cultural Foundation®, in partnership with Ford Motor Company Fund, donated musical instruments valued at $20,000 to Escuela Especializada de Bellas Artes Ernesto Ramos Antonini in Yauco, Puerto Rico, marking the twentieth donation since the partnership's inception and the fourth time Latin GRAMMY In The Schools is held in Puerto Rico. The donation comes after the school and community sustained severe damage from Hurricane Maria as well as a recent series of earthquakes that affected the island. The program hosted an educational panel for music students with five-time Latin GRAMMY®-winning and GRAMMY®-nominated singer, composer, and producer Luis Fonsi. Fonsi reminisced with the students about growing up in Puerto Rico and gave them intimate advice on how to pursue their dreams of a musical career. In addition, Yizette Cifredo, host of Univision's "Ahora Es" moderated a motivational session with the school community at large.

Since the beginning of the Latin GRAMMY Foundation's partnership with Ford Fund in 2014, more than 7,000 students have benefited from the donation of nearly $500,000 worth of musical instruments to schools in U.S. cities such as Dallas, Las Vegas, Los Angeles, Chicago, Miami and New York; as well as internationally in Buenos Aires, Argentina; Mexico City, Mexico; Arecibo, Humacao, and San Juan in Puerto Rico.

Latin GRAMMY In The Schools is an educational program that informs and connects music students with professionals in the Latin music industry and supports educational music departments that have financial limitations. The Foundation invites artists, professional musicians, and sound engineers to visit middle and high schools, universities, or music education institutions to share their personal stories and experiences with students that highlight the effort it takes to overcome career obstacles. The goal is for students to learn to optimize the educational opportunities presented to them, giving them an advantage and strong academic preparation to be able to compete in the music industry.