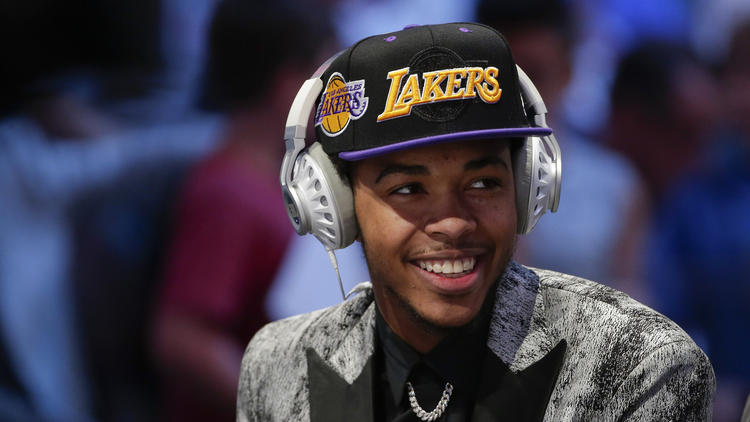 The Portland Trailblazers used a dominant second half to defeat the Los Angeles Lakers 108-87 at Staples Center. Los Angeles has lost ten straight games to Portland.

Despite the final score, the Lakers started the game poised to respond to their Thursday night loss at Portland, who did not lead until the second half. Down one with 6:05 left in the third quarter, D’Angelo Russell and Damian Lillard exchanged words after Lillard did not appreciate some elbow contact from Russell after a whistle. Both players were assessed technical fouls on the play, which became a turning point for the rest of the game.

Portland finished the third period on a 14-6 run on their way to outscoring Los Angeles 44-24 the rest of the way. Lillard, who was cold for most of the night, sprung to life, scoring 13 of his 20 points after the scuffle. Unfortunately, Russell discovered the hard way that you’re better off letting a sleeping dog lay.

More than Lillard catching fire, the Laker’s second half struggles started with their offense. After a 57 point first half, Los Angeles only managed to score 31 points against a Portland defense which is among the league’s worst. Julius Randle (2/9) and Russell's (4/14) poor shooting led the team’s 38.6 percentage for the game.

One play which sticks out in particular occurred in the fourth quarter when the Blazers were trying to put the game beyond reach. Brandon Ingram (11 points) cooly knocked down a three pointer and the Lakers forced a poor shot from Al Farouq Aminu on the ensuing possession. With the crowd suddenly alive sensing an opportunity, Russell denied a ball screen, and created zero separation before giving it off to Jordan Clarkson who fired an air ball from distance. When they needed a good offensive possession, the ball did not even penetrate the three point line. Lillard responded with a basket and a foul at the other end.

On the bright side for Head Coach Luke Walton, Luol Deng (14 points, 6 rebounds) played with a lot of energy Tuesday night. He filled the lanes on fast breaks and looked to attack early, giving the Laker offense a nice boost to start. Deng made a few nice rotations on defense and contributed all-around for a solid game.

The Lakers travel to San Antonio to take on the Spurs Thursday night. Tip-off is at 5:30pm PST.