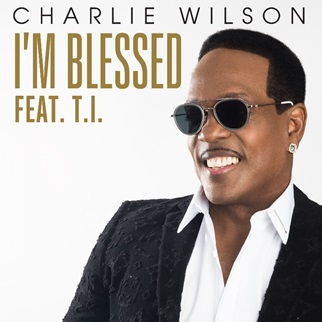 Eleven-time Grammy nominee, Charlie Wilson, has released “I’m Blessed” featuring T.I., the first official single from his new album In It To Win It.

"I am excited about my new single, ‘I'm Blessed,’ because it says exactly where I am in my life, blessed to still be making music that people want to hear" said Charlie.  "2016 has been a tough year for so many people around the world and I am proud to release a song that reminds us that we can all find some blessings in our lives.  Having T.I. add his flavor to the song and share who he is and how his journey is filled with blessings is an added bonus."

On February 8, 2017, Wilson will kick off his headlining national arena “In It To Win It Tour” in Norfolk, VA, with special guests Fantasia, Johnny Gill and pop music duo Solero. Every ticket purchased online via Ticketmaster comes with one physical copy of the In It To Win It album.

IN IT TO WIN IT – TOUR DATES

Additional dates will be announced soon.