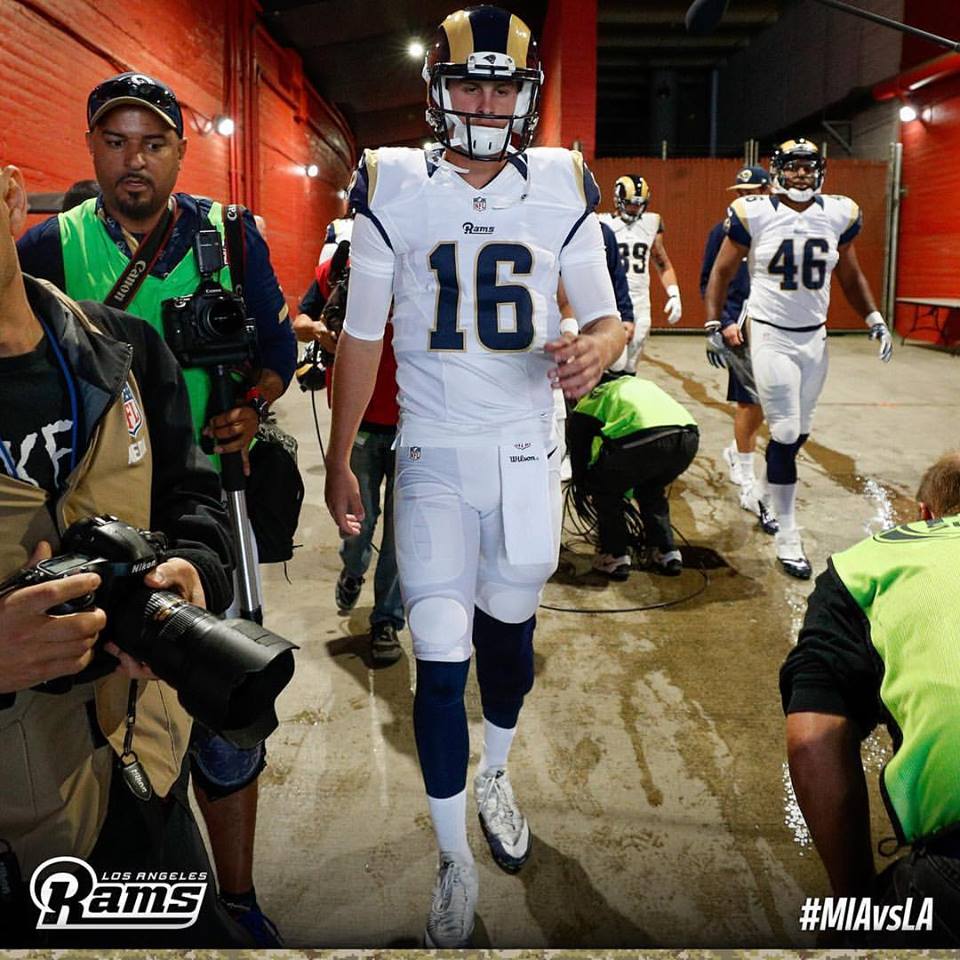 The Los Angeles Rams lost to the Miami Dolphins 14-10, despite leading for a majority of the game.

The Rams' defense played three and a half quarters of dominant football as Ryan Tannehill and the Miami offense were held scoreless most of the afternoon. Then inexplicably, the defense disappears after they give up two touchdowns spurred by a pair of costly penalties in the final six minutes.

It’s unfair to place complete responsibility for the loss on the defense. Due to the lackluster play of quarterback Case Keenum and a disappointing rushing attack, the Rams haven’t scored more than 10 points in a game during the first five weeks. Holding opposing teams to single digits is quite difficult, but if the Rams want to win, the defense must play perfect football.

“Unfortunately, where we are offensively we’re going to have to play good defense and get turnovers,” said Rams coach Jeff Fisher. Looking ahead to next Sunday, he added, “You’re not going to want to play us next week because [our] defense is disappointed.”

Earlier in the week, Fisher made the quarterback change fans had been clamoring for; swapping the inconsistent Keenum for highly touted rookie Jared Goff. This year’s first overall draft pick out of Cal, Goff threw for 134 yards and zero touchdowns in his first career start. On the bright side, he didn’t throw an interception.

“As far as Jared [Goff] is concerned, he did a really good job,” Fisher said. “He’s disappointed in the outcome of the game but you can see the light. There’s light there for him.” Sunday’s loss was a career milestone for Fisher, but not one to be proud of: he tied Tom Landry for second place on the all-time loss list (162).

Goff led a touchdown drive on the Rams second possession of the game. Running back Todd Gurley (76 rushing yards) burst threw the Dolphins’ front line to score from 24 yards away. The touchdown ends Gurley’s five game streak without reaching the end zone.

The Dolphins first scoring drive was assisted by a 15-yard penalty for unnecessary roughness. Linebacker Alec Ogletree was the guilty party, but he also led the team in tackles (11) for the afternoon. Pro Bowl defensive tackle Aaron Donald received a 10 yard penalty for roughing the passer on Miami’s game winning drive. With the team’s small margin for error, these examples of undisciplined play are inexcusable.

The Rams record falls to 4-6. Next week they face Drew Brees and the New Orleans Saints. The game kicks off at 10:00am PST.