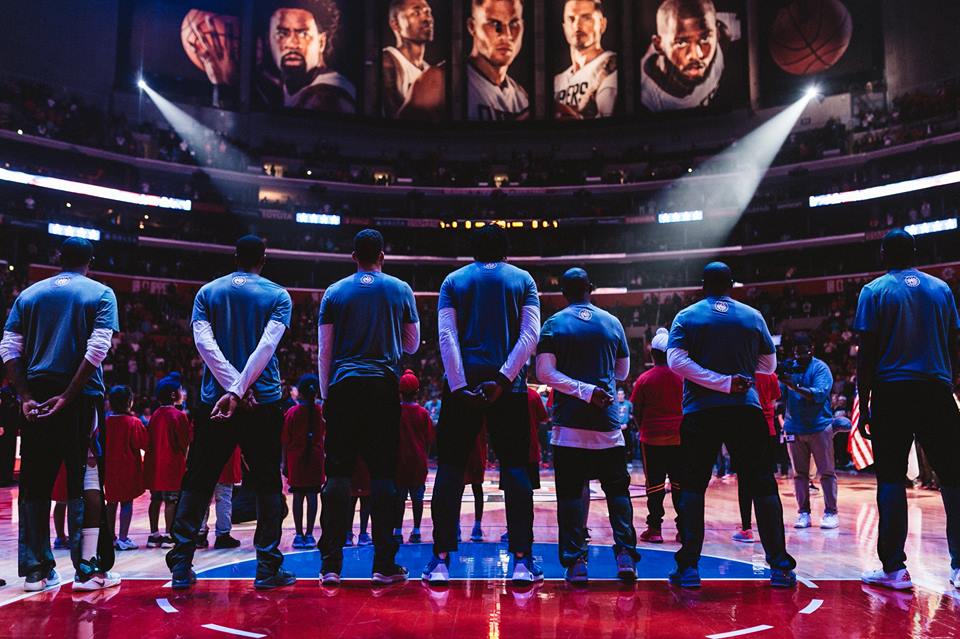 The Los Angeles Clippers fell at home to the Memphis Grizzlies 111-107, their second loss of the season. After overcoming a fifteen point halftime deficit, the Clippers took the lead late in the fourth quarter, but the Grizzlies prevailed thanks to a 6-0 run to close the game.

The two teams are former playoff nemeses, meeting in consecutive first-round series (2012, 2013) and splitting their match-ups. With the same core players on either side, it’s safe to say that tempers would inevitably flare between these equally physical squads.

Words were exchanged early in the second half when Andrew Harrison of Memphis tackled Luc Richard Mbah a Moute on a breakaway layup attempt; Harrison was subsequently charged with a flagrant 1 foul. The Clippers–down 13 at the time–appeared to use the foul as fuel for their fire, and shifted momentum in their favor. They tightened up their defense, winning the third quarter turnover battle 7-1, and executed sets to free up the sharpshooting JJ Redick (29 points) for long jumpers.

After cutting the Memphis lead to seven entering the fourth quarter, Jamal Crawford got hot from the field. Crawford scored all 15 of his points in the second half, and pinned the Grizzlies against the ropes when the first unit reentered the game. Redick’s seventh three pointer of the second half, with 3:13 left to play, gave the Clippers their first lead since the early second quarter. Memphis’ Mike Conley (30 points) responded with his seventh three of the game, and put his team up 103-101.

Clippers head coach Doc Rivers called timeout, and both teams traded baskets thereafter. With the score knotted at 105, Chris Paul used a DeAndre Jordan pick from the right wing to get to his sweet spot–the elbow–for a pull-up jumper. Two-points, and the Clippers regained the lead with a minute remaining.

James Ennis made one of two free throws, to cut the Los Angeles lead to one point. Coming out of a timeout, Crawford, facing a trap, threw an errant pass which was tipped and stolen by the Grizzlies. Conley isolated at the top of the key, drove to the hoop, and kicked out to a wide open Marc Gasol in the corner. His three-pointer put the Grizzlies up for good.

“I made a bad read. I saw Mike turn the corner, I thought I needed to help, and I made the wrong decision,” DeAndre Jordan said when asked about the Gasol three-pointer.

Thanks to the Grizzlies lights-out shooting from three (15-26), 111 is the most points given up by the Clippers top ranked defense so far this season. They have little time to regroup before their next game Friday against Sacramento. ESPN will broadcast the Pacific Division meeting, which tips off at 7:30 PST.