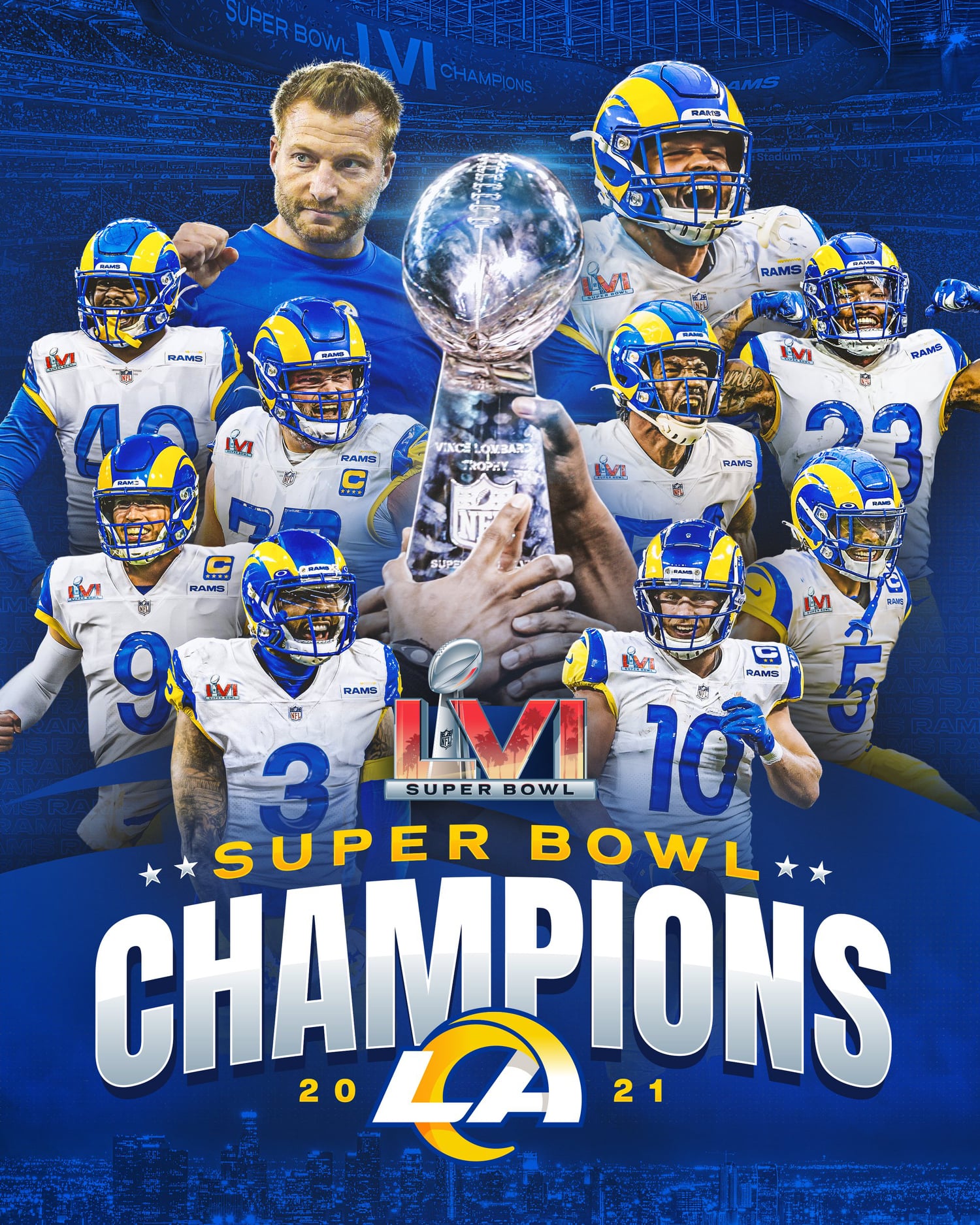 The Los Angeles Rams won Super Bowl LVI 23-20 against the Cincinnati Bengals on their home turf in California.

Mayor Eric Garcetti announced tonight that the City of Los Angeles will build and display a temporary installation over the Hollywood Sign this week to celebrate the Super Bowl LVI Champion Los Angeles Rams.

The temporary installation – a partnership between the City, the Rams, the Hollywood Chamber of Commerce and the Hollywood Sign Trust – will transform the Hollywood sign to read “Rams House.” It will be built and displayed Monday through Wednesday.

“What a day in Los Angeles – the Rams are Super Bowl Champions,” said Mayor Eric Garcetti. “This town has the best teams and fans in the world, and we can’t wait to show off our L.A. pride with a display that only Hollywood could deliver. Go Rams.”

Kupp recorded eight receptions for 92 yards and two touchdowns, including the game-winning touchdown catch with 1:25 remaining in the fourth quarter. He also had seven rushing yards.

Kupp joins Pro Football Hall of Famer JOE MONTANA (1989) as the only players to win Associated Press Offensive Player of the Year and Super Bowl Most Valuable Player in the same season.

The award is chosen by a panel comprised of 16 media members and fans interactively through the National Football League’s official website, NFL.com.