Sean Penn To Be Honored With Bob Hope Humanitarian Award 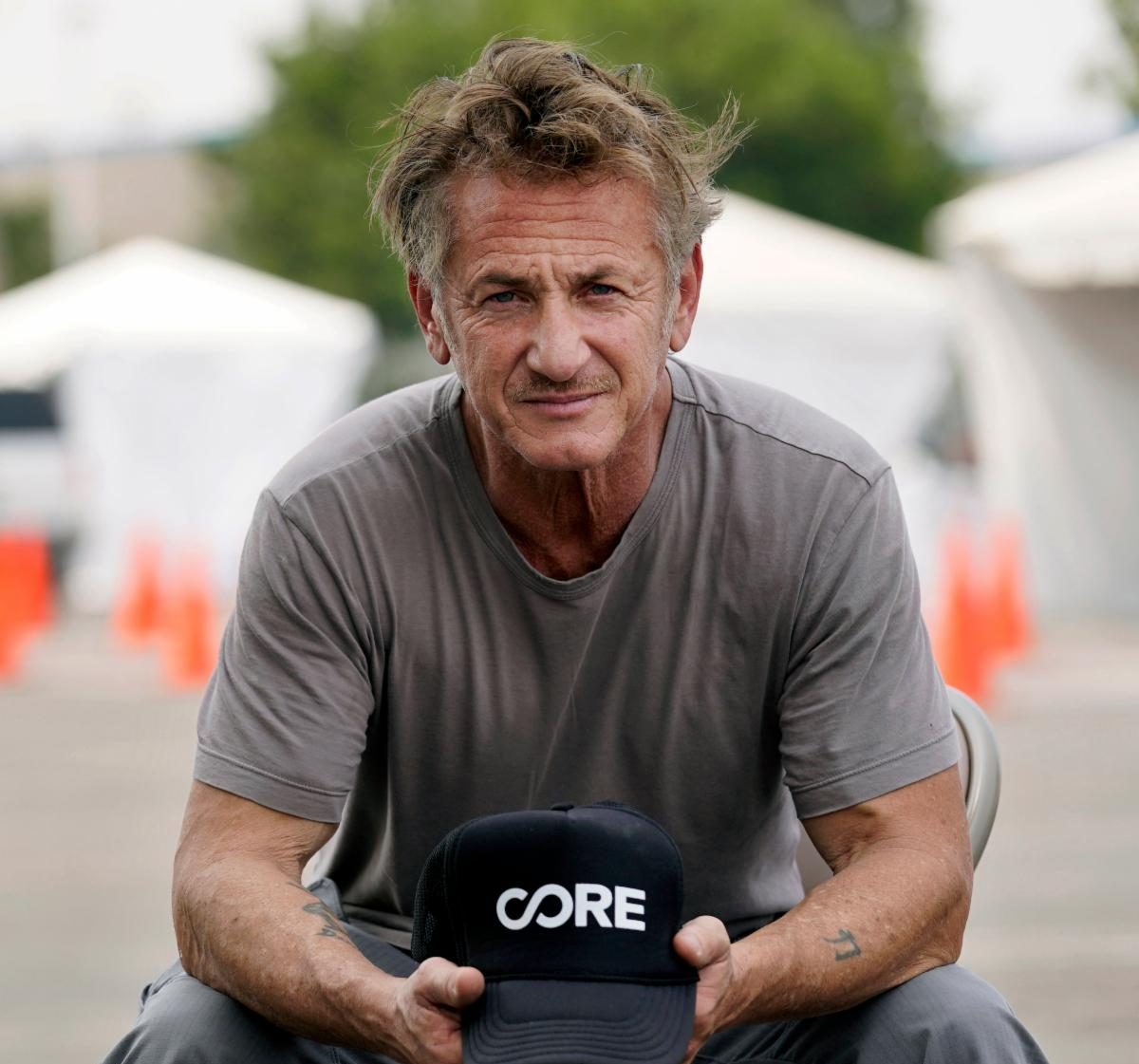 The Television Academy today announced the induction of six television legends into the 26th Hall of Fame as well as honoring acclaimed actor/director/activist Sean Penn with the Bob Hope Humanitarian Award.
The Hall of Fame event will take place Wednesday, Nov. 16, at the Television Academy’s Saban Media Center and includes the unveiling of new busts of previous inductees, the induction of the 2022 Hall of Fame recipients, and the presentation of the Bob Hope Humanitarian Award.
The Hall of Fame honors persons who have made outstanding contributions in the arts, sciences or management of television over a lifetime career or via singular achievements.
The complete list of the new honorees includes:
Debbie Allen – The six-time Emmy®-winning director/choreographer has had a celebrated career spanning three decades, starring in hit series including Fame and in the Broadway revival of West Side Story. She has also worked extensively behind the scenes with legendary artists and on popular television series, including Scandal and How to Get Away With Murder.
Ken Burns – The 16-time Emmy® winner has been making exceptional documentary films for over 40 years, earning acclaim for his work that includes: The Civil War, Baseball, The Vietnam War, The National Parks: America’s Best Idea, The Central Park Five and most recently The U.S. and the Holocaust.
Bob Daly – The television executive and entertainment industry visionary began his career at age 18 at CBS, becoming their first president of entertainment and continuing his association with the network over the span of 25 years. He then led Warner Bros. to record successes in the 1980s-1990s, leading the teams behind record-breaking television series including Friends and ER, pioneering the creation and use of DVDs, and creating The WB Network.
Robert L. Johnson – As the founder of Black Entertainment Television (BET), Johnson changed the face of television with the creation of the nation’s first Black-owned cable television network. In 1991, BET became the first black-owned company traded on the New York Stock Exchange. In 2007, USA Today named Johnson one of the “25 Most Influential Business Leaders of the Past 25 Years.” In 2014, Johnson entered the streaming programming business with the launch of ACORN TV, British mysteries and drama, and ALLBLK, Black-oriented series and movies.
Rita Moreno – The acclaimed actress and EGOT winner has countless credits from more than seven decades in the entertainment industry, starring in critically acclaimed series including: The Electric Company, Sesame Street, Nine to Five, Oz, Cane, Happily Divorced, Jane the Virgin, and the Latinx reimagining of Norman Lear’s beloved classic, One Day At A Time. Moreno’s career accolades also include the Presidential Medal of Freedom from President George W. Bush, the National Medal of Arts from President Barack Obama, the Screen Actors Guild Life Achievement Award, the Life Achievement Award from the Kennedy Center Honors and the Peabody Award.
Donald A. Morgan, A.S.C. – The 11-time Emmy® winner built a long-lasting career as director of photography and lighting design on both classic and current series including Good Times, The Jeffersons, Three’s Company, Mr. Belvedere, The Golden Girls, Home Improvement, The Ranch and The Connors.
“These legendary performers, creators, craftspeople and television executives are luminaries in our industry. Their work has influenced and immeasurably elevated the current television landscape and culture,” said Frank Scherma, chairman and CEO of the Television Academy. “We are proud to induct these trailblazers into the Hall of Fame and honored to celebrate their extraordinary contributions to our industry.”
Additionally, the Academy will honor award-winning actor, director and humanitarian Sean Penn with the Bob Hope Humanitarian Award for his decades of activism. The award was established in 2002 to honor an individual whose philanthropic efforts exemplify Bob Hope’s own decades-long altruism and positive impact on society. This year’s selection committee was chaired by Television Academy Governors Kim Coleman and Michael Spiller. It is one of the highest honors presented by the Television Academy’s Board of Governors, in conjunction with the Bob & Dolores Hope Foundation.
After the devastating 2010 earthquake in Port-au-Prince, Haiti, Sean Penn founded the Community Organized Relief Effort (CORE) and has since expanded its mission to bring community-focused aid and recovery to underserved populations across the globe, while maintaining operations in Haiti. Penn worked with the Los Angeles Fire Department at the onset of COVID-19 and staffed up to operate mass testing and vaccination sites at Dodger Stadium and other sites around the country as well as to activate a nimble, mobile response to reach the most underserved groups. More recently, CORE has deployed a long-term humanitarian response in Ukraine and the surrounding region and has programs in coordination with local partners to support the urgent needs of communities suffering from natural disasters in Puerto Rico, Florida and Pakistan.
“Sean’s activism and immense humanitarian efforts have had a profound impact on the global community, and he has effectively used his platform to motivate change,” said Kim Coleman, co-chair of the Humanitarian Award Selection Committee. “Sean is responsible for getting help to people who need it the most. From Haiti to Ukraine to Los Angeles, he is an inspiration to us all,” said co-chair Michael Spiller.
The 2022 Hall of Fame honorees join more than 150 individuals previously inducted into the Hall of Fame since its inception in 1984. The coveted honor has been bestowed upon actors, comedians, directors, producers, costume designers, writers, animators, executives, reporters and various other individuals whose work in television has no equal.
This year’s Hall of Fame selection committee included chair Rick Rosen, WME co-founder and head of television; Marcy Carsey, Emmy Award-winning producer; Pearlena Igbokwe, chairman of Universal Studio Group; Peter Roth, former chairman of Warner Bros. Television Group; Nina Tassler, co-chief executive officer of PatMa Productions; and Dana Walden, chairman of Disney General Entertainment Content.
Prior to the induction ceremony, the Academy will unveil four new busts of previous inductees in the treasured Hall of Fame sculpture garden. They are screenwriter/producer/author Shonda Rhimes, actress/comedian/producer Julia Louis-Dreyfus, comedian/actress/television host Joan Rivers and journalist/producer/author Katie Couric.
Sponsors for the Hall of Fame include Kia America and PEOPLE.