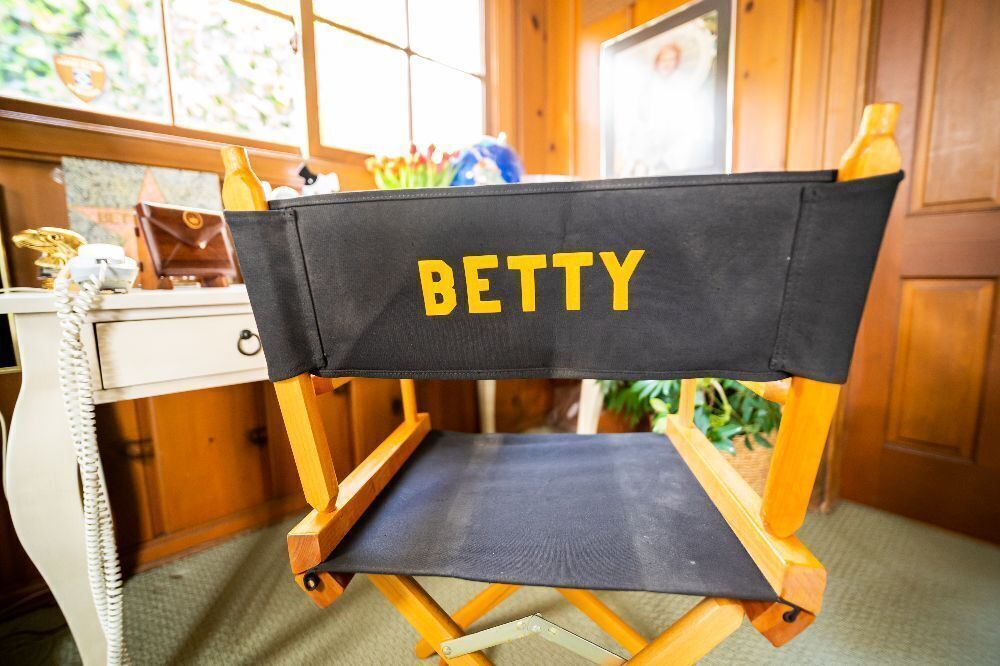 In a white glove event where every item was sold, Julien’s Auctions, the acclaimed auction house to the stars, held on Friday, September 23rd through Sunday, September 25th their headline-making “PROPERTY FROM THE LIFE AND CAREER OF BETTY WHITE,” auction featuring an incredible line-up of over 1,600 lots featuring memorabilia, wardrobe, art, jewelry and more from the legendary and beloved pop culture icon, in front of a live audience in Beverly Hills and online with thousands of bidders, fans and collectors from around the world participating at juliensauctions.com.

At the centerpiece of this three-day event, Julien’s Auctions presented a number of iconic items from the hit television show The Golden Girls. A director’s chair used by Betty White during the production of The Golden Girls sold for an incredible $76,800, seventy-six times its original estimate of $1,000.

An impressive assortment of items from her homes, including furniture, artwork, collectibles, decorations, personal wardrobe and more were also top highlights including: the sunny yellow-painted front door from Betty White’s longtime Brentwood residence sold for an incredible $10,000; a circa 1950s oil painting of Betty White wearing a red and white dress and opera gloves sold for $43,750; “Waiting For His Master,” King Charles Spaniel painting by Sir Henry Edwin Landseer sold for $22,400; “Leopard Watching Game from the Limb of a Tree (Serengeti),” painted by Gary Swanson sold for $19,200; a large and beautiful decorative needlepoint wall hanging of exotic birds and butterflies brought in $22,400; a vintage sapphire and diamond nest ring sold for $11,520; a sapphire and diamond pendant necklace worn on The Mary Tyler Moore Show sold for an astounding $35,200, thirty-five times its original estimate and more.

“You would be hard-pressed to find an individual as iconic and well-loved as Betty White, whose impact is absolutely multi-generational,” said Martin Nolan, Executive Director of Julien’s Auctions. “This auction represented a collection unlike anything we have ever seen before which brought in record-breaking results and thousands of Betty’s most loyal fans from all over the world who participated. Julien’s Auctions is so honored to have shared this collection with the world, and to have paid tribute to this American pop culture legend during this three-day celebration.”