Johnny Depp And Amber Heard’s LA Penthouse Is For Sale 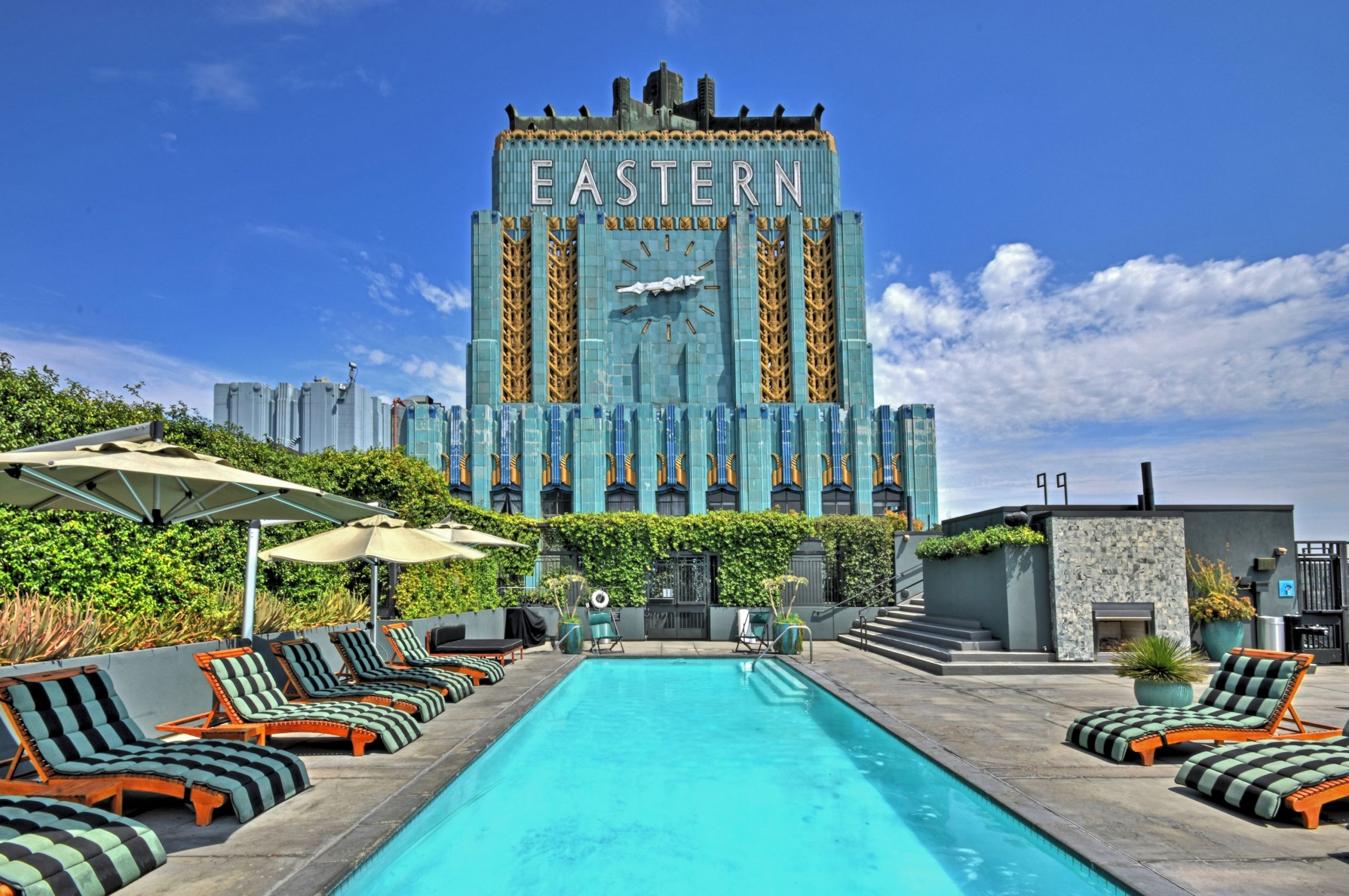 With all the notoriety Johnny Depp and Amber Heard attracted during their headline-making court case, what better time for a new owner to put the Depp-Heard love nest on the market? Though only married for 15 months, the Los Angeles building was their home and, according to the listing agent, the one-bedroom penthouse was where they “spent a good amount of their time.” Depp actually owned five of the penthouses atop Downtown LA’s iconic Eastern Columbia Building. Following his 2016 divorce from Heard, he listed and sold all of them for a total of $12.78 million. Now, one of the apartments, the one-bedroom, two-bath penthouse, is again for sale – priced at $1.765 million.

Depp is well known for his acting in his many movies, including Edward ScissorHands and Disney’s Pirates of the Caribbean series, but he is almost as well known for his penchant for owning eccentric real estate, which shows off the imagination that has proven to be a part of his fame. Johnny was one of the highest-paid actors in Hollywood and could afford to buy almost any attractive or unusual property he desired. And he did! 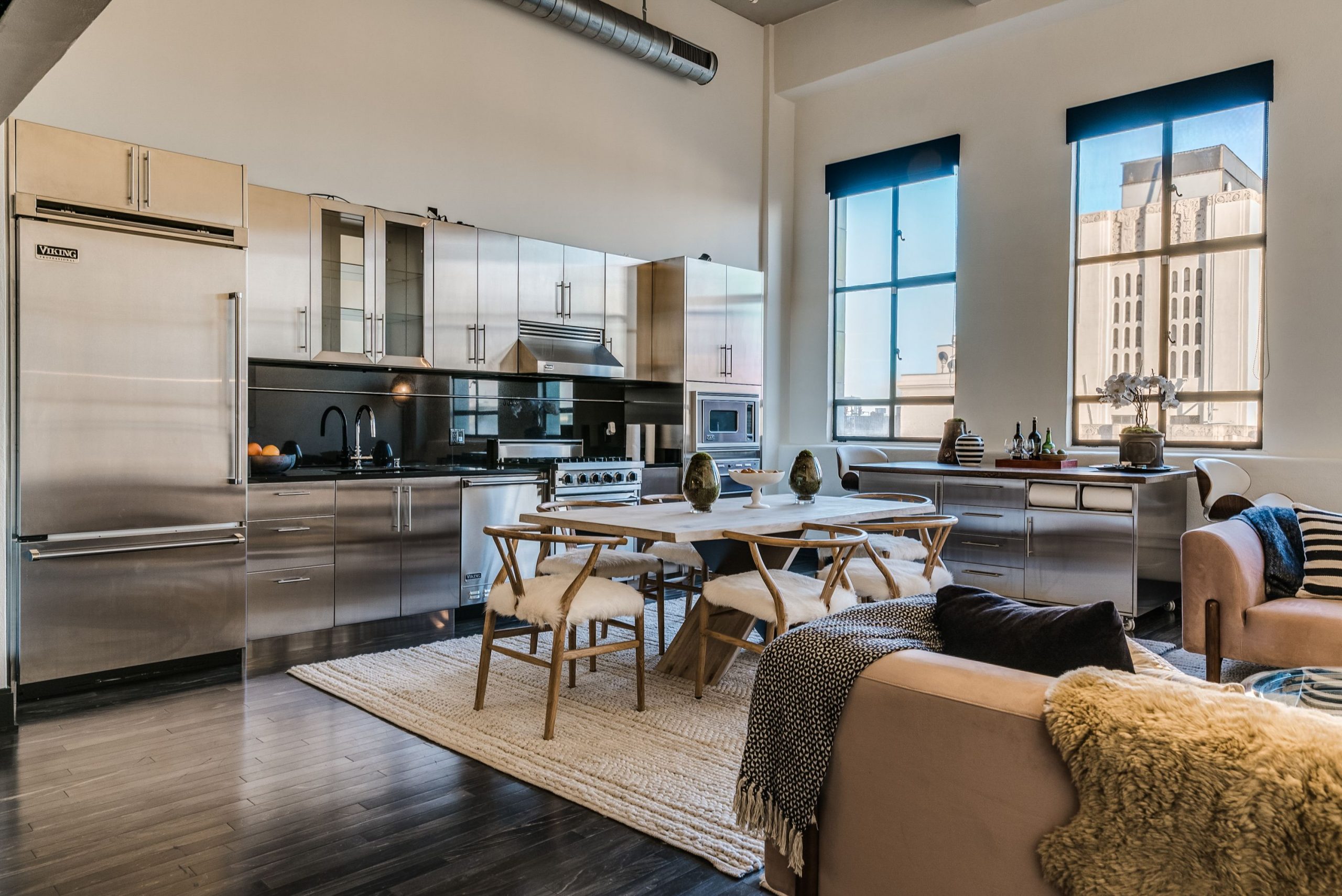 Depp, who was born in Owensboro, Kentucky, owns or has owned a 45-acre island in the Bahamas that caught his eye when he was filming Pirates of the Caribbean, a collection of expensive homes in the Hollywood Hills that he planned on connecting with a series of tunnels, a Kentucky horse farm that he bought for his mother, an entire French village near St. Tropez, and the five LA penthouses.

Johnny’s love life has been about as interesting as his real estate holdings. In addition to the Amber Heard marriage, he was married to makeup artist Lori Anne Allison when he was just 20 years old. And a long line of engagements or serious dating, including Sherilyn Fenn, Jennifer Grey, Winona Ryder, Ellen Barkin, Kate Moss, and French singer-actress Vanessa Paradis. Rumors are that Johnny is now getting back together with Moss who was a partner with Depp for some of his more nefarious adventures, such as his 1994 arrest for trashing a hotel room in New York City. 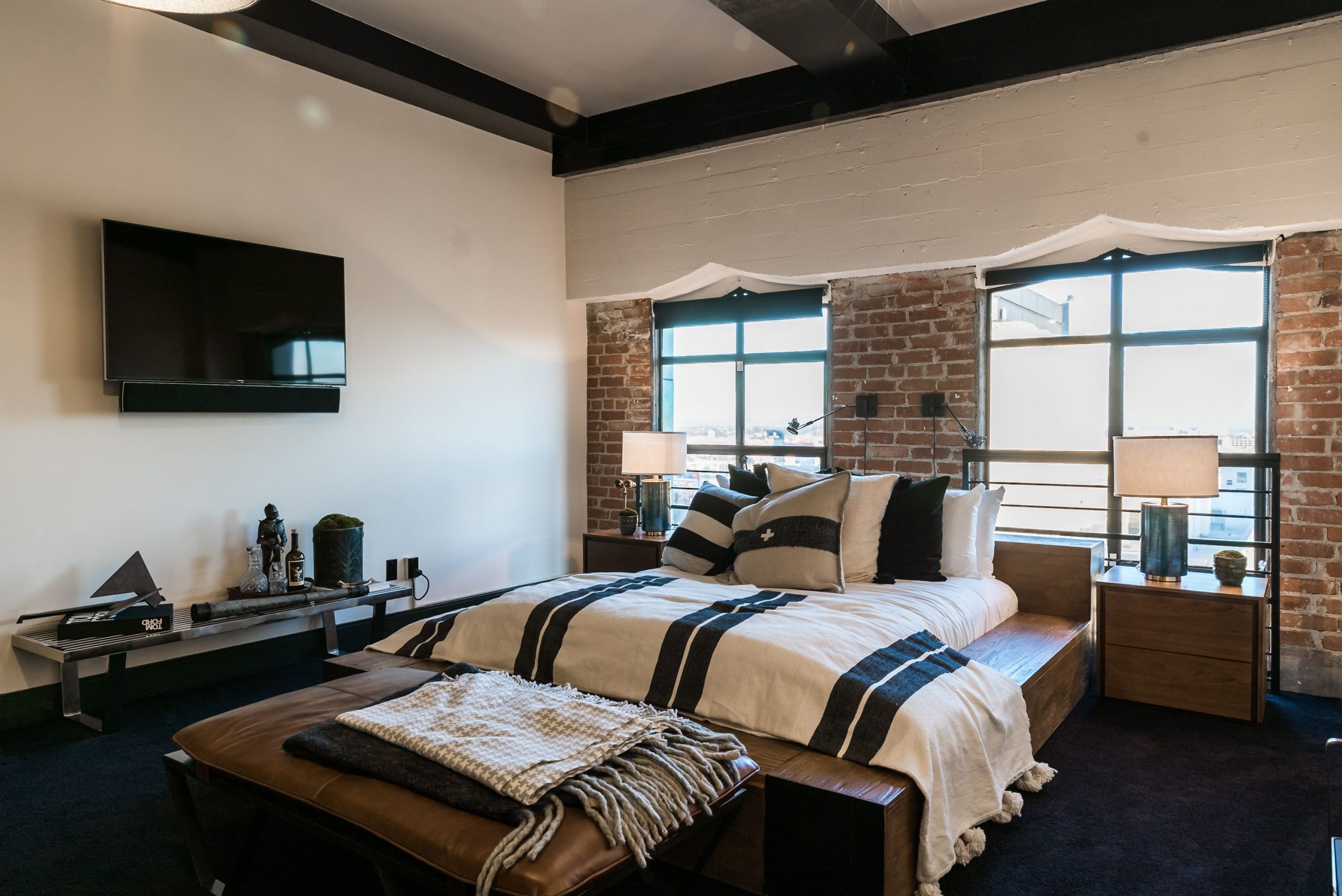 The LA two-story, one-bedroom penthouse is located in one of the city’s most historic buildings and features 1,780 square feet, soaring ceilings, and a cozy lounge area on the staircase landing. In addition to its great walkability to restaurants and shopping, the building’s amenities include a rooftop saltwater pool, fitness studio, spa, sundeck, Zen garden, and 24/7 concierge service. The listing agents are Ernie Carswell and Rick Tyberg of Douglas Elliman, Beverly Hills. 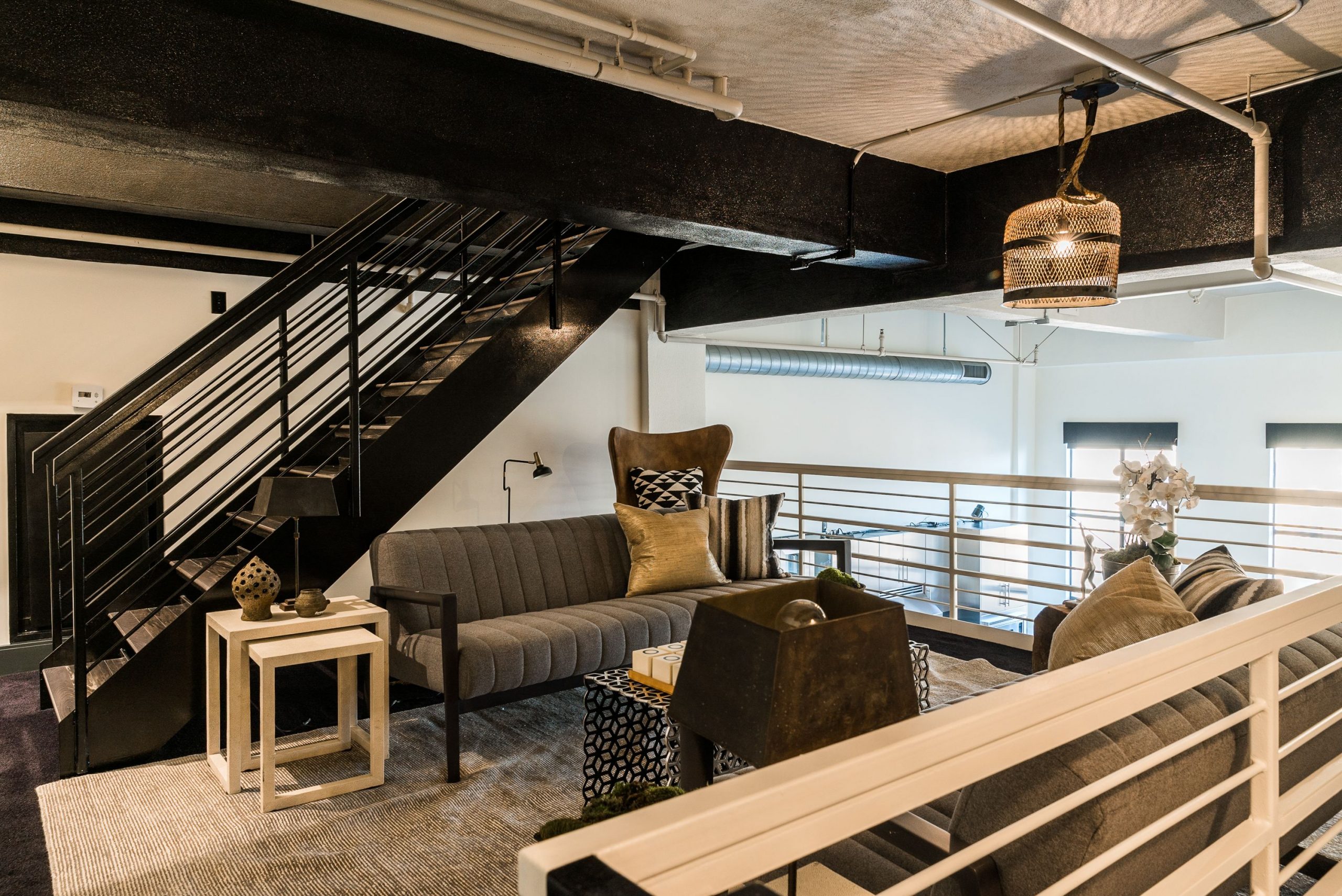