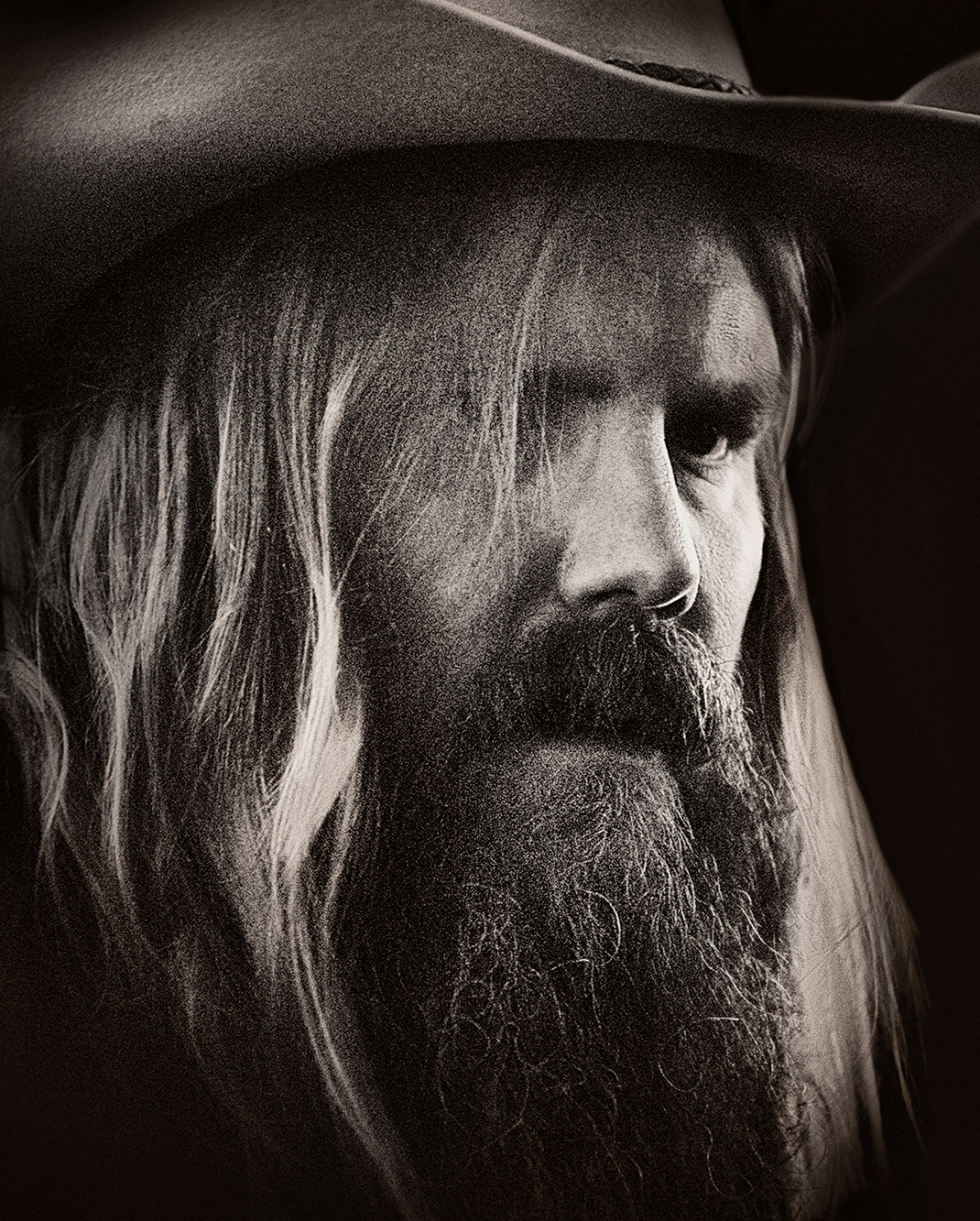 The Country Music Hall of Fame® and Museum will highlight the musical contributions of Chris Stapleton in its newest exhibition, Chris Stapleton: Since 1978, presented by Ram Trucks. The exhibit, which opens July 1 and runs through May 14, 2023, will chronicle the course of Stapleton’s multi-faceted musical career, from his Kentucky roots and success as a Nashville songwriter to his rise to stardom as one of country music’s most powerful and unique voices.

A dynamic singer, songwriter and musician, Stapleton has collaborated with artists ranging from Country Music Hall of Fame member Bobby Bare and Carlos Santana to pop stars Justin Timberlake and P!nk. Before his breakout success in 2015 with his quadruple-platinum album Traveller, he proved his musical mettle for more than a decade as an in-demand songwriter in Nashville. In addition to Stapleton’s own hit recordings, more than 170 of his songs have been recorded by a diverse roster of artists, including Luke Bryan, Kenny Chesney, Alison Krauss and Union Station, George Strait, Sheryl Crow, Thomas Rhett, Lee Ann Womack and many more.

“Chris Stapleton is a powerful and emotive singer, a prolific and poetic songwriter and a skilled and expressive guitar player,” said Kyle Young, chief executive officer for the Country Music Hall of Fame and Museum. “His rise as a successful artist may have seemed instantaneous to many, but he has been a force in country music for more than 20 years – whether writing hit songs for other country artists or contributing to studio recordings. Throughout it all, he has maintained his own unique perspective by staying true to his authentic self and artistic vision, and he continues to open the door to country music for new fans across generations and genres.”
Stapleton was born April 15, 1978, and raised in rural, mountainous Johnson County, in eastern Kentucky. He began writing songs and playing guitar in his teens, teaching himself to play the instrument after taking one formal lesson. Stapleton found inspiration in a diverse range of artists and musical styles, from fellow Kentuckians Ricky Skaggs, the Judds and Dwight Yoakam to soul singer Otis Redding, blues artist Freddie King and rock artists Aerosmith and Tom Petty & the Heartbreakers.

The summer after his high school graduation, in 1996, Stapleton moved to Nashville to attend Vanderbilt University and study biomedical engineering. Lacking passion for his studies, he returned to Kentucky after his first year and eventually dropped out of college completely. He sold cars, drove an ice truck, and worked at a pizzeria while writing songs and playing in bars.

It wasn’t until Stapleton met and collaborated with Nashville songwriter Steve Leslie that he realized it was possible to pursue a career in songwriting. With encouragement from Leslie and Sea Gayle Music publishing executive Liz O’Sullivan, he moved back to Music City in 2001 and signed with the publishing company, becoming a full-time songwriter without aspirations of a career as a performing artist.

Gary Allan (“Drinkin’ Dark Whiskey”) and Patty Loveless (“Higher Than the Wall”) were among the first to release songs written by Stapleton, in 2003, and he scored his first Billboard #1 hit as a songwriter with Josh Turner’s “Your Man” in 2006. As a songwriter, Stapleton has also earned Billboard #1 songs with Kenny Chesney (“Never Wanted Nothing More,” 2007), Darius Rucker (“Come Back Song,” 2010), Luke Bryan (“Drink a Beer,” 2014) and Thomas Rhett (“Crash and Burn,” 2015), as well as three of his own recordings.

Also in 2006, Stapleton joined the bluegrass band the SteelDrivers as lead singer, guitarist and songwriter, contributing to a live album and two studio albums before leaving the group in early 2010. Later that year, his blues-influenced rock band, the Jompson Brothers, released their first and only album. Stapleton’s voice was also sought-after in the recording studio, and he sang background vocals on songs he co-wrote for several well-known country artists, including Luke Bryan, Jake Owen and Thomas Rhett.

Stapleton’s first solo success came in 2015 with his debut album, Traveller, which was inspired by an 11-day road trip he took after the death of his father. He wrote the album’s title track during the cross-country journey after picking up a 1979 Jeep Cherokee that his wife, Morgane, had purchased for him in Arizona. The trip—and the subsequent recording of the album at historic RCA Studio A with co-producer Dave Cobb—marked a turning point in which Stapleton embraced his own distinct, blues-influenced style and pursued artistic freedom.

Stapleton catapulted to stardom after a rousing performance with pop star Justin Timberlake at the 2015 Country Music Association Awards. He also took home all three CMA awards for which he was nominated that year: Male Vocalist of the Year, Album of the Year and New Artist of the Year. Following the show, Traveller rose to #1 on both the country album chart and the all-genre Billboard 200 album chart, and his recording of “Tennessee Whiskey” shot to #1 on Billboard‘s Hot Country Songs chart.

Stapleton soon began headlining arenas and followed Traveller with two more successful albums, From A Room: Volume 1 and Volume 2, in 2017. In February 2018, Traveller and both volumes of From A Room occupied the first three slots on Billboard‘s Top Country Albums chart, a feat previously only accomplished by Country Music Hall of Fame member Garth Brooks and Charlie Rich. Stapleton continued this momentum with his 2020 album Starting Over, which debuted at #1 on Billboard‘s country album chart and earned two more Billboard #1 singles, “Starting Over” (2021) and “You Should Probably Leave” (2022).

Stapleton remains a top-selling recording artist and touring act with his band, the Honchos, and has accumulated armloads of awards, including 9 Academy of Country Music awards, 14 Country Music Association awards and 8 Grammys. His wife, Morgane, an accomplished singer and songwriter herself, is a key member of his band and plays a large role in Stapleton’s career, including helping select songs for his albums.

Items featured in Chris Stapleton: Since 1978 include clothing, guitars, awards and other personal artifacts from Stapleton. Some artifact highlights include:

More information about this exhibition can be found at www.CountryMusicHallofFame.org