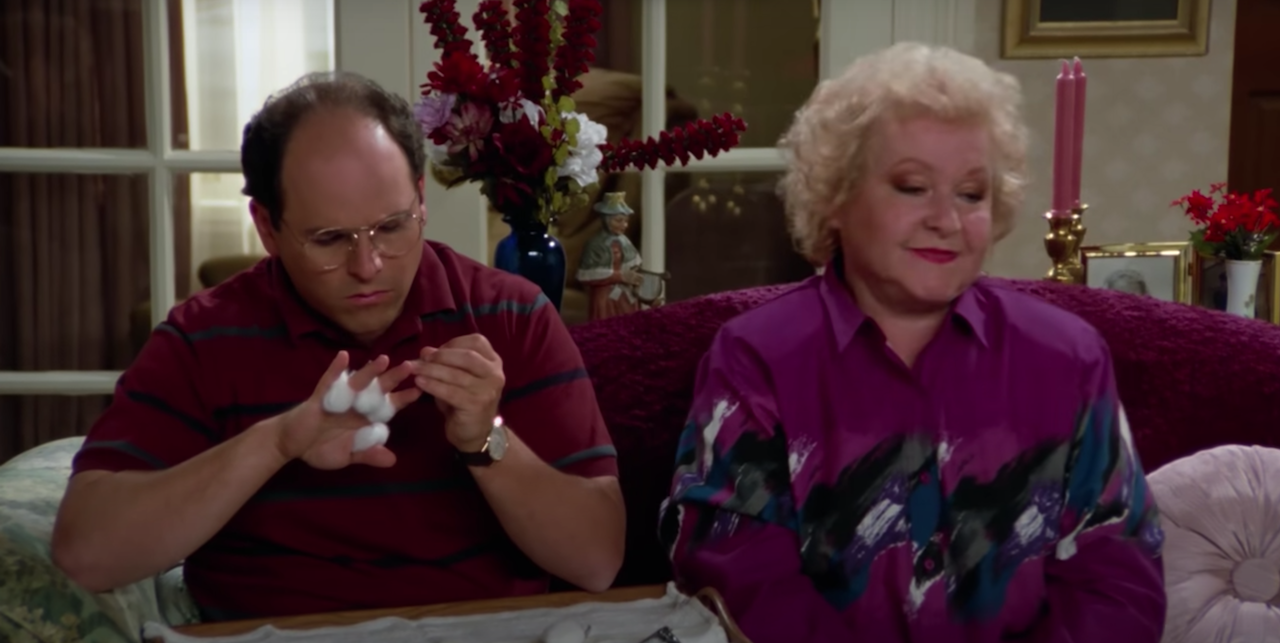 TV audiences knew her best as George Costanza’s mother Estelle on the hit NBC Sitcom “Seinfeld.” The beloved comedic actress, Estelle Harris has dies at the age of 93, according to reports.

Her son confirmed she died of natural causes in Palm Desert, California, just weeks before her 94th birthday.

Estelle appeared on 27 episodes of Seinfeld between 1992 and 1998. Coincidentally, the character was already named Estelle before she booked the role.

Throughout her career she appeared in series such as Futurama, The Looney Tunes Show, Curb Your Enthusiasm, The Suite Life of Zack & Cody, iCarly, ER, Mind of Mencia, Phil of the Future, Dave the Barbarian, Kim Possible, The Proud Family, House of Mouse, Sabrina the Teenage Witch, Godzilla: The Series, The Wild Thornberrys, Hercules, Cybill, Living Single, Moesha, The Mask, Night Stand, Star Trek: Voyager, The Tick, Aladdin, Good Advice, Mad About You, Married… with Children and Night Court.

Estelle also appeared in films: Promoted, CBGB, Playing Mona Lisa, Dancing in September, What’s Cooking?, Lost & Found, My Giant, The Odd Couple II, Chairman of the Board, Out to Sea, Downhill Willie, Perfect Alibi, This Is My Life, Stand and Deliver, Once Upon a Time in America, Summerdog and Looking Up.