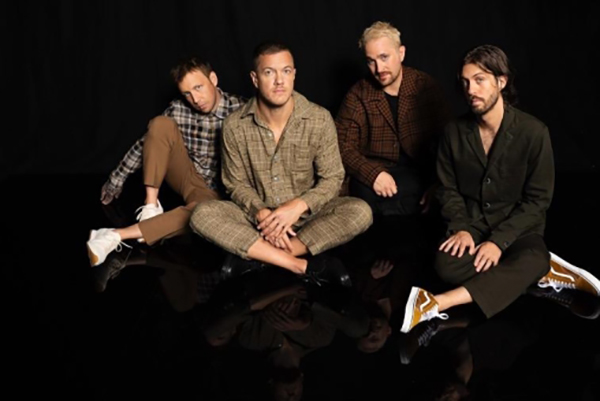 Today, GRAMMY®-winning, multi-Platinum band Imagine Dragons unleash an epic video for their latest single, the defiantly upbeat “Bones.” In the clip, directed by visual pioneer Jason Koenig, a zombie apocalypse plagues Wall Street, turning the trading floor into a ghoulish nightclub complete with scattered limbs, ’80s fashion, and dancing undead. The video for “Bones” made its broadcast premiere on MTV Live, MTVU and on the Paramount Times Square billboards. Watch the video for “Bones.”  The song is available HERE via KIDinaKORNER/Interscope.

Frontman Dan Reynolds is almost unrecognizable in the video as he takes care of business as a day trader. Things take a hard left, however, when brain-eating, dancing zombies appear. In many ways, it’s a love letter to Michael Jackson’s seminal 1983 “Thriller” video — which just happens to be a favorite of Reynolds’ children.

“It definitely served as the inspiration for the ‘Bones’ video,” Reynolds says. “I’ve always loved that ‘Thriller’ was both scary and playful. I didn’t know as a kid if I wanted to watch it again or not for fear of the ensuing nightmares, but I always came back for more with my eyes half-closed.” For his interpretation, the hitmaker came up with a sardonic twist: “The idea of punishing Wall Street with a zombie infection felt like an enjoyable time. And it was.”

Produced by Swedish duo Mattman & Robin, “Bones” is the first taste of Imagine Dragons’ forthcoming double album Mercury — “ACTS 1 & 2” which is scheduled for release on July 1. The double album is available for pre-order HERE.

“Enemy,” has racked up more than 1.6 billion combined global streams across two versions (including a collaboration with GRAMMY-nominated, East Atlanta-based rapper J.I.D). “Enemy,” which was tapped for Riot Games’ animated series “Arcane,” is currently No. 5 at Top 40, No. 7 at Hot AC and No. 5 on the Billboard Hot 100 chart. The song spent 7 weeks at No. 1 at Alternative radio. “Enemy” and “Bones” are destined to be highlights on Imagine Dragons’ Mercury World Tour where summer tour dates were recently added. The summer tour marks the bands biggest North American shows of their career. The tour kicks off this August in Salt Lake City, UT with special guests Macklemore and Kings Elliot on select dates and making stadium stops in Boston, Toronto, and their hometown of Las Vegas before wrapping up in Los Angeles, CA in September. 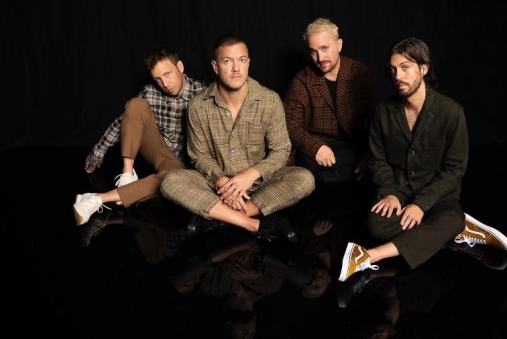