Just over two weeks ago, Helen Woodward Animal Center put out a call for support for the Ukrainian people and their animals.  Not even a week later, in a heartwarming display of compassion and kindness American friends not only answered that call but surpassed the $50,000 requested match.  Now as stories of the over 4 million refugees and their furry friends continue to flood our newsfeed, stateside animal-lovers are proving that they intend to continue to support our far away friends, even as supplies and financial support begin to be dispersed to those in need.

The Center is proud to announce that as of today, $174,427 in aid has been gifted from our animal-lovers to theirs with more to come.

Over four weeks ago, Russia began a full-scale invasion of Ukraine in an escalation of the Russo-Ukrainian War that began in 2014. The largest conventional military attack on a sovereign state in Europe since World War II, millions of Ukrainian citizens have fled their homes with only their most precious possessions, including their beloved pets.  Unfortunately, the safe-passage of furry friends is only one of many challenges Ukrainian animal-lovers are battling.  Some pets have been lost in the scramble to escape the war-torn country; shelter volunteers have been killed in their attempts to care for the remaining shelter pets; food, money, and warmth are in desperate short supply; and Ukrainian shelters are facing destruction and violence. 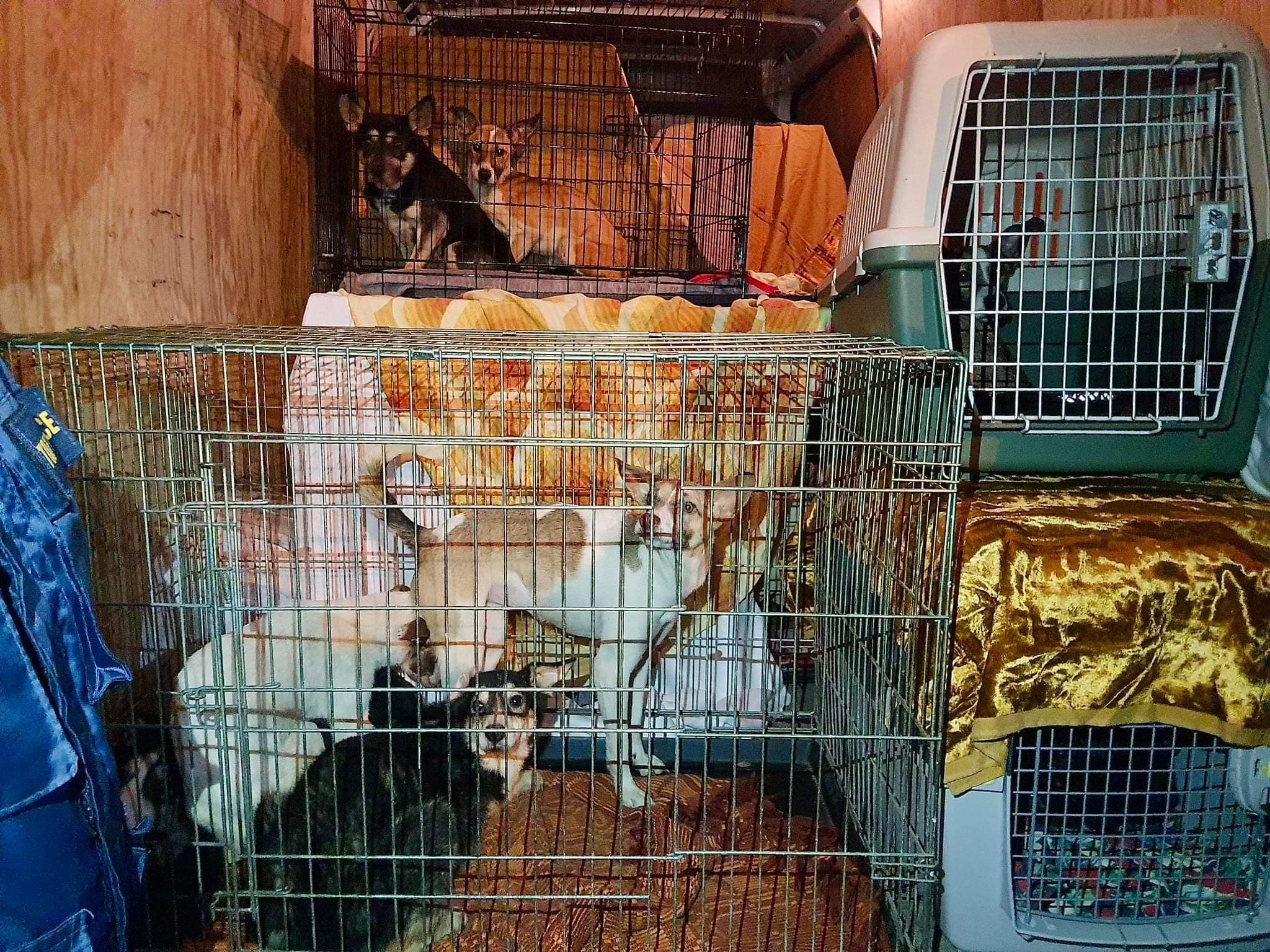 True to its mission of people helping animals and animals helping people, on March 10th, Helen Woodward Animal Center pledged $50,000 to the Ukrainian animal welfare efforts with a heartfelt plea to local animal-lovers to match the pledge for a total of $100,000 in assistance. In less than one week, the request to match the Center’s $50,000 pledge surpassed $67,000.  Famous Center friends like Academy Award winning actress Diane Keaton and social media-famous kitten Smush shared Helen Woodward Animal Center’s campaign with millions of followers on social media and the donations began coming in, in an inspiring show of support.  At the time of this release, the animal-loving community has donated over $124,000, totaling nearly $175,000 with the Center’s original gift.

Helen Woodward Animal Center has facilitated the transfer of these funds to both Ukrainian refugee pet owners, as well as shelters in need within Ukraine through both Tallinn City Government Chief Specialist Hellika Landsmann from the Estonia Animal Welfare Society and General Secretary TOZ Danuta Mikusz-Oslislo from the Polish Society for The Protection of Animals.  Both are communicating with associates from UAnimals, a non-profit Ukrainian animal rights organization, working valiantly to help struggling animal welfare groups trapped in war-torn areas, as well as the pets of the Ukrainian refugees who are arriving in Poland, Latvia and Estonia with little more than a single suitcase and their furry friends.

This weekend, Geit Karurahu from Estonia Animal Welfare Society reported the following: “Yesterday, we transferred half of the donation to UAnimals.  The other half we used for shelter animals who need saving from Ukraine and for pets who have fled from Ukraine with their owners. We are working together with Lithuanian organizations to agree that their country will let animals in and they will keep the animals in quarantine.  We will help them pay the transport, vaccinations and so on.  Our Agriculture and Food Board are visiting pets who have fled here and we let them know that if the animals need more vaccinations or other help that we will help them pay the bill.”

Along with the updates, photos have been sent from both the Estonia and Polish animal welfare groups to show the set up at the border sites along with distribution areas to help Ukrainian pet-owners in need.  Helen Woodward Animal Center is dedicated to sending more in the way of financial support as long at donations continue to come in. 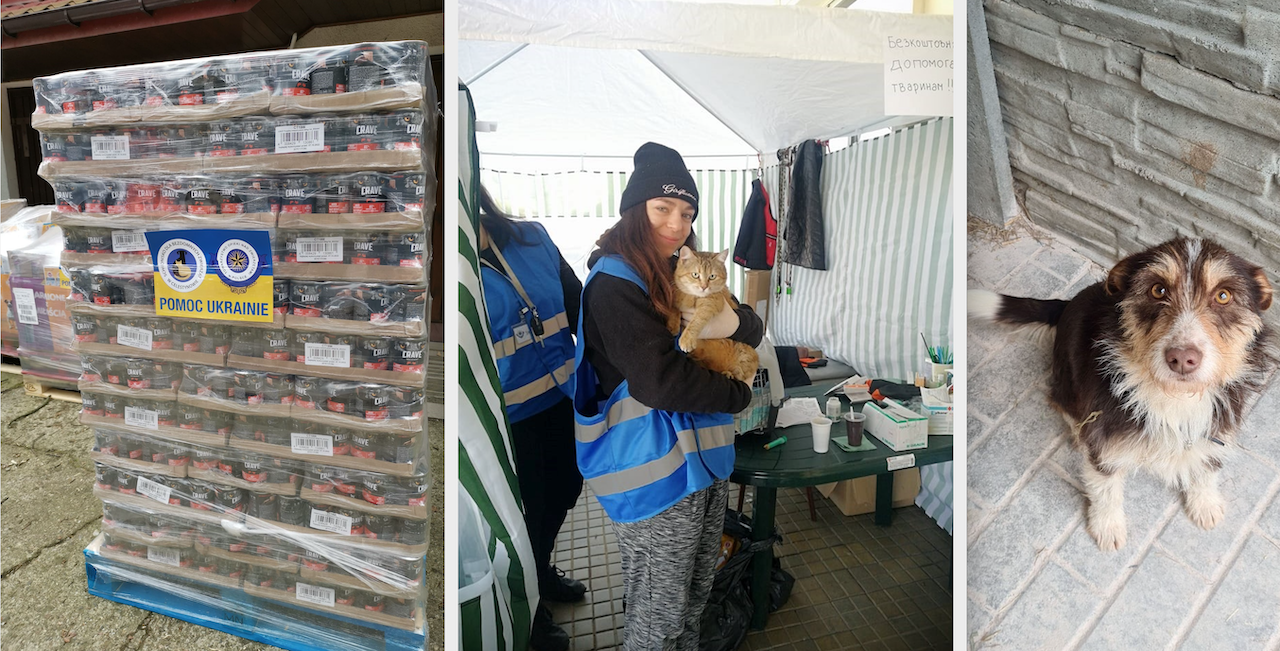 “It is important that donors understand that 100% of everything we have received has been sent directly to support the Ukrainian animal crisis,” explained Helen Woodward Animal Center President and CEO Mike Arms.  “The Center is even covering the cost of any bank fees charged in the wiring of funds so that animal-lovers donating to this cause can rest assured that their money is being utilized to assist with relief efforts and to ensure that loving pets are provided food, warmth and medical attention.”

To help or for more information head to www.animalcenter.org/ukraine. You can also call 858-756-4117, or visit Helen Woodward Animal Center at 6461 El Apajo Road in Rancho Santa Fe.