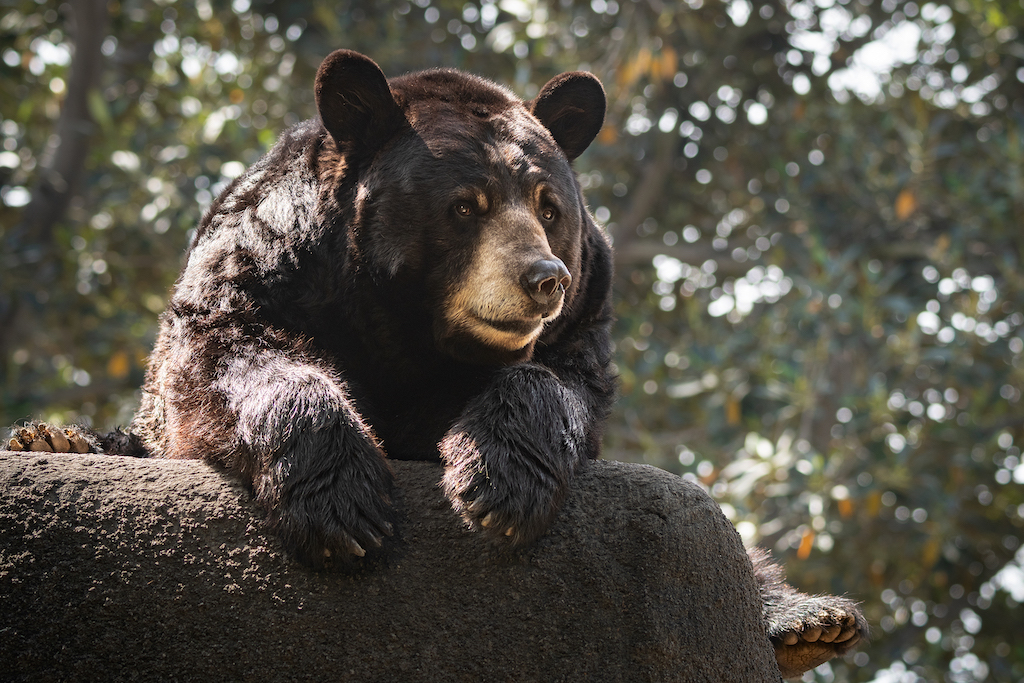 The Los Angeles Zoo’s animal care and veterinary teams made the difficult decision to euthanize 25-year-old male American black bear Ranger yesterday due to his declining health and decreased quality of life. Rescued as a cub from the wild in Minnesota, Ranger came to the L.A. Zoo in 1997 from the Minnesota Department of Natural Resources.

“This is truly a deep loss for our zoo community,” said Denise M. Verret, CEO & zoo director of the Los Angeles Zoo. “Since his arrival at our Zoo, Ranger’s presence helped connect millions of Angelenos to the type of wildlife that exists around us, which is crucial to building empathy, so we may peacefully co-exist with one another. Ranger’s impact on our Zoo and Los Angeles will never be forgotten, and he will be sorely missed.”

Born in the wild in Minnesota around Feb. 1997, Ranger was an orphaned cub taken in by a family and surrendered to the state’s Wildlife Rehabilitation Center. With the help of the Minnesota Zoo, the Minnesota Department of Natural Resources transported Ranger to Los Angeles where he lived his entire life at the L.A. Zoo. While it is never an ideal situation to take animals out of their natural environment, this was the best-case scenario as Ranger had become accustomed to human interaction at a very young age, which would have inhibited his re-introduction to the wild.

“Ranger touched the lives of every animal keeper, volunteer, and docent who worked with him over the last 25 years,” said Beth Schaefer, director of animal programs at the Los Angeles Zoo. “Part of the reason why zoos exist is to help create a strong connection to the wildlife that lives around us, and Ranger was the best ambassador for his species in that way. When you would walk around Tiger Plaza, it was impossible to not see groups of people of all ages stopping to observe Ranger basking in the warm sun, eating berries, or just lounging in his habitat. The L.A. Zoo will not be the same without him.”

American black bears, most commonly known as black bears, are found in forests throughout North America, including the United States, Canada, and Mexico. Black bears are opportunistic omnivores, with 75 percent of their diet comprised of plant material including nuts, berries, grasses, and roots. The balance is insects, carrion, fish, deer, and other mammals. They are also fond of honey. Although bears are associated with hibernation, they do not truly hibernate. It is more accurate to say that they experience a winter lethargy or torpor. Though their metabolisms slow down by 50-60 percent, they easily wake up, especially female bears, who give birth to between one and three cubs during torpor. This adaptation enables bears to survive frigid temperatures and insufficient food supplies. During autumn, bears in northern climates increase their body weight by 35 percent in preparation for winter, when they rely on body fat to survive.

Physically, while their fur is often black, American black bears can also be brown, cinnamon, blond, silver-blue, or even white. Both the spirit, or Kermode, bears of British Columbia, Canada, and the silver-blue glacier bears of Southeast Alaska are black bears with white fur. Adults reach a length of four to seven feet and weigh between 150 and 600 pounds. Females weigh 25 percent less than males. They can run more than 30 mph for short distances. While black bears are generally not aggressive, they should never be underestimated. Females are very protective of their cubs, who remain with their mothers for about two years.