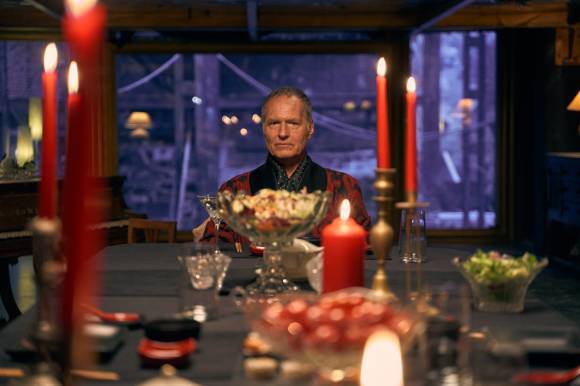 The American SF horror film, The Quantum Devil by Larry Wade Carrell is currently shooting in various locations around the Serbian capital.

According to Film New Europe, all the visual effects are to be done in Serbia by Ivan Pribićević and his Digitalkraft company, based in Belgrade.

Starring Neil Dickson, the film follows an international team of scientists are summoned by an ominous invitation to a remote location in Eastern Europe to conduct clandestine experiments in an effort to breach the quantum barrier and to travel to another dimension. The four scientists, each with a dark secret, must confront the sins of their past while facing the dangerous consequences of journeying into the realm of the quantum devil.

A graduate of the Guildhall School of Music and Drama, Neil Dickson's career has balanced ﬁlm, theatre, television and radio. After several seasons in repertory throughout the UK, he made his West End debut in London under the direction of Sir John Gielgud and opposite Dame Judi Dench in The Gay Lord Quex. His ﬁlm and television work includes the title role of James Bigglesworth in Biggles, Romy and Michele’s High School Reunion, Atlas Shrugged, David Lynch’s Inland Empire, the new Twin Peaks, Mad Men, AD and She Wolf of London. He has performed the one man play, The Standard Bearer, in London, Los Angeles and San Francisco and Canada to critical acclaim.

Loris Curci is producing through the US Crazed House production house.