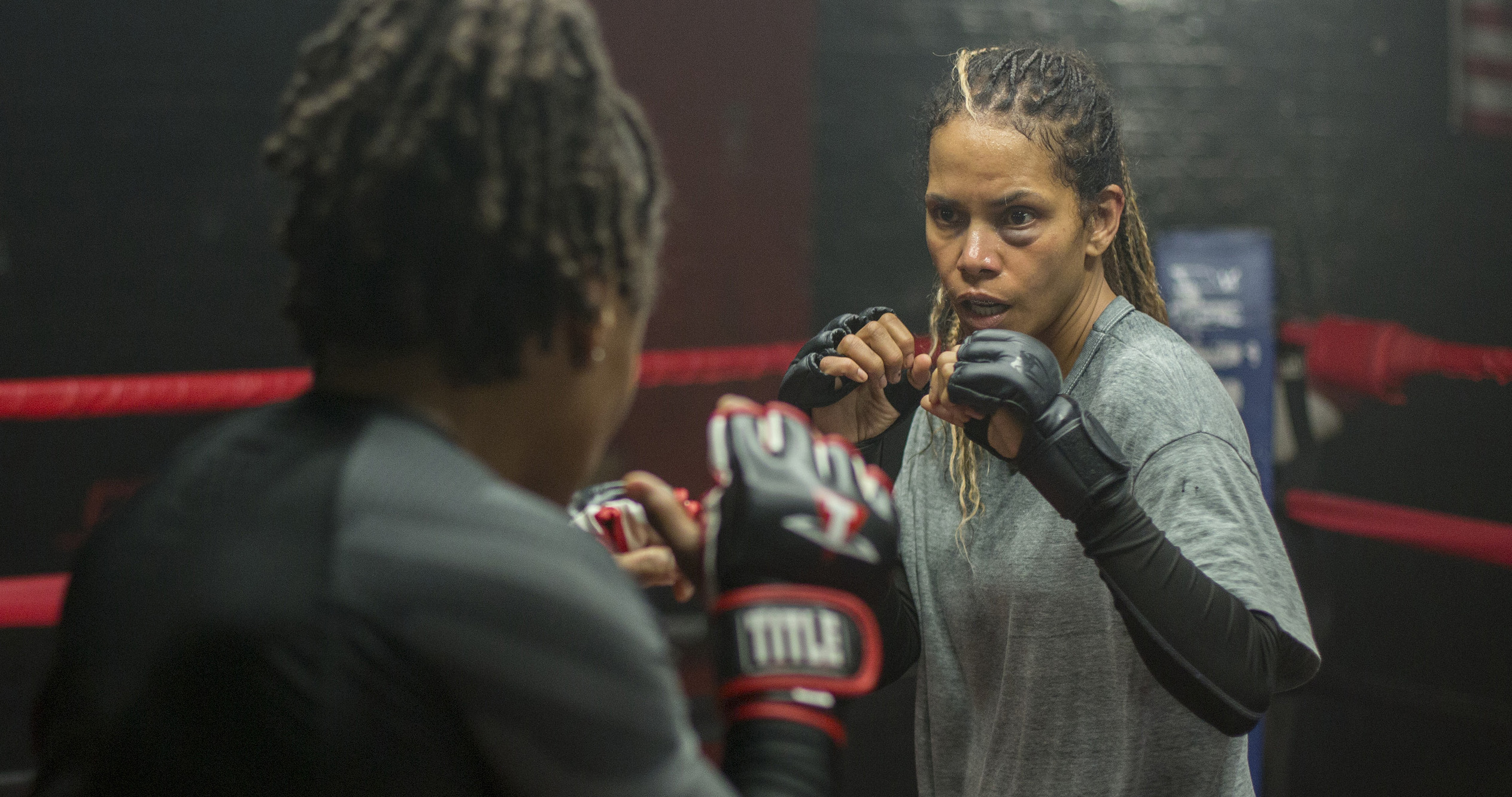 BRUISED stars Berry as a washed-up MMA fighter who struggles for redemption as both an athlete and a mother. SWAN SONG stars two-time Oscar® winner Mahershala Ali as a man diagnosed with a terminal illness who is presented with an alternative solution by his doctor, portrayed by eight-time Oscar® nominee Glenn Close, to shield his family from grief. The film also stars Oscar® nominee Naomie Harris, BAFTA Award nominee Awkwafina and Adam Beach.

"Now more than ever it is important to lift up and shine a light on new voices and new stories that inspire empathy," said Sarah Harris, Director of Programming at AFI Festivals. "Halle Berry and Benjamin Cleary are vital artists whose visions we are proud to celebrate at AFI FEST."

Jackie Justice (Halle Berry) is a mixed martial arts fighter who leaves the sport in disgrace.  Down on her luck and simmering with rage and regret years after her fight, she's coaxed into a brutal underground fight by her manager and boyfriend Desi (Adan Canto) and grabs the attention of a fight league promoter (Shamier Anderson) who promises Jackie a life back in the octagon. But the road to redemption becomes unexpectedly personal when Manny (Danny Boyd, Jr.), the son she gave up as an infant, shows up at her doorstep.

The film marks the directorial debut of Academy Award®  winner Halle Berry and also stars Adriane Lenox, Sheila Atim, Valentina Shevchenko and Stephen McKinley Henderson in a triumphant story of a fighter who reclaims her power, in and out of the ring, when everyone has counted her out. The film is helmed by Berry from an original screenplay written by Michelle Rosenfarb, and produced by Thunder Road Pictures, Entertainment 360 and Romulus Entertainment. BRUISED will air on Netflix on November 24.

SWAN SONG is set in the near future and told through the eyes of Cameron (two-time Academy Award® winner Mahershala Ali), a loving husband and father diagnosed with a terminal illness who is presented with an alternative solution by his doctor (eight-time Academy Award® nominee Glenn Close) to shield his family from grief. As Cam grapples with whether or not to alter his family's fate, he learns more about life and love than he ever imagined. Academy Award® nominee Naomie Harris, BAFTA winner Awkwafina and Adam Beach also star in the ensemble cast. The film is helmed by Academy Award®-winning filmmaker Benjamin Cleary (STUTTERER), from an original screenplay written by Cleary and produced by Anonymous Content and Concordia Studio. Producers are Adam Shulman (DEFENDING JACOB) and Jacob Perlin (THE AMAZING JOHNATHAN DOCUMENTARY) on behalf of Anonymous Content; Jonathan King (STILLWATER, DARK WATERS) on behalf of Concordia Studio; Rebecca Bourke (WAVE); Mahershala Ali and Mimi Valdés (HIDDEN FIGURES) through Know Wonder. SWAN SONG will be released in select theaters and premiere globally on Apple TV+ on December 17.

This year's hybrid festival will feature both in-person screenings and events, as well as virtual screenings, showcasing transformative stories from groundbreaking artists.