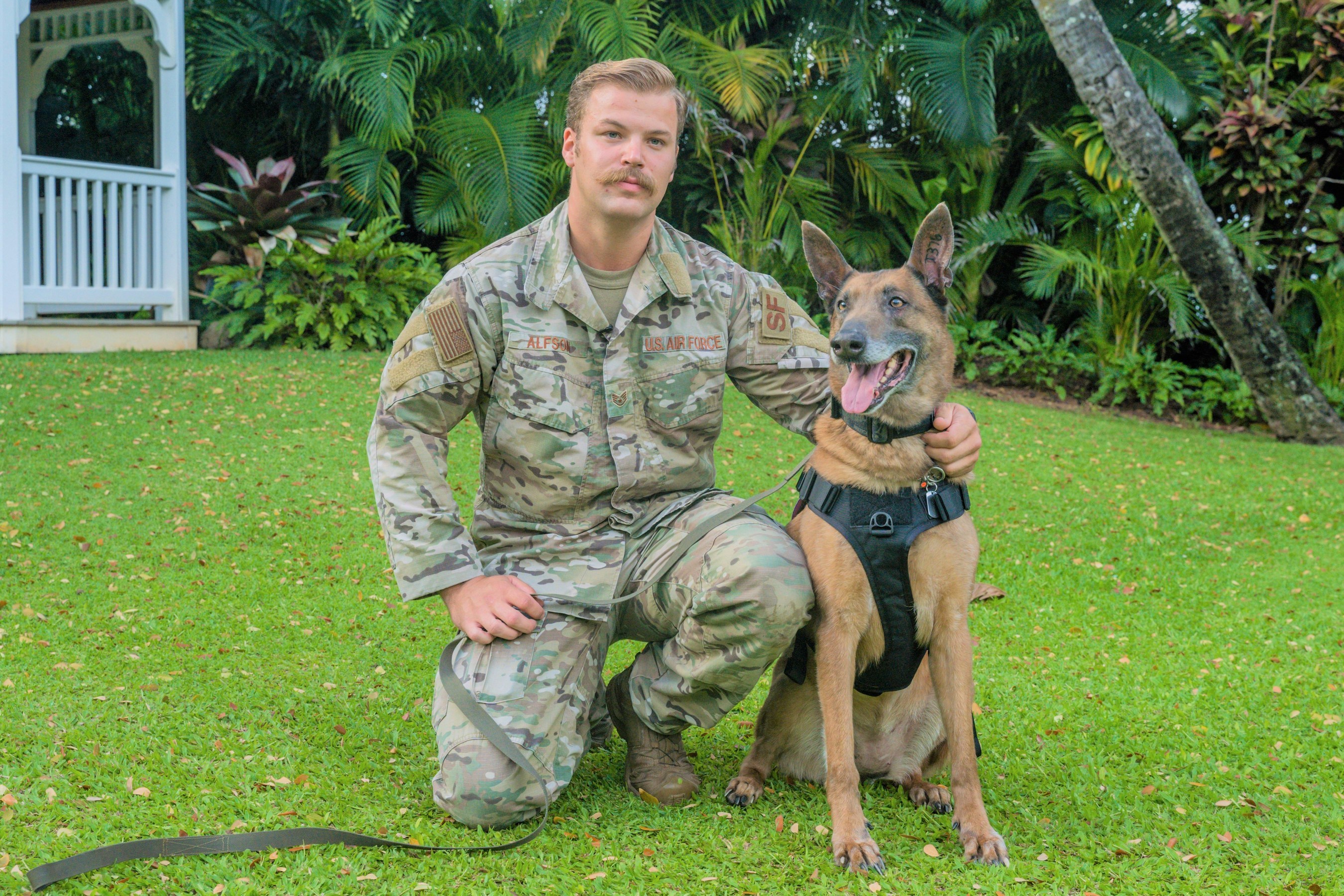 "American Humane believes that every heroic K-9 who serves alongside our brave men and women in the U.S. Armed Forces deserves a restful retirement with those they love best – their handlers with whom they served," said Robin R. Ganzert, Ph.D., president & CEO of American Humane.

Dr. Lesa Staubus, American Humane's staff veterinarian who regularly deploys with its rescue team, traveled to Hawaii to safely ensure Xxanthe's arrival and monitor her health. For more than a century, since the U.S. Secretary of War requested American Humane's animal first responders deploy to war-torn Europe, the organization has worked alongside the U.S. Armed Forces to protect animals and support the nation's troops.

As part of American Humane's military program, the organization assists veterans and active-duty personnel with bringing retired MWDs back stateside and providing for their veterinary care. To date, 44 teams of retired MWDs and their former handlers have been reunited.

"She knew exactly who I was right away and jumped right towards me which feels great," said SSgt. Alfson. "She's an amazing dog – she's like a human being."

Xxanthe, a 10-year-old Belgian Malinois trained in explosive detection, served with SSgt. Alfson for a year and a half during 2019 and 2020. For more than a year, since SSgt. Alfson was reassigned to Hickam Air Force Base, the pair have been separated.

Originally based in Mountain Home, Idaho, the pair deployed together to undisclosed locations in the Middle East as part of Operation Freedom's Sentinel and Operation Inherent Resolve, putting themselves in harm's way to keep their fellow troops safe from danger.

"It is a moral obligation to provide for our nation's veterans, including the military K-9s who work diligently to keep our men and women safe from harm," said Dr. Ganzert. "We were honored to bring together SSgt. Alfson and MWD Xxanthe and hope the coming years bring them friendship and joy."

In 2016, American Humane worked to ensure that the National Defense Authorization Act included language that guaranteed retired MWDs a retirement on U.S. soil and gave their former handlers first rights of adoption. Due to the physically demanding nature of service, American Humane works to ensure that the medical needs of retired MWDs are met to provide as comfortable a retirement as possible.

Electronics
How Zoom Changed The Way We Work & How It's Evolving

Giving Back
VAX LIVE: The Concert to Reunite the World Is A Success