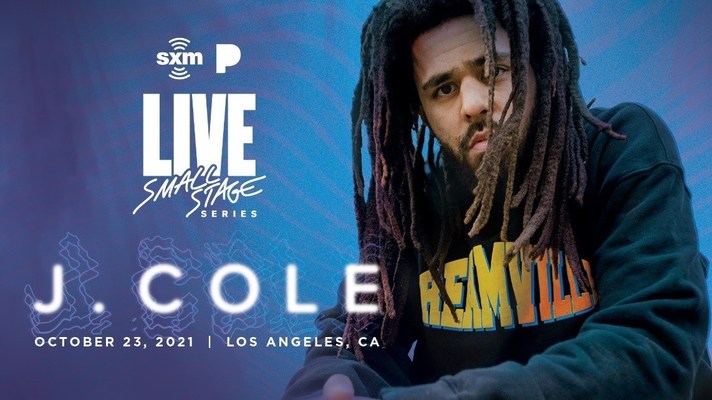 The intimate set for SiriusXM subscribers and Pandora listeners will feature J. Cole performing songs from his latest album The Off-Season as well as fan favorites. J. Cole's performance for SiriusXM and Pandora comes in the midst of his The Off-Season Tour, giving subscribers and listeners a chance to see him in an intimate setting at an iconic secret venue in Los Angeles.

J. Cole's exclusive performance will air on SiriusXM's Hip Hop Nation via satellite (channel 44) and on the SXM App on Tuesday, October 26 at 6:00 pm ET. The performance will rebroadcast multiple times throughout the week.

"From some of our earliest touring dates to our Dollar & A Dream shows, Cole built the core of his fan base in smaller more intimate venues and to be able to do that in LA, for SiriusXM, and in front of some of his biggest fans is something that we are really excited about," said Ibrahim Hamad President Of Dreamville.

To maintain the highest public health standards and/or requirements, SiriusXM will adhere to health and safety protocols for the venue, and all state and local health mandates to protect attendees, staff, and artists.

Eligible SiriusXM subscribers as of September 20, 2021 can enter for a chance to win tickets and a trip to Los Angeles at SiriusXM.com/JCole. Pandora listeners will also have a chance to win tickets to this event by entering here. No Purchase Necessary. Each promotion subject to the Official Rules available on the applicable entry page. Odds of winning are based on the number of eligible entries received. Void where prohibited.