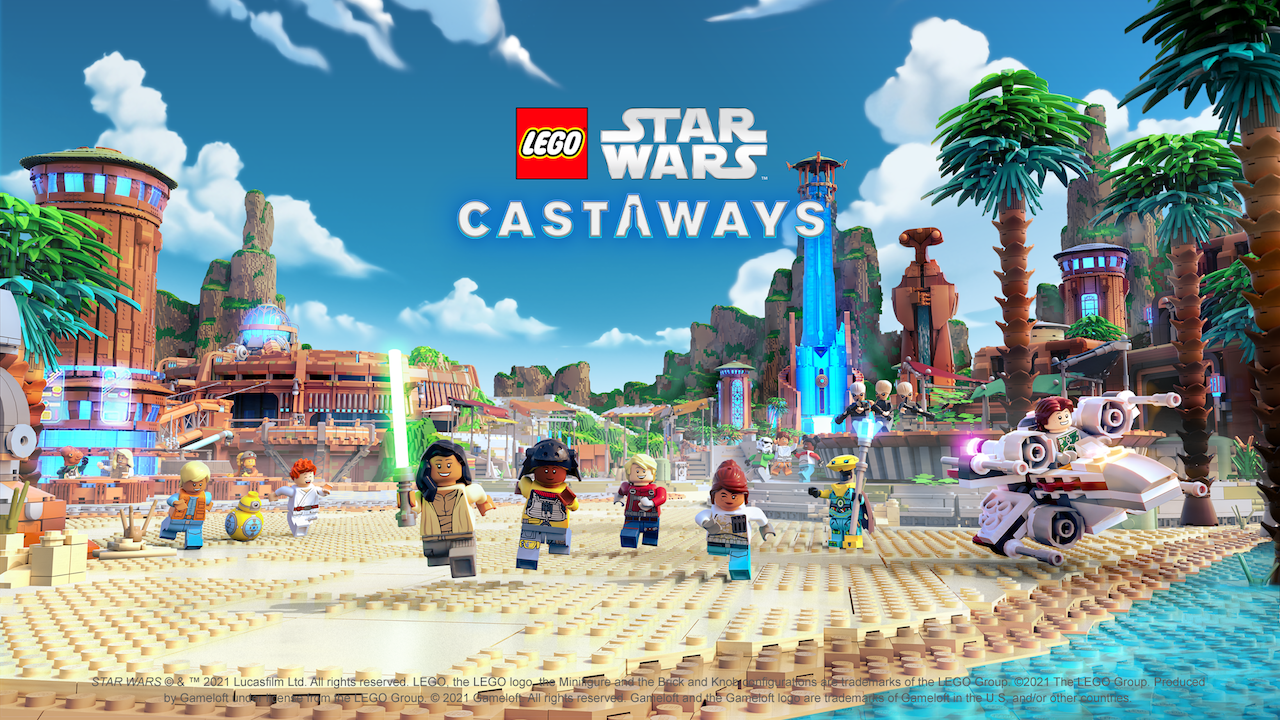 On November 19, players can embark on a new adventure in the LEGO Star Wars galaxy. The game will launch on Apple’s popular game subscription service that offers unlimited access to a growing collection of over 200 games, all without ads or in-app purchases.

A new tropical destination filled with adventure awaits you and your friends in LEGO Star Wars: Castaways. For the first time, players can customize their character with hundreds of LEGO Star Wars pieces and discover a hidden planet, in the latest online multiplayer LEGO Star Wars game. After crash landing on a mysterious planet in the middle of a maelstrom, players find they aren’t alone in their new home. Introduce yourself to brand-new characters and meet-up with other players in a thriving social hub of activity as you play and compete in a variety of games.

Between racing Microfighters, acquiring gear and customization options, challenging your friends to battle in the Hippodrome, uncover the mystery of the corruption together and experience simulations spanning the entire Star Wars galaxy. Fight Tusken Raiders and see Jabba’s Palace on Tatooine; battle stormtroopers on Endor and navigate through the Death Star in simulations recorded at the Observatory. Build a team or play solo as you work to save these historical recordings and keep them safe from the growing corruption that’s altering these historical moments.

Fans can get especially excited to immerse themselves in LEGO Star Wars environments where new and beloved locations are made entirely of LEGO bricks from the ground up. Discover an ancient settlement, gather LEGO bricks to complete quests, and enjoy famed Star Wars locations

“We’re thrilled to bring players to the island of LEGO Star Wars: Castaways, exclusively on Apple Arcade,” said Lee Kaburis, Game Manager, Gameloft Montreal. “We wanted to create an experience in which fans can see themselves included in the beloved Star Wars stories and invite their friends and family along. We took special care to include engaging features that encourage exploring together and joining forces to solve puzzles and quests, or challenging each other to quick battle rounds in the Hippodrome.

Playable across iPhone, iPad, Mac, and Apple TV, the game will be available exclusively on Apple Arcade for a low monthly subscription of $4.99 with a one-month free trial that offers unlimited access to a growing collection of over 200 premium games — featuring new releases, award winners, and beloved favorites from the App Store.