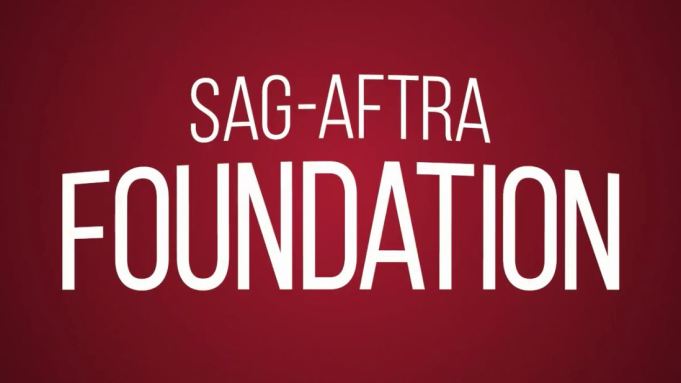 The SAG-AFTRA Foundation announced today that it has raised more than $7.8 million dollars in contributions for its COVID-19 Relief Fund for SAG-AFTRA artists in dire need. On March 16, the SAG-AFTRA Foundation, along with the SAG-AFTRA Motion Picture Players' Welfare Fund, launched a COVID-19 Relief Fund for SAG-AFTRA members. Since activating the Fund, the Foundation has already given over $5.1 million in emergency financial assistance to more than 5,484 SAG-AFTRA artists and their families with hundreds of applications still in process and thousands of performers still in need.

For over 35 years, the SAG-AFTRA Foundation has been a vital resource for SAG-AFTRA performers seeking emergency financial assistance. But due to what has amounted to a near industry-wide shutdown, thousands of performers have been unable to work, and many second and third survival jobs have also been eliminated during the crisis.

For the past several months, the Foundation has focused its efforts on raising significant funds to meet the unprecedented need within the SAG-AFTRA community to help feed their families, pay their rent or keep their health insurance due to the enormous impact of the pandemic.

"It's been a spectacular showing of the performance community coming together, stepping up and supporting their own," said Courtney B. Vance, SAG-AFTRA Foundation President, who leads a weekly inspirational Fireside Chat video for SAG-AFTRA artists updating them on the status of aid distribution. "Our phenomenal Actors' Council is leading the way, building a Fund that is about actors supporting their fellow actors, and the industry is giving their support, as well. Together, we have been able to grant several millions of dollars in emergency aid to thousands of SAG-AFTRA artists in need over the last three months. But with the long-term effects of production shutdowns to continue for months to come, we must remain vigilant and unified in our mission to support the performers who have contributed to the successes of this industry. They now need our support. As our Foundation is completely donor-dependent, we are asking everyone to give whatever they can, and join us in this critical relief effort."

Beneficiaries of the Foundation's COVID-19 Relief Fund receive grants of averaging $1,000 for basic needs. Grants are being distributed by the Actors' Fund.

The Foundation's COVID-19 Relief Fund effort has been a peer-to-peer fundraising campaign led by Vance and several members of the Foundation's Actors' Council. The group has been working tirelessly making phone calls and sending out emails industry-wide, as well as participating in videos and signing letters asking top-level donors to join their cause. Industry agencies CAA, WME and UTA have all bolstered these efforts among their clients.

"The devastating effects of COVID-19 are in our own backyard, and we're doing what we can for our colleagues and collaborators who need help," said Tom Hanks, a member of the Foundation's Actors' Council, who along with partner Rita Wilson, have been a central part of the fundraising efforts.

"The economy of an actor's life is uncertain and inconsistent enough in normal times, but this shutdown has placed our members in jeopardy. I am grateful to join with others who are able to help ease the burden of our colleagues," said Actors' Council member Meryl Streep, one of the first to step up and support the Foundation's Relief Fund.

"This pandemic has been devastating for performing artists. Thousands of performers don't know how they will pay their rent next month or buy groceries for their families right now. For too many, this Fund may be their only safety net, which highlights the cracks in the system for those who were already just trying to make ends meet working in this industry," said actor Lupita Nyong'o, who made a significant contribution to the Fund to support her fellow artists.

"Everyone who has been able to find success in this industry has done so because at some point in their journey they received a helping hand. Right now, we're all coming together in various ways to make sure people who need help are able to receive it," said Actors' Council member Bryan Cranston, who is helping to lead the charge raising funds and awareness.

"It's an optimistic start, though given most productions may remain dark for several months ahead, there is more work to be done and we're encouraging industry leaders who are able to support us to give what they can," said Actors' Council member Cate Blanchett, who has also been a key supporter and leader in this effort.

The Foundation has also received additional support from performers at every level. Some prominent figures, such as Tom Bergeron and others, are taking their talents to Cameo.com with proceeds benefiting the Fund. The Foundation is also receiving help from various performers who are creating digital fundraisers and a daily soap series to help support relief efforts.

"I've been a working actress since I was 14, and this community is my family. It's critical we support those who have played a part in the success of this industry," said Actors' Council member Nicole Kidman.

As the pandemic takes us further into uncharted territory, the Foundation and its supporters will continue to raise funds. Based on the anticipated needs of the community in the weeks and months ahead, the SAG-AFTRA Foundation has set a goal of raising $12 million. For those who can help, please consider supporting the effort at: www.sagaftra.foundation/donate.