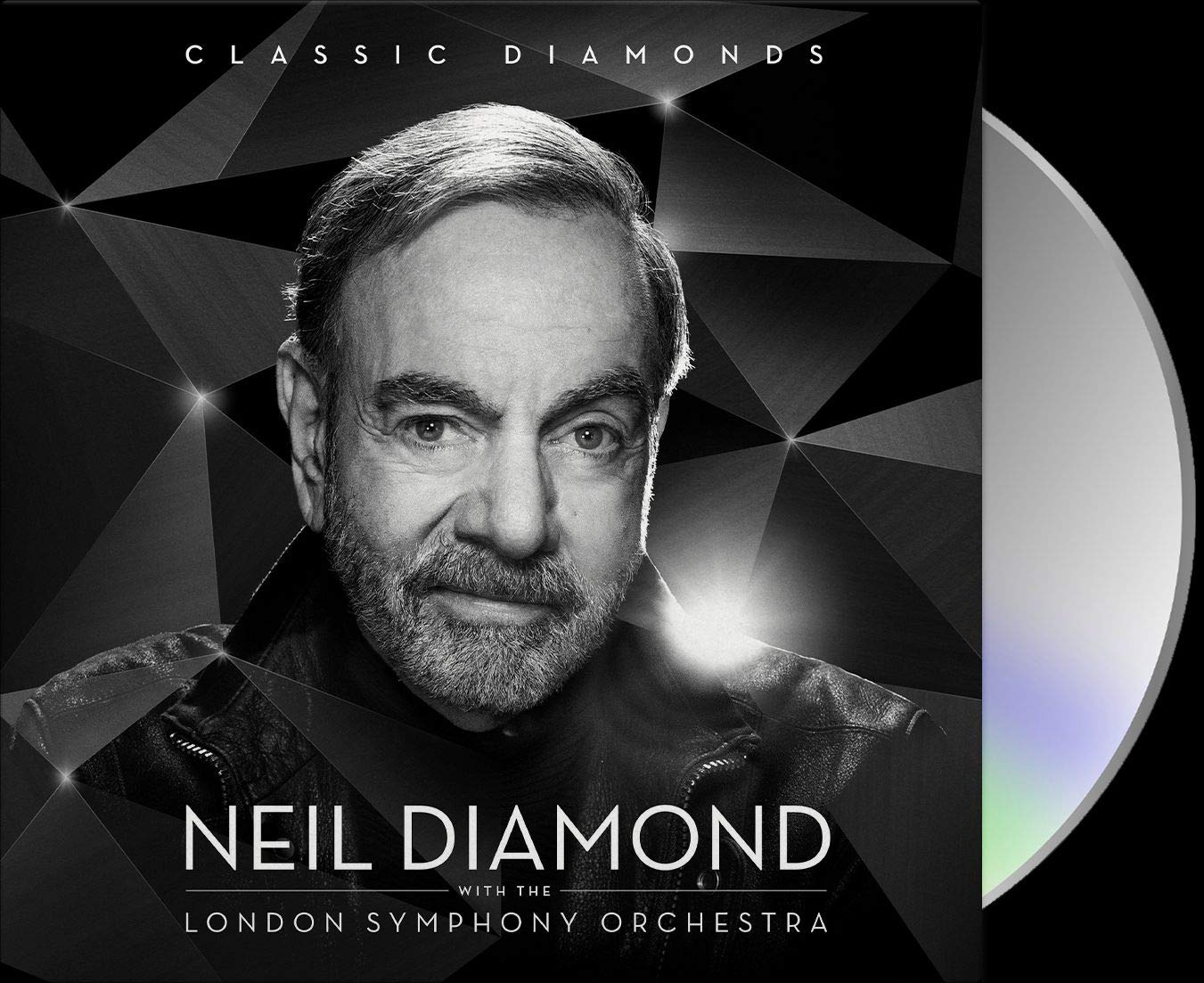 The 14-classic song collection Classic Diamonds features new vocals from Neil Diamond paired with a new interpretation of Diamond’s most celebrated chart-topping hits performed by The London Symphony Orchestra. Recorded at both the world famous Abbey Road Studios in London and Neil Diamond’s studio in Los Angeles, the album was produced by Grammy®-winning producer/arranger Walter Afanasieff and co-arranged by Afanasieff and Grammy® winning conductor/arranger William Ross, who also conducted The London Symphony Orchestra for the recording.

“Neil Diamond is simply one of the most important vocalists and songwriters in the history of popular music, and this majestic new album shines a beautiful spotlight on some of his greatest works.  Classic Diamonds is a glorious addition to Neil’s body of work, and we are proud to be presenting it to listeners around the world,” says Steve Barnett, Chairman & CEO of Capitol Music Group.

Neil Diamond’s towering artistic achievements have carried him far, from Brooklyn Roads, to Glory Road, to Melody Road and now to Abbey Road.  As a wordsmith and melodist, he is second to none and his music has touched generations in ways that are deeply personal, yet universally understood.  These are songs of their time…and for all time.  They are Classic Diamonds.