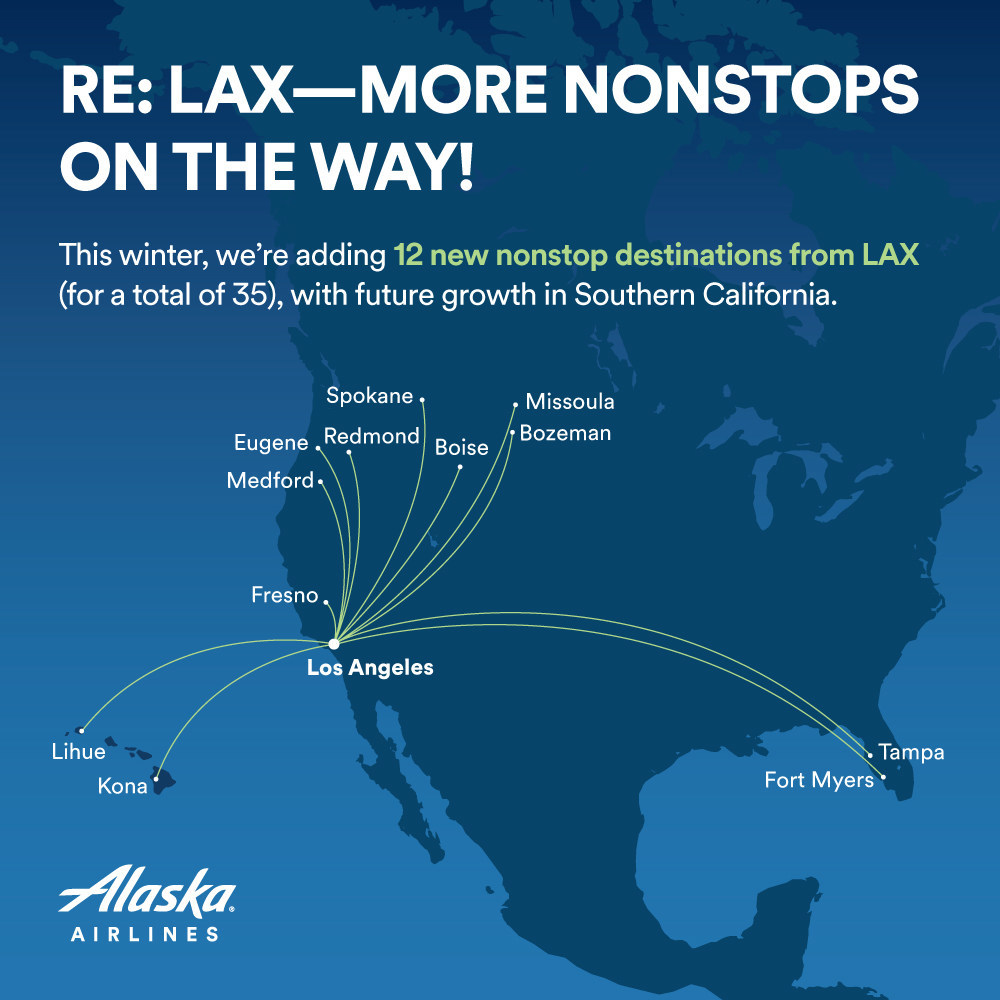 The new routes will connect Alaska’s guests in Southern California to destinations in Florida (Fort Myers and Tampa); Hawaii (Kona and Lihue); Montana (Bozeman) and Oregon (Eugene and Medford). Service starts on Oct. 1 for the Oregon markets, and between Nov. 20 and December 18 for the remaining destinations.

“LAX is one of Alaska’s important hub markets and continues to offer valuable opportunities for selective expansion,” said Brett Catlin, Alaska Airlines managing director of capacity planning and alliances. “The addition of these 12 new routes from LAX along with our upcoming membership in the oneworld alliance sets the stage for future growth.”

Alaska’s guests can currently connect with the airline’s 16 Global Partners at gateway airports on the West Coast, including LAX, to fly to more than 800 destinations around the globe. Flyers can also earn and redeem miles with the airline’s highly-acclaimed Mileage Plan program.