Tune In: NYC Doctor Speaks Out About COVID-19 On ’60 Minutes’ 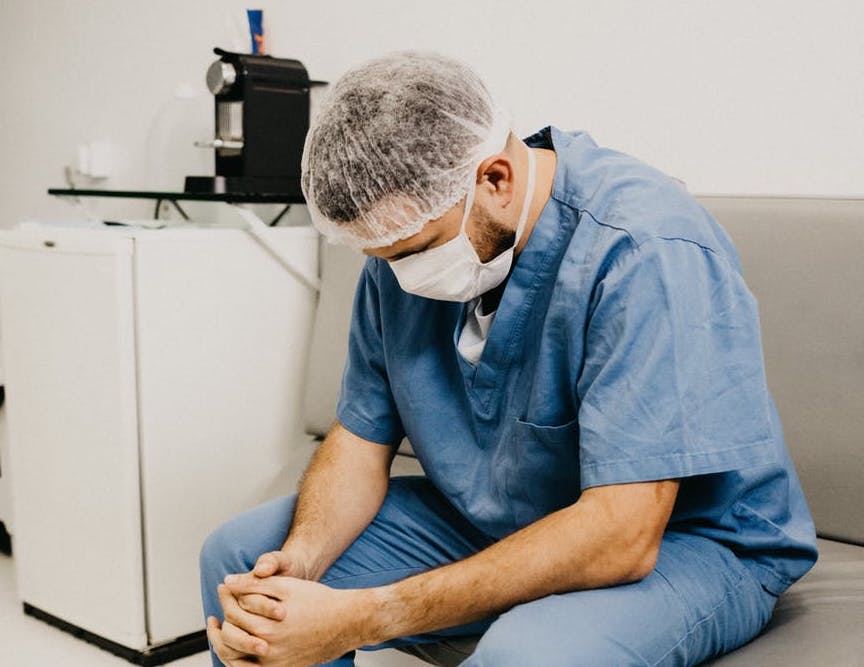 An overworked New York City trauma surgeon implores the public to stay home to slow the virus that’s sickening and killing New Yorkers and pulling health care workers off the front lines just when they are needed most. Dr. Sheldon Teperman, in charge of four packed ICU units filled with COVID-19 patients at Jacobi Medical Center, speaks to Bill Whitaker for a report on the next edition of 60 MINUTES, Sunday, April 12 (7:00-8:00 PM, ET/PT) on the CBS Television Network.

Teperman is chief trauma surgeon at Jacobi in the Bronx, an area with one of the highest death rates per citizen anywhere. He works 16-hour days. He lives with constant death as the virus infects New Yorkers, his own staff, and family. “People need to stay home. New York City is on fire…Our neighbors are dying. Health care workers are being affected,” he tells Whitaker. “My boss, my second in command, my nephew, my senior nurse, second senior nurse.”

Kelley Cabrera, an emergency nurse at Jacobi, has spoken out about a shortage of protective gear she feels is contributing to her colleagues’ sickness and deaths. One of her fellow nurses has died, another was put on life support, and an emergency room doctor is now a patient in the hospital’s ICU. “Every healthcare worker infection, every healthcare worker death is preventable,” she says.

Cabrera tells Whitaker the shortage of gear has forced practices she would have been reprimanded for before the pandemic. “We’re wearing stuff that is, it’s dirty. The fact that we’re given a mask to wear for five days, it’s wrong.”

She fears the virus, but she says she is more afraid for her patients. “If we don’t go, who’s going to take care of these patients…A lot of us are speaking out, because we realize that this problem is so much bigger than our individual hospitals. This is…a systematic failure.”

Cabrera points to images in other countries showing health care workers who are much better protected. “It makes sense that we’re getting infected. How could we expect not to?”

Whitaker brings the exhausted medical workers’ concerns about getting the personal protective equipment they so desperately need to the man in charge of the Defense Production Act, White House trade advisor Peter Navarro. “No apologies here from this administration,” he tells Whitaker. “We are, we are doing better and more than any other president could’ve done…We’re moving in Trump time, which is to say as swiftly as possible.”