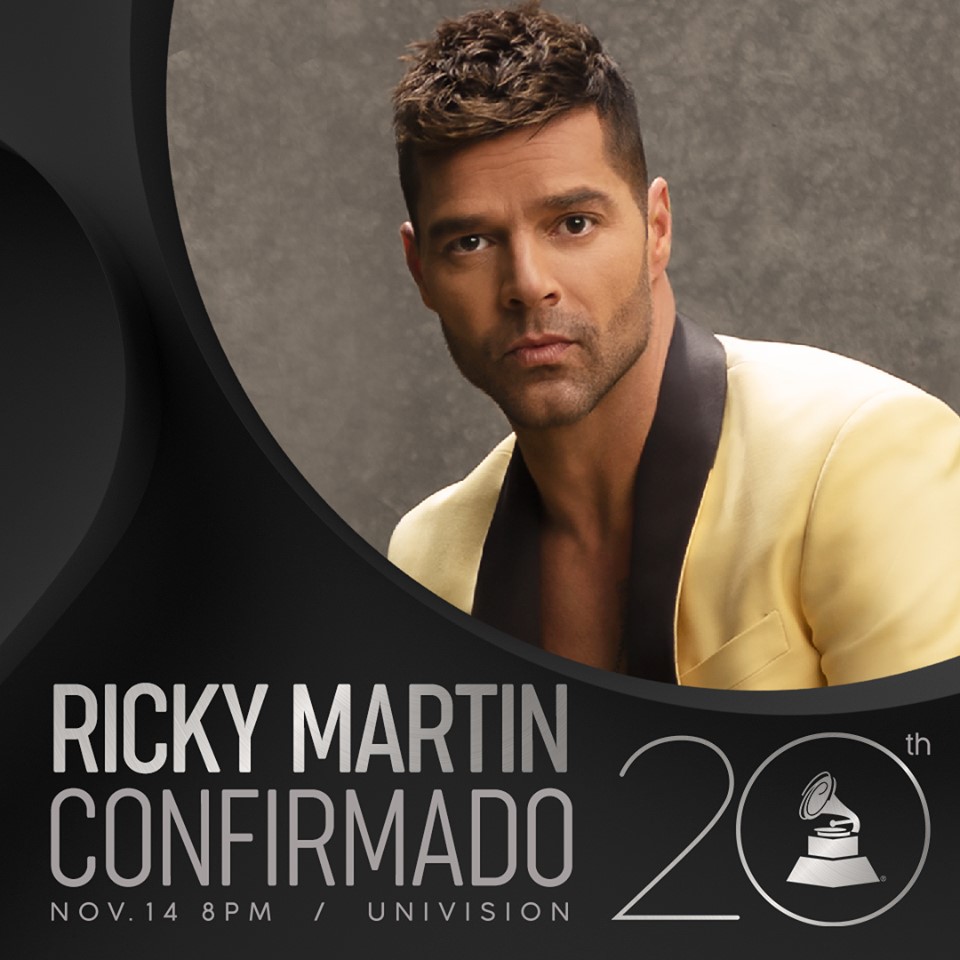 Martin, who will host for the first time, has been a part of The Latin Recording Academy's history since the inaugural Latin GRAMMY Awards in 2000, where he was nominated for two awards and delivered one of the most memorable performances to date. Sánchez joins as a host for the fourth time, after hosting the 16th, 17th, and 18th Annual Latin GRAMMY Awards. Vega will host the show for the first time.

Martin is one of the leading international Latin multifaceted artists in the world beloved by fans worldwide for his instinctive understanding of rhythm, passion for performing, and equal compassion for giving. One of the best-selling international and Latin artists of all time, Martin has sold more than 95 million albums and continues to perform to sold-out stadium and arena audiences throughout the world.

Besides his worldwide musical success, Martin is dedicated to the efforts of the Ricky Martin Foundation, an organization that advocates for the well-being of children around the globe in critical areas such as social justice, education, and health. After the catastrophic hurricanes Irma and Maria in Puerto Rico in 2017, the Ricky Martin Foundation organized the Puerto Rico Relief Fund with an initial goal to raise $6 million in aid. To date, the fund has raised nearly $5 million. More than 50,000 donors have contributed, including individuals worldwide, celebrity endorsers, partnering organizations, and large corporations.