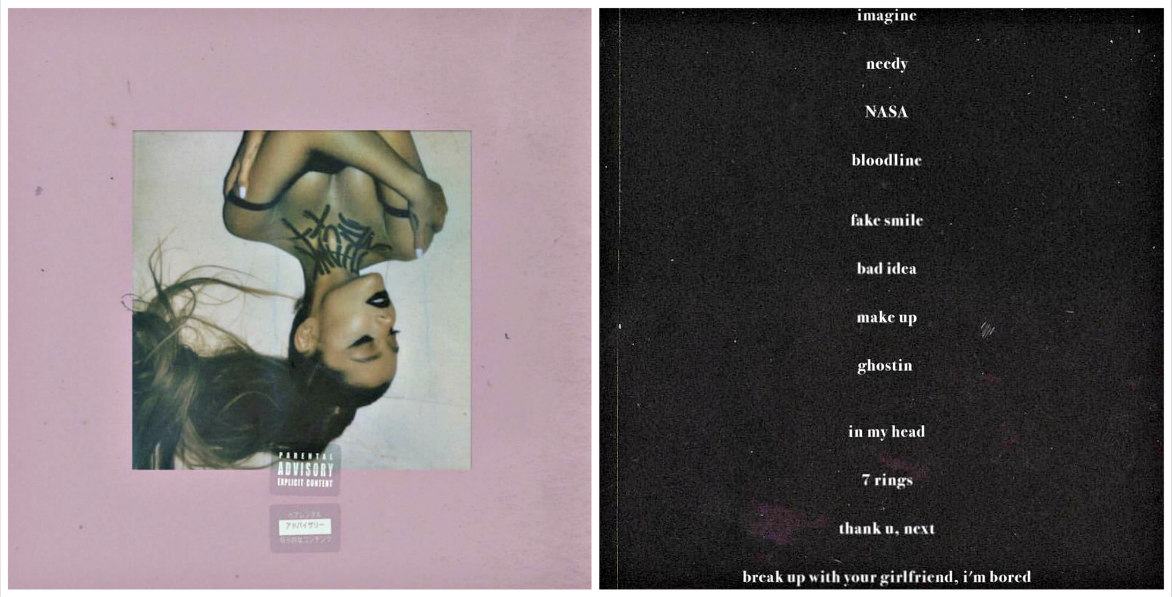 Ariana Grande is taking the music industry by storm. The five-time grammy nominated singer surpised fans via Twitter announcing her album's cover and tracklist to go along with her new two hit singles 'thank u, next' and '7 Rings.'

'Thank U, Next' will be the 25 year-old's 5th album. Just 6 months after her previous album 'Sweetener,' 'Thank U, Next' is set to release February 8, 2019. You can preorder the album starting Friday, January 25.

Check out the music video for her new single '7 Rings'