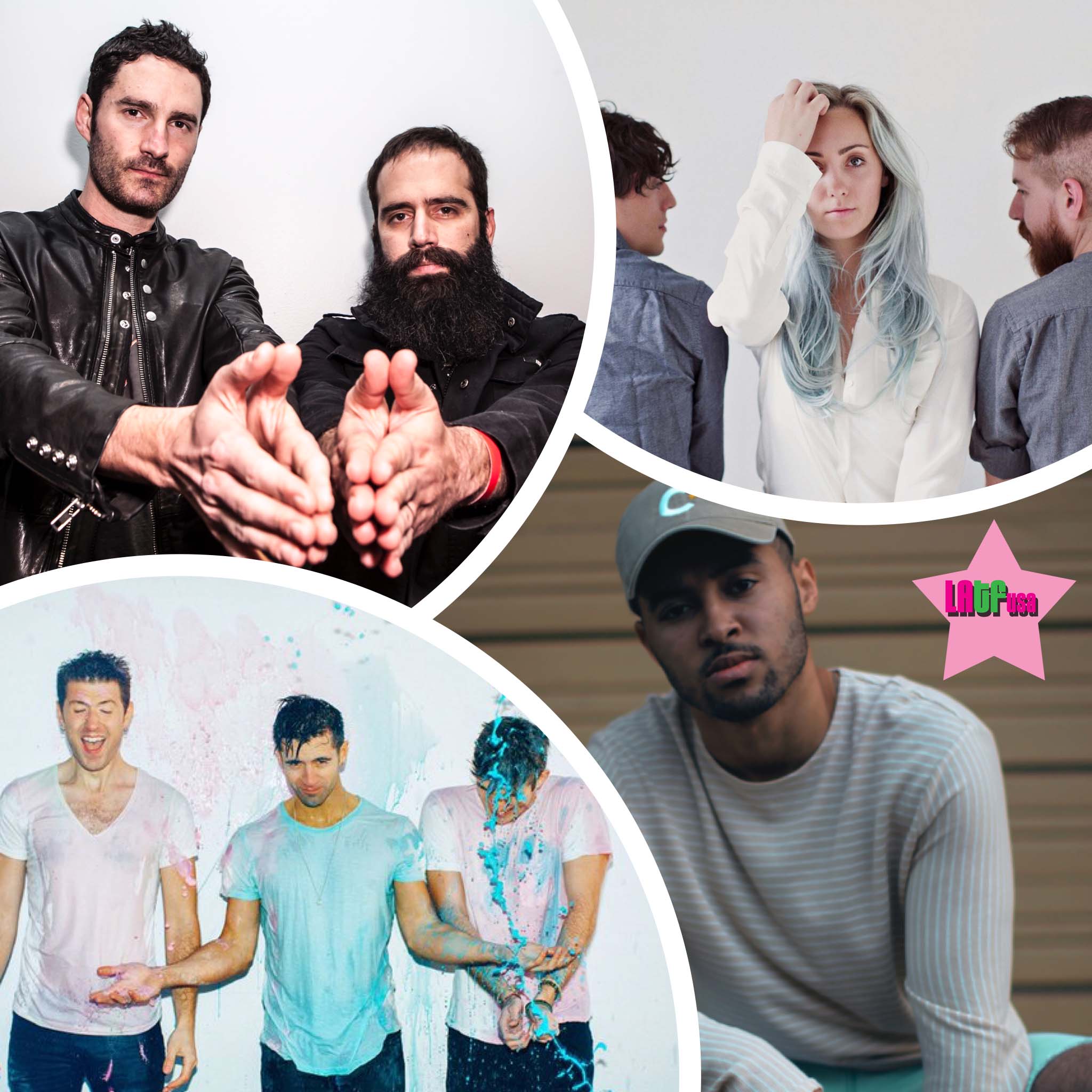 It's NEW MUSIC FRIDAY and artists are spinning out their summer tunes for your poolside parties and road trip adventures.

Capital Cities celebrate summertime romance with their new EP, Swimming Pool Summer, released today by Lazy Hooks/Capitol Records and available HERE. "Girl Friday" is one of four new original songs included on the EP. Rick Ross is featured on the track, which tells the story of a guy who can't get a weekend date with his busy dream girl.

Quite possibly our favorite track for the summer, DWNTWN has released "Bloodshot Eyes," the first track off their debut album, Racing Time, out July 21st. The band is comprised of Jamie Leffler, Robert Cepeda, and Daniel Vanchieri. Pre-order the album below:
Itunes- bit.ly/RacingTimeitunes
Apple Music- bit.ly/RacingTimeAppleMusic
Amazon- bit.ly/RacingTimeAmazon

Los Angeles indie pop/rock band FLIGHTS OVER PHOENIX just released their debut music video for their new single "Middle Of The World," a track off their newly released EP Where I Comedown. The video was shot and directed by award-winning production duo McCoy|Meyer.

Scottish singer and songwriter Lewis Capaldi releases a new track, "Lost On You," today on Capitol Records via all digital partners.

In other MUSIC NEWS:

Kinky is part of Film Independent at LACMA’sBring The Noise series, a one-of-a-kind monthly live experience that unites classic movies with new and original film scores performed by contemporary artists such as Jack Antonoff of Bleachers, Nick Zinner of Yeah Yeah Yeahs and more. Kinky chose the film Weird Science to create a completely original score for it, that they will perform at LACMA on July 20. More information and tickets are available here.

Zedd has released “Get Low,” his new single with Liam Payne on Interscope. Listen to the single here: http://zedd.me/GetLow_LyricVideo

Chaz French, newest signee of ThreeSixEight/Motown/Capitol Records and rising D.C. rapper, has teased fans with another track, titled "Invite Only," off his debut studio album, True Colors, which is out next Friday, July 14th, 2017.

Food & Drinks
Get Your Rose Wine Game On With Alaska Airlines