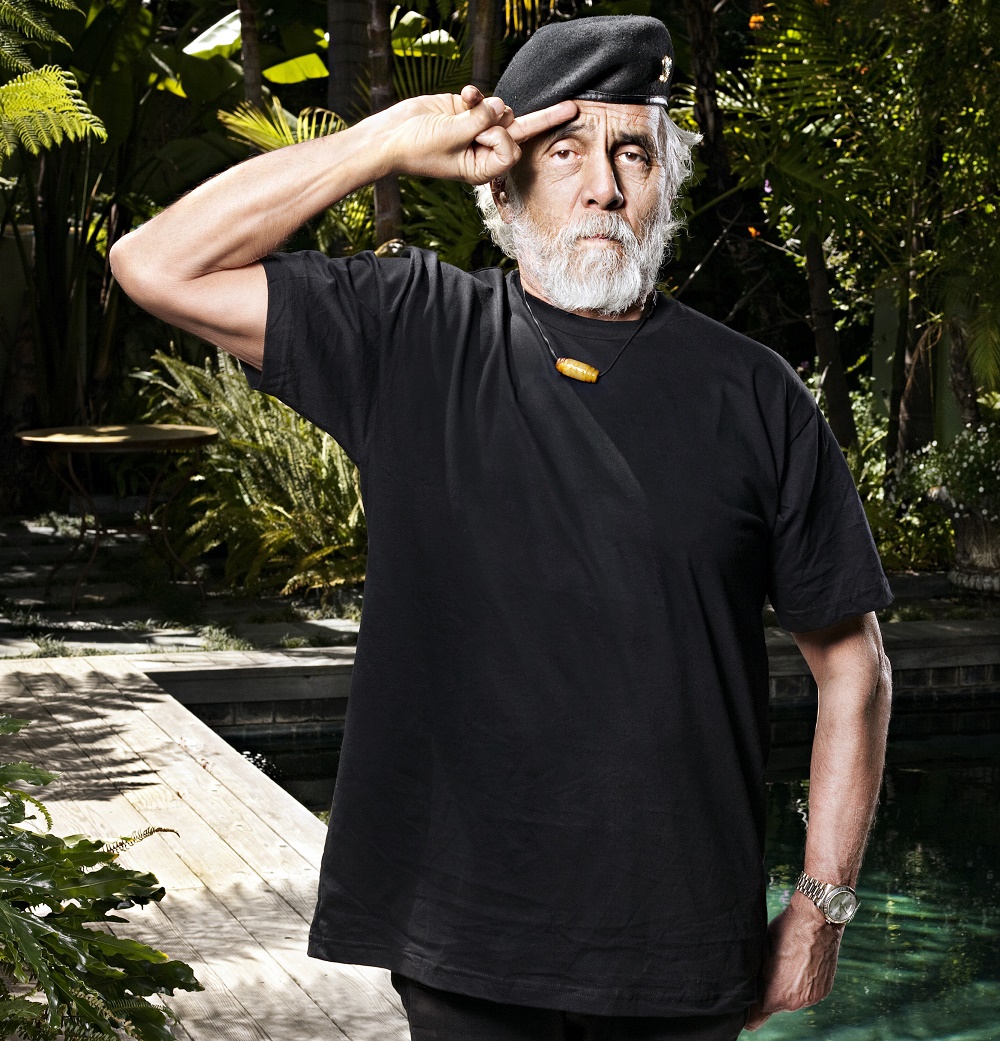 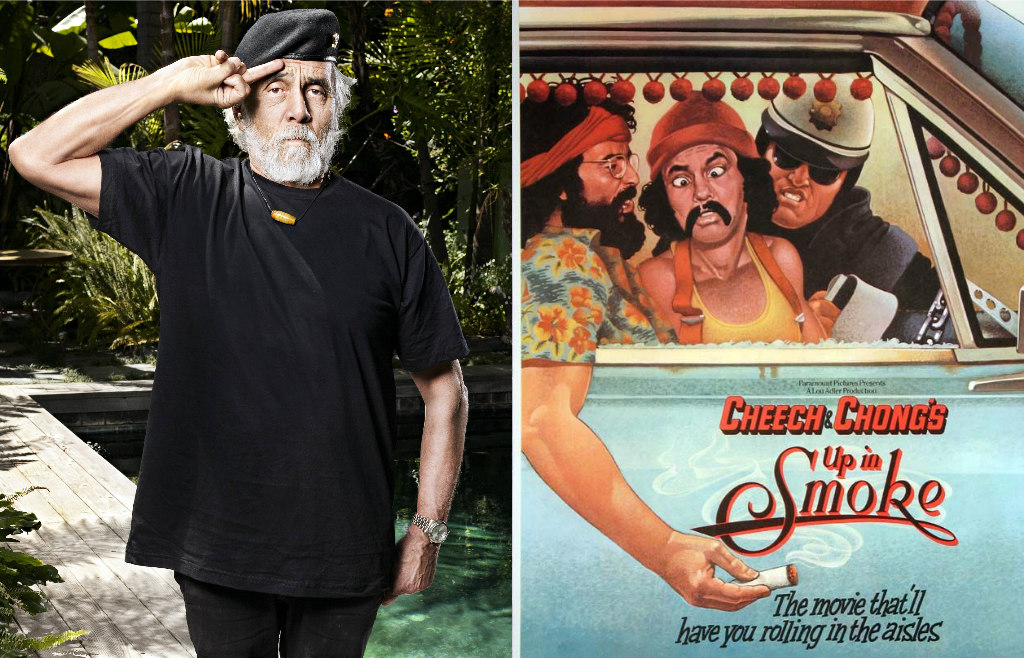 Few people in this world can call themselves a countercultural icon, but Tommy Chong is in that rarefied group. Beyond the beloved characters he's created alongside his longtime creative partner Cheech Marin, Chong has also been at the front lines of the battle to legalize pot since the 70s. From his improv roots, Grammy winning albums and groundbreaking stoner comedies, to his prosecution for selling pipes to undercover federal agents in the early aughts, Tommy Chong has had a truly remarkable run full of uppers and downers.

To celebrate Chong's influential work, the 3rd annual Mammoth Lakes Film Festival will kick off its opening night on Wednesday, May 23rd with a screening of Cheech and Chong's classic stoner comedy, "Up in Smoke," followed by a special discussion with the actor-writer-uncredited director. In advance of his festival appearance, I spoke with Tommy about his legacy, his legal battles, and the seminal film that launched him into stoner superstardom.

I watched “Up in Smoke” again last night and it still holds up great after all these years. Did you have any idea that it would become such a cult classic?

TC: I had a little inkling that it was going to be quite popular because it was unofficially shown at the Cannes Film Festival and it was quite a hit then. Both Cheech and I had felt that we hit on something. But no, we had no idea.

You and Cheech started your comedy careers in the improv world, which eventually led to a Grammy-winning album. Was it difficult making the transition to film?

TC: It was so easy that we kinda looked at each other and said, ‘Why didn’t we do this earlier?’ Because, you know, you only have to travel to one area and we could write anything we wanted to. I just loved it. In fact, it got me away from my second love, which is the stage, for about ten years. And then I went back onstage, which I still love, but film is just…it’s the ultimate.

“Up in Smoke” gave you a bigger venue to show off your talents in both music and comedy. Could you talk a little bit about creating the music for the film?

TC: Well I’ve always been a musician – in fact, when Cheech and I got together we called ourselves The Group because we formed a musical group for our debut. And the thing is, the band never played but one note! But Cheech is a singer and I’m a guitar player so we always managed to put some of that somewhere in the movie, even if it was just the soundtrack. But yeah, music and comedy go hand in hand.

This film marked your big screen writing and acting debut, and also as an uncredited director. Could you tell me about your writing process working on the screenplay with Cheech and how you and Lou Adler collaborated on the direction?

TC: We didn’t have a script; we were working from an outline. But by not having a script, we weren’t slaves to what’s on the page. Since we’re such improv actors, we can’t really write what we haven’t written, because with improv you write as you go. You just do it and then you figure out what you’ve done, and that’s what made us perfect for film. So we just kind of stumbled into it.

We were really like the first reality show, because we did everything real time. We used a film few tricks, but it was because Lou Adler was the director, and he was with the Robert Altman crew that we used, and he was an improv filmmaker as well. So we combined our forces. I would find these bits that weren’t in the outline and then we’d put them in. And we did that throughout the movie. And Cheech and I – because we had worked together with the records and on stage – we had a shorthand where I wouldn’t have to say too much, and Cheech would know what to do on his part. And then a lot of times Cheech would come up with bits. For instance, he told me about the time he got so drunk he peed in the hamper instead of the toilet, so we put that in the movie. There were all sorts of things. The character of Strawberry as well. I had a different vision of Strawberry, but Lou Adler came up with Tom Skerritt, who was also a good improv actor, so he came in and did his bit. It was a very collaborative situation all the way around.

With “Up in Smoke” and your subsequent films, you and Cheech really brought pot culture into the mainstream – a pretty ballsy move at a time when the government demonized the drug. Were you concerned about landing in hot water for being such a public supporter of pot?

TC: No, we’re more like Donald Trump – we look for trouble (laughs). We knew that was a good thing. That’s really the whole point of the stage is drama – conflict, conflict, conflict. So no, on the contrary, we pushed the envelope as far as we could. And eventually I ended up in jail for it so that shows you we did a good job!

Did you have difficulty getting financing or working with the studio on such a subversive film?

TC: No, that’s where Lou Adler came in. He was the captain of the ship – he got the financing, he did all that end of it. We had no problem at all. It actually worked in our favor because – and this is a rumor, so I can’t corroborate it, especially now because a lot of people have died – but apparently, the studio saw the first draft, and they did not like it a bit. And when we asked for more money to reshoot the ending, they said no, we’re done giving money. So Lou put up the money, and as a result he got a bigger piece of the pie, and actually ended up owning the movie. So it worked in our favor, and that’s just how it is sometimes. Because in the movie industry, toward the end, when you don’t know if it’s going to be a hit or not, and the money’s already spent, then sometimes it’s a good time to bargain. But no, man, we’ve never had a problem.

Pot is now legal in a number of states and its depiction in film and TV is so common that there’s an entire stoner comedy genre, which you pretty much pioneered with “Up in Smoke.” Some would say you helped pave the way for society’s acceptance of pot. Do you consider yourself a trailblazer in this regard?

TC: (laughs) I consider myself a blazer, alright – a pot blazer. Actually yeah, we did. When Cheech and I did our comedy, we were probably the only ones doing pot humor right from the get-go, and that made us very popular with the stage people. And it was a natural transition to movies. So yeah, we were the first, and I’m very proud of that. 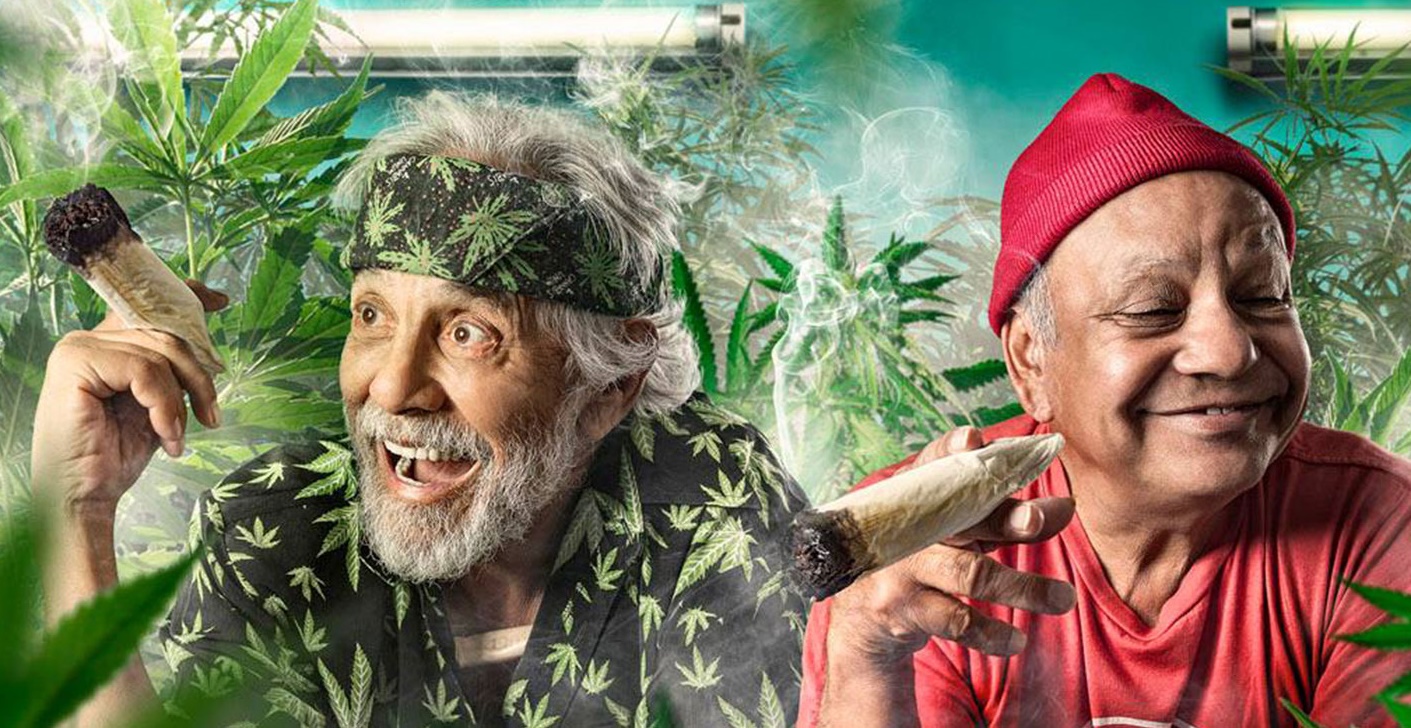 Of course, being such a public pot advocate has also had its downsides. In 2003, you were arrested and sentenced to nine months in prison after your pipe business was targeted in the federal investigation Operation Pipe Dreams. Were they trying to make an example out of you because of your celebrity status?

TC: It could’ve been that. But I think more than anything, what happened was my lawyers tried to get me to do an anti-drug commercial, and I did it but it ended up coming off like a pro-drug commercial, so they couldn’t use it. And my lawyers also told me, ‘Don’t talk to the press, don’t say anything,’ and I couldn’t help myself, so I said the bongs were the only weapons of mass destruction that the Bush administration found, and no one laughed except me and the press. And next thing I know I got nine months in jail, so I think it was my big mouth that caused it.

And yet, now you can run a pot-related business right out in the open, as you’re currently doing with Chong’s Choice. Tell me a little bit about your company.

TC: We were trying to capitalize on our name. My son and partner, Paris Chong, he was the one who really got Cheech and Chong back together after being apart for almost thirty years, and he also came up with this Chong’s Choice idea of branding. And we also have this other partner, J.P. Cohen, and J.P. came up with a system, almost like a distribution setup, and we go to the best farmers, the most organic farmers, and we partner up with them to get the best product we can, and to help get this product into the stores as Chong’s Choice. We got oil, we got flower, we got pipes, we got everything you need to make you healthier. That’s what Chong’s Choice is all about.

What’s up next for you?

My daughter Robbi and her husband Dave are putting the finishing touches on a Cheech and Chong documentary. And then there’s another movie coming out called “It’s Gawd,” and I play God, which by the way Cheech has accused me of doing for being a megalomaniac (laughs). It’s true.

Catch Cheech and Chong on tour this summer: http://www.cheechandchong.com/