Blondie And Garbage To Co-Headline “Rage And Rapture” Summer Tour

Blondie and Garbage have announced a joint summer tour. The "Rage and Rapture Tour" will take both bands around the United States and Canada, starting July 5th in Saratoga, CA and wrapping up August 12th in Dallas, TX.

Led by Debbie Harry, Blondie is still kicking the same punk mentality that led them to prominence out of the Lower East Side of Manhattan four decades ago. After 40 million records sold and a Rock 'N' Roll Hall of Fame induction, they stand as a true national treasure.

Garbage is another female led group that packs their own brand of attitude and style. Products of Madison, WI, their track record includes 15 million albums sold worldwide and a pair of Grammy nominations. Released in 2016, Strange Little Birds debuted at number one on Billboard's top rock album chart.

Tour dates are as follows. 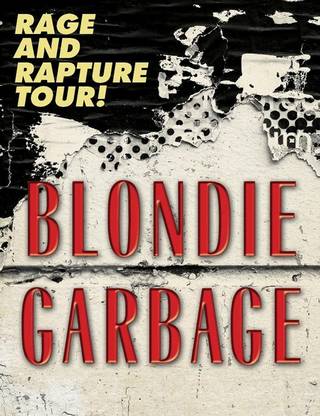 More dates will be added soon. To check out additional details, go to www.garbage.com or http://www.blondie.net/