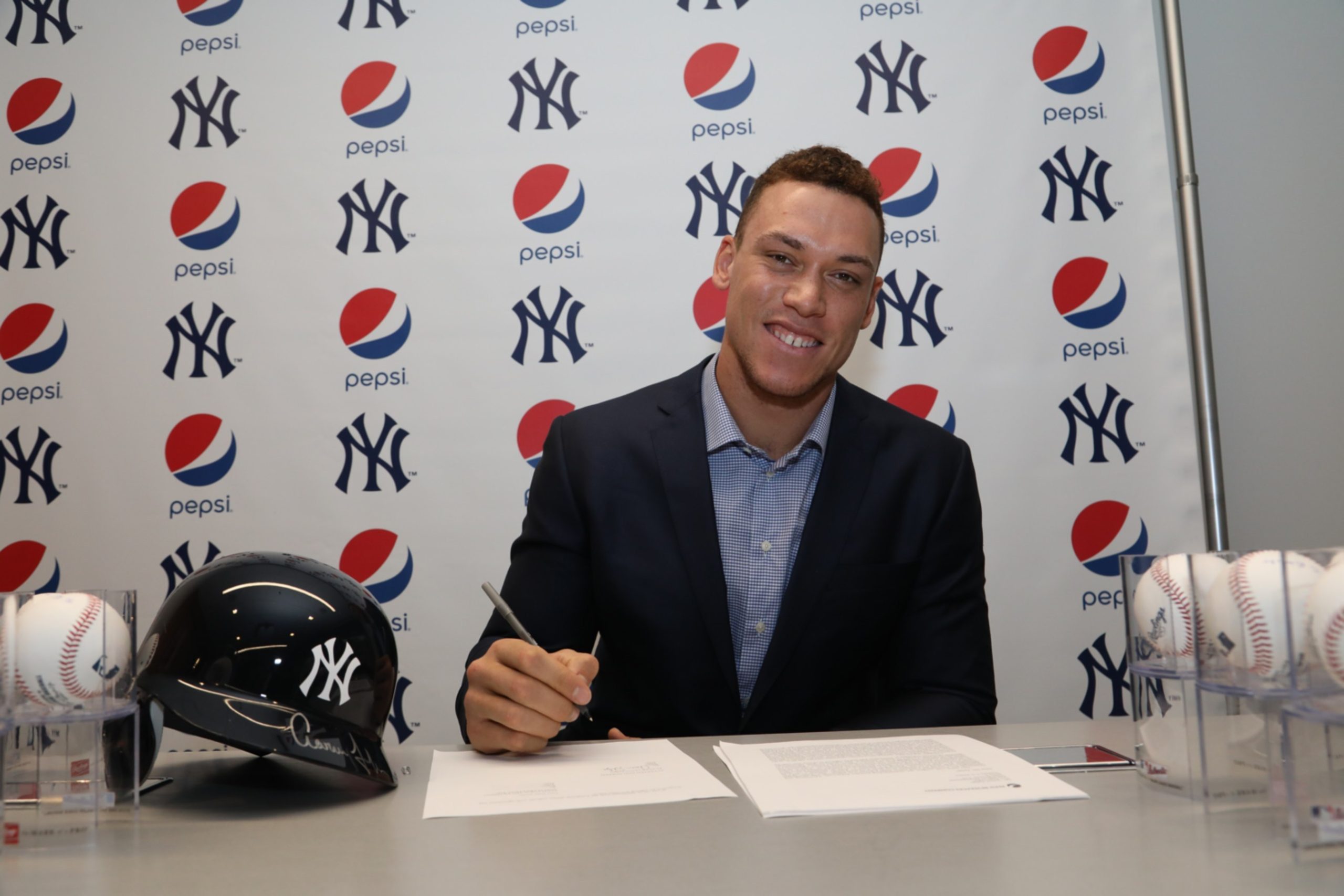 Pepsi announced its partnership with the Yankees' rising star Aaron Judge – a member of the newest Yankees generation – the "Baby Bombers." 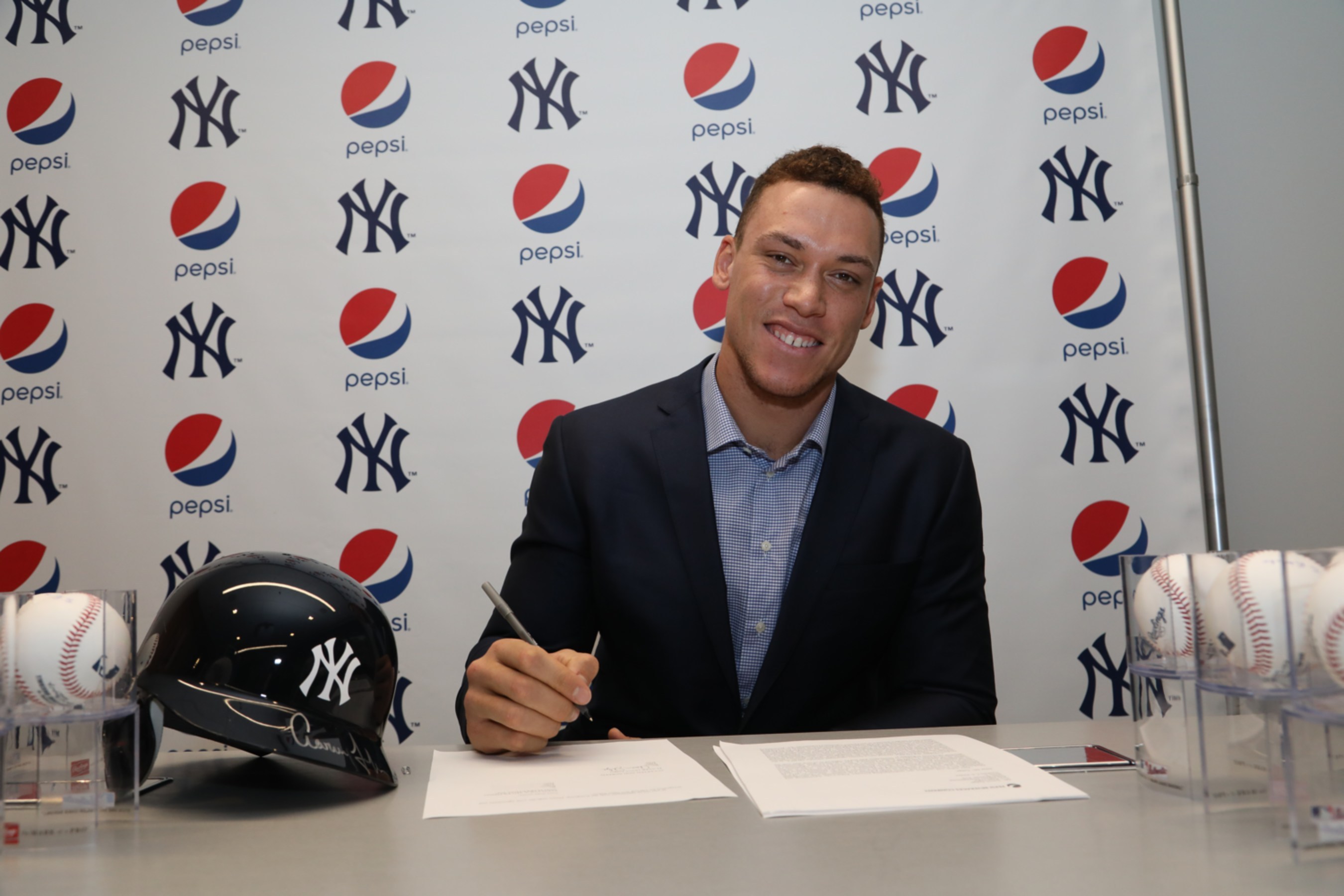 Outfielder Aaron Judge will serve as the face of Pepsi, championing the spirit and excitement of baseball, both on and off the field. The partnership serves as a continuation of PepsiCo's longstanding historic partnerships within the sport, as well as its commitment to bring baseball fans memorable experiences through its beverage portfolio.

"We are thrilled to welcome Aaron to the Pepsi family," said Justin Toman, Senior Director, Sports Marketing, PepsiCo. "He's one of the biggest rising stars in baseball and we're looking forward to working together to engage baseball enthusiasts in new and unique ways next season and beyond."

Judge has had a historic first full season as a New York Yankee and has quickly become one of the biggest stars in the league, with a rookie-record 52 home runs in 2017, among many other outstanding achievements. Judge will bring the excitement of this season to Yankees and Pepsi fans nationwide in the 2018 season and beyond.

"I am very excited to be working with Pepsi. Having grown up with Pepsi in my home, it makes this partnership even more special," said New York Yankees outfielder Aaron Judge. "Just like Pepsi, I always try to find ways to celebrate this great sport with our fans. They're now providing me another way to share my passion for the game."

Pepsi continues to champion the game, as exemplified by homages to players past and present, including this season's recent activations with the team. For example, the "Caps off to the Yankees" program with Gary Sanchez allowed fans the opportunity to select a limited-edition Gary-inspired New York Yankees cap design created by Bronx artist Andre Trenier.