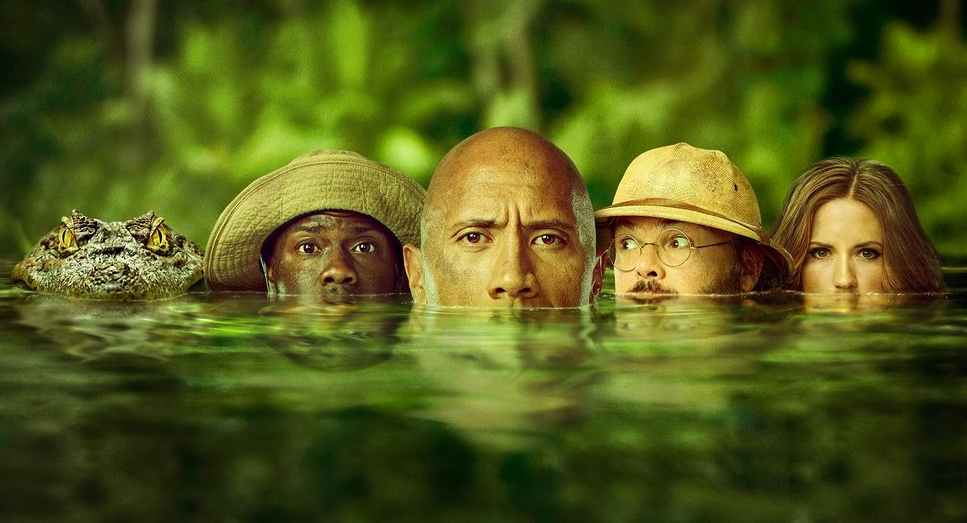 Sony Pictures collaborated with 60out Escape Rooms to develop a Jumanji-themed escape room.

Inspired by the upcoming film Jumanji: Welcome to the Jungle, in theaters December 20, 2017, the escape room will open in December at 60out's Melrose location. This marks the first time that SPE and 60out have teamed up to bring a movie to life.

The story unfolds when players receive a group text from a friend inviting them to play the Jumanji game with him.  After entering the room, and finding out he's not there and the room is in disarray, they turn on a game console, select their characters, and get sucked into the world of Jumanji.  Upon entering the jungle, where their friend is being held captive, they must embrace their roles in the world of Jumanji and return the emerald eye to the sacred Jaguar monument within 60 minutes.

Jamie Stevens, Executive Vice President Global Licensing, Sony Pictures Consumer Products, said, "The Jumanji films have always been about puzzle-solving and using your wits to survive.  In that way, the franchise is a perfect mix for escape rooms.  SPE's Matt Suser and 60out collaborated to take that idea and execute it perfectly in a way that fans will truly appreciate."

Home to Los Angeles' most popular escape rooms, 60out presents unique and interactive live-action adventure games.  The company was voted Best Set Design (2016) and Top 10 Escape Rooms (2017) by Forbes Magazine and USA Today, respectively.  Today, 60out has 12 rooms with plans to open seven more within the next year. Three new locations in Koreatown, Downtown Los Angeles, and Philadelphia are in development and will be completed by the end of the year.

The escape room requires 4-8 players and customers who pre-book are paying in advance for the opportunity to book a week before anyone else. Further details, including booking information, can be found at www.60out.com/jumanji