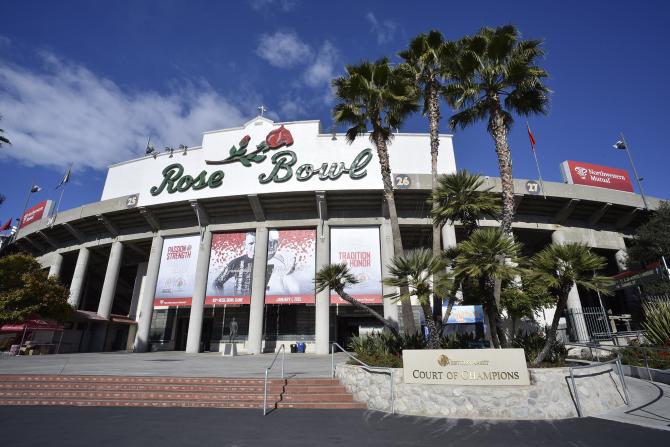 After the famous morning Rose Parade, the No. 5 CFP-ranked Penn State Nittany Lions, Champion of the Big Ten Conference, and the No. 9 CFP-ranked USC Trojans will play at the Rose Bowl Game presented by Northwestern Mutual at 1 p.m. PT (4 p.m. ET), Monday, January 2, 2017, at the Rose Bowl Stadium.

Penn State and USC have met twice in the Rose Bowl Game, including both of their most appearances in 2009. In that game, the No. 5 Trojans defeated the No. 6 Nittany Lions, 38-24, behind a four touchdown and 413-yard performance from USC’s Mark Sanchez. The only other meeting between these two teams was back in 1923, the first game played at the Rose Bowl Stadium. USC also won that meeting, 14-3, but it is known because the game started 50 minutes late because PSU was stuck in traffic.

Pre-game festivities on January 2, will begin at 1 p.m. PT (4 p.m. ET). The game will be televised nationally on ESPN.