For DeAndre Jordan, Paul’s Injury Might Be Blessing In Disguise 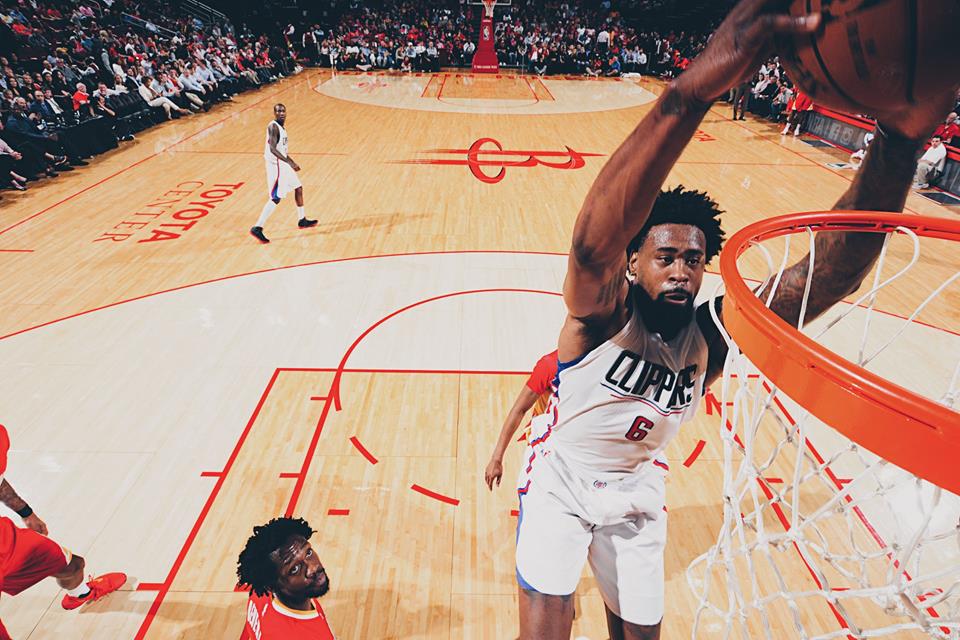 The Los Angeles Clippers announced yesterday that star point guard Chris Paul will miss the next several weeks after suffering an injury to the ligament on his left thumb. Losing Paul—a stealth MVP candidate—is certainly a tough break, but it does not mean the team’s season is spiraling into dire straits.

At 29-14, the Clippers can still hover near 50 wins if they play .500 basketball the rest of the way. Missing the playoffs is not a concern if they can withstand the loss of Paul's leadership for about 20 games, if everything goes according to his recovery timetable.

Meanwhile, Raymond Felton and Austin Rivers will now share point guard duties, as they did during Paul’s seven game absence in December. The offense was guard-oriented during that period, with Felton, Rivers, Jamal Crawford, and JJ Redick taking 60 percent of the team’s shots. That’s not an issue necessarily, but perhaps this unfortunate circumstance is a chance to allow DeAndre Jordan an opportunity to develop other offensive skills.

Besides excelling on defense and rebounding, Jordan is an excellent screener who has displayed a great feel for interior passing when he shares the court with Griffin. During his free agency fiasco in 2015, the Mavericks enticed Jordan to choose Dallas by promising an increased role in the offense through more post-ups and opportunities to create for teammates from the elbow. Although the Clippers swayed him back to Los Angeles with the same proposition, Jordan has yet to receive more responsibility in the offense. Maybe that time has come.

A greater role in the offense for Jordan could collide with the uncertainty of the Clippers' impending free agents. Paul, Blake Griffin, and Redick will all hit the market and draw high interest for their skills. It might be a near impossibility to remain under the salary cap and retain the trio. Some difficult decisions may have to be made, and that could start with Griffin.

Griffin’s recovery from knee surgery is on schedule, according to the Orange County Register’s Dan Woike. Griffin’s original “four-to-six” week timetable from his December 20th procedure would signal that he is on pace to play this week. He is still among one of the league’s elite post-up and pick-and-roll threats, with the added bonus of functioning as a secondary ball handler if need be. That is a unique combination for a big in any era.

That being said, Griffin has not played 70 games in a season since LeBron James was still in Miami. For someone so reliant on athleticism—and a player whose length leaves something to be desired—that could mean trouble with a deal which will carry him into his thirties. If Jordan can showcase skills that surprise the coaching staff, maybe that will foreshadow their upcoming decision in free agency. Of course, he might just be a lob and offensive rebound threat, but an exceptional one at that.

In the meantime, the Clippers will play 13 of their next 20 games against playoff bound teams. They’ll have to hope a few chips fall into place to remain in the hunt for a top four-seed in the West. To do so, that may start with unlocking Jordan’s hidden potential.