Movie Review: 'Star Trek: Beyond,' An Exhilarating Extension Of The Celebrated Series 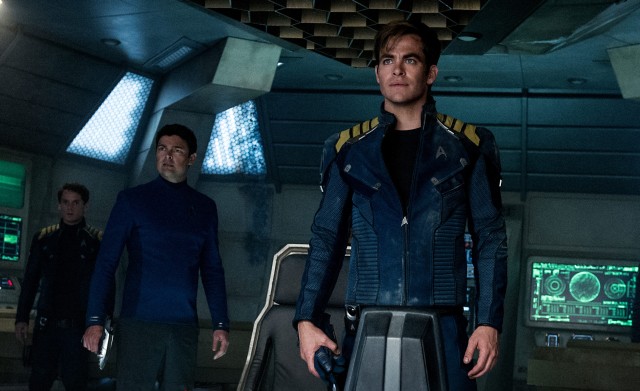 With the third installment in the J.J. Abrams franchise reboot, the crew of the U.S.S. Enterprise comes up against a formidable enemy when they crash into an alien planet in “Star Trek: Beyond,” starring Chris Pine, Zachary Quinto, Simon Pegg, John Cho, Zoe Saldana, Karl Urban, the late Anton Yelchin and franchise newcomers Idris Elba and Sofia Boutella (“Kingsman: The Secret Service”).

Written by Pegg and Doug Jung (“Dark Blue,” “Banshee”) from Gene Roddenberry’s classic television series, this latest chapter in the space saga has no shortage of big screen-worthy action despite the fact that Abrams has handed off the directorial reins to “Fast and Furious” veteran Justin Lin (Abrams retains a producer credit). With a standout script that pays homage to the original series while still being accessible to the summer movie crowd, a slew of insane action set pieces that represent the best that big budget filmmaking has to offer, and an enthusiastic cast that lend credibility to the intergalactic adventures, “Star Trek: Beyond” proves that there’s enough fuel left in the franchise for many more deep space diversions.

It’s year three of the Enterprise’s five-year deep space mission, and boredom has set in among the crew, most noticeably, the brandy drinking, newly introspective Captain Kirk (Chris Pine). Despite some new developments such as Commander Spock (Zachary Quinto) going through a breakup with Lieutenant Uhura (Zoe Saldana), the crewmates of the U.S.S. Enterprise are unified as ever. However, their peaceful space odyssey is quickly disrupted by a vicious attack on their ship by a swarm of alien bees led by a hostile enemy named Krall (Idris Elba), who is in search of an artifact aboard the Enterprise. 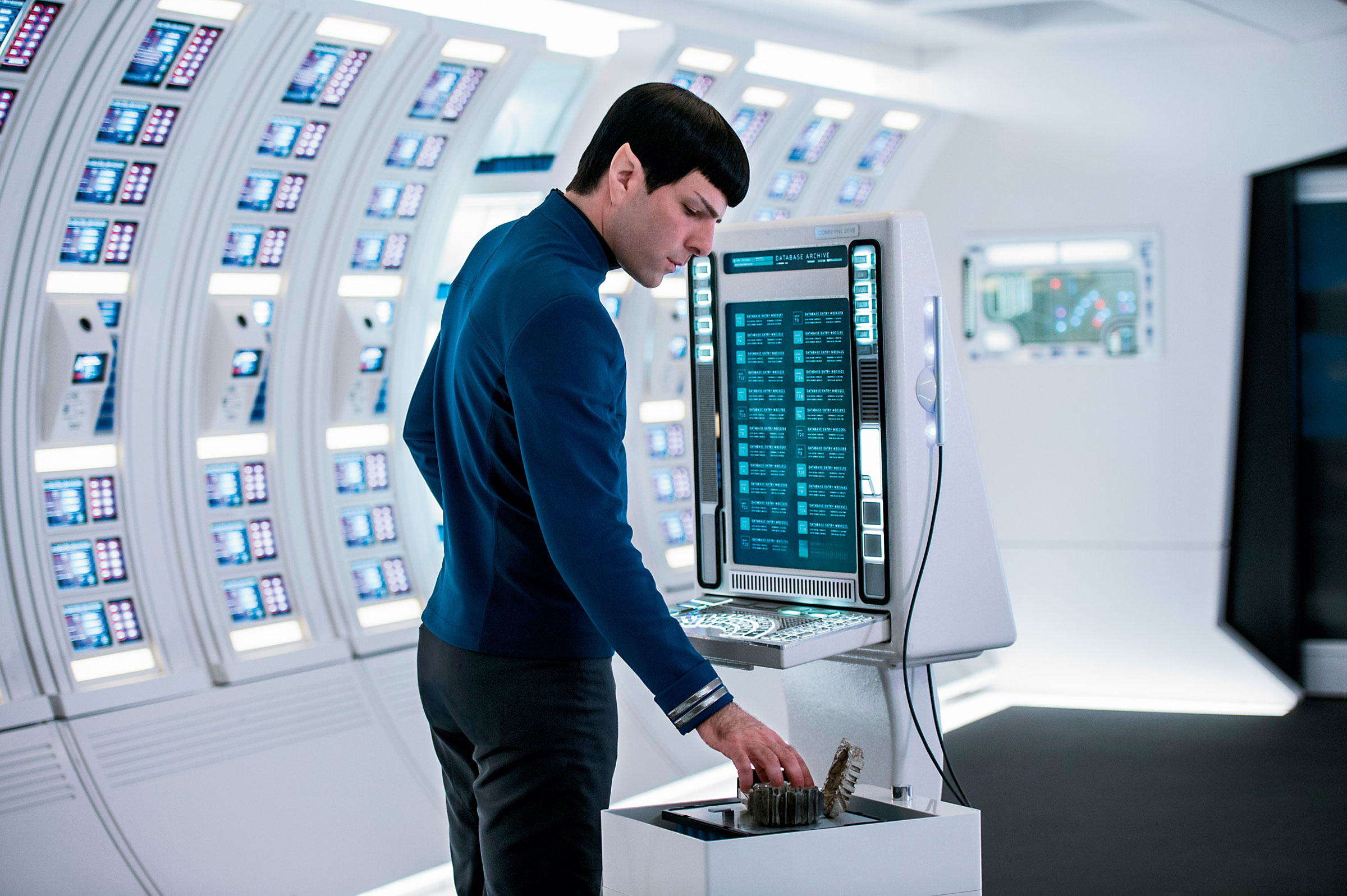 With the Enterprise essentially destroyed, the crew is forced to split into groups as their emergency vessels crash land on the alien planet of Altamid, which also serves as Krall’s base of operations. After some survival-based bonding among the unlikely pairs – the pensive Kirk with the optimistic Checkhov, the excitable Scotty with a fierce but helpful alien named Jaylah (Sofia Boutella), and most enjoyably, the ornery Bones (Karl Urban) with the methodical Spock – the group reunite for a thrilling attack on Krall’s Altamid base.

Although the Altamid blitz results in short-term success, once the crew conveniently stumbles upon a long-abandoned ship, the fight soon resumes in deep space, leading to a gravity-defying Yorktown climax that caps off the third installment with flair.

Even though the setup of the crew members stranded on an alien planet runs the risk of being dull, screenwriters Simon Pegg and Doug Jung throw enough curveballs into the group’s Altamid excursion to keep the proceedings engaging throughout. Action highlights include the initial attack on the Enterprise, the Altamid raid on Krall’s base, and the nail-biting Yorktown climax. As if it wasn’t already clear from director Justin Lin’s continually impressive work in the “Fast and Furious” franchise (he directed “Tokyo Drift” through “Fast and Furious 6”), he is a master at constructing deliriously exciting action scenes without jeopardizing plot along the way, and “Beyond” epitomizes this talent. Michael Giacchino’s score also hits all the right notes, and the production, costume, and makeup design are all peerless. 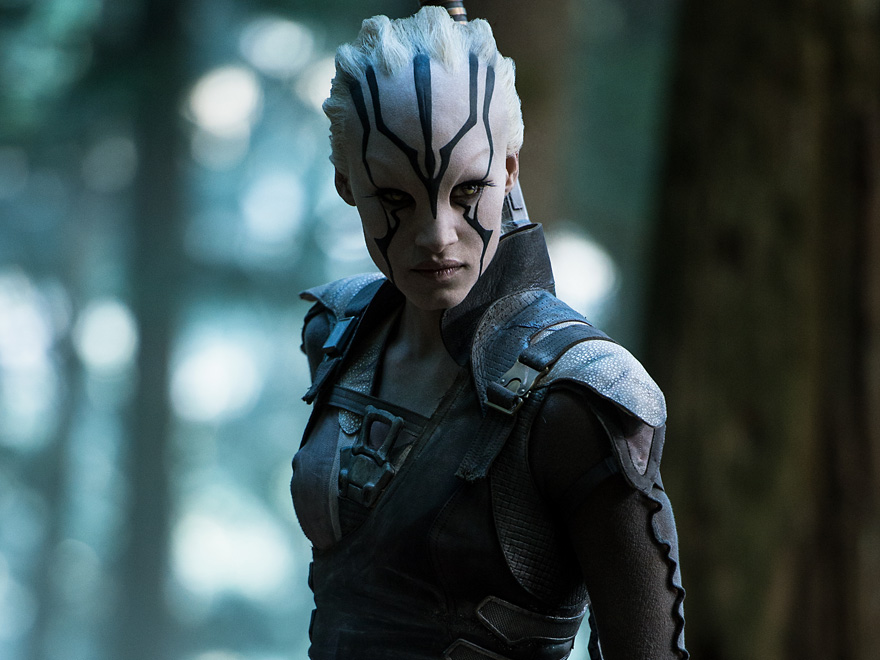 The likable ensemble cast assists invaluably to the overall enjoyment of the “Star Trek” franchise, and much like the credo that the crew lives by, their strength derives from their collective chemistry and their unselfish approach to their craft. Spock and Kirk may have received more screen time in previous installments, but the setup of “Beyond” makes sure that each characters gets their due, particularly fan favorites like Chekhov and Bones. “Star Trek” newcomer Sofia Boutella makes a memorable impression as the lonesome but tough as nails alien Jaylah, and Idris Elba is simply superb as the antagonist Krall.

Based on the enormous success of the previous two installments, audience’s insatiable appetite for eye-popping 3D content, and curiosity over the tragic death of Chekhov portrayer Anton Yelchin, it’s safe to assume “Beyond” will take the box office by storm.

Rated PG-13 for sequences of sci-fi action and violence.

Film
First Look: 'For The Love Of Spock' Trailer