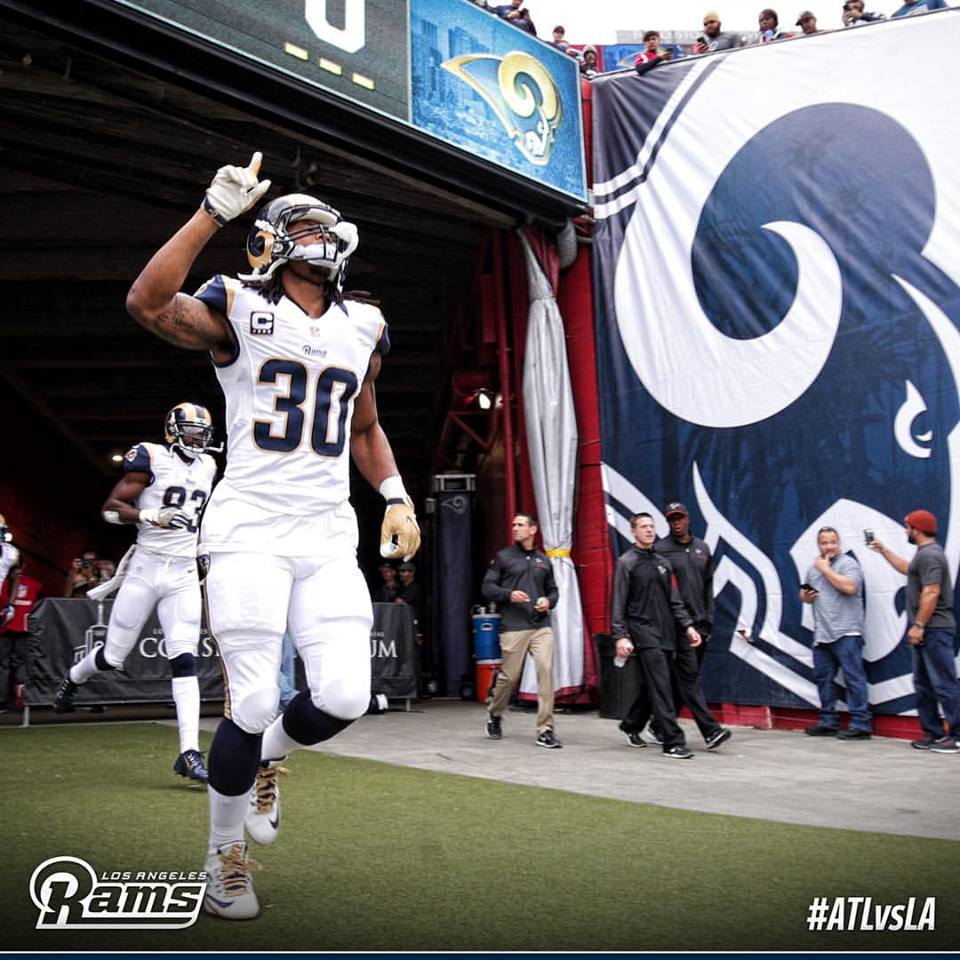 Before either team could break a sweat Sunday afternoon, the Los Angeles Rams had already shot themselves in the foot. Michael Thomas muffed the opening kickoff which the Atlanta Falcons recovered on the goal line and quickly punched in for a touchdown. Understandably, Rams fans and players alike seemed to share the same ongoing sentiment: here we go again.

Atlanta never trailed in their 42-14 victory over Los Angeles, nor were they threatened at any juncture. The Rams managed to make the Falcons bottom-five ranked defense look like the Seattle Seahawks ‘Legion of Boom’ for most of the game. This led to some harsh words from Todd Gurley after the game.

“We looked like a middle school offense out there,” Gurley said after the game.

“I don’t care if you’re out of the playoffs or not, I don’t care. Just come up, show, and play,” Gurley added. When asked if he felt everyone was giving their best effort, he responded, “I don’t, I really don’t. We look like we’re going through the motions. Everyone looks like they’re playing just to get through.”

The Rams offense ranks at the bottom of the NFL in overall yardage and points per game–despite boasting weapons like Gurley and Tayvon Austin. Quarterback Jared Goff (235 passing yards, 2 interceptions) is capable of making passes, which is why he was selected first overall in this past year’s draft, but his pocket presence needs work. On multiple occasions his timing was off with receivers, and he took too long to recognize Atlanta’s blitz. On the upside, Goff is beginning to show signs of growth with each start.

“Jared [Goff] is gaining valuable experience for his career,” head coach Jeff Fisher assured reporters after the game. “He’s going to be our quarterback for a long, long time. He showed some things today that were impressive.” Goff led an impressive 13 play-80 yard drive towards the end of the game. He capped it off with a dive into the end zone, whereupon he was slammed by two Atlanta defenders. To his credit, he risked his health for the sake of the team on a physical run some quarterbacks would not consider.

Falcons quarterback Matt Ryan was excellent passing for three touchdowns and zero interceptions. He did his damage without star receiver Julio Jones who was out with a toe injury. Atlanta is a likely playoff team although the Tampa Bay Buccaneers are also close with their pursuit of the NFC South division title.

The Rams have a short week before taking on the NFC West leading Seahawks Thursday night. Seattle was thrashed by the Green Bay Packers yesterday, and will surely come out prepared to redeem the beatdown they took Sunday night.