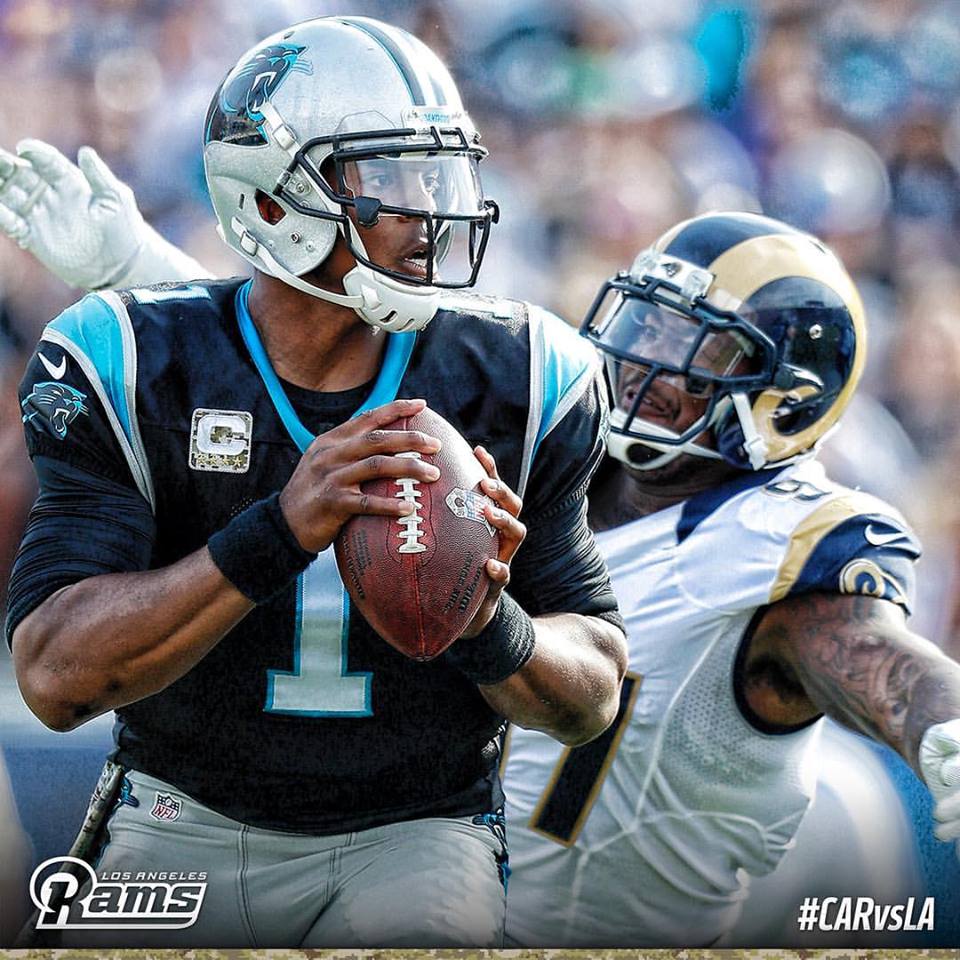 The Los Angeles Rams fell 13-10 to the Carolina Panthers in spite of a dominant defensive effort. This is their fourth straight loss, dropping the Rams to 3-5.

Led by all-pro defensive tackle Aaron Donald, the Los Angeles defense stifled Cam Newton and the Carolina offense. They sacked Newton five times and held the vaunted Panthers rushing attack to only 59 yards. It was the type of defensive effort that wins games in the NFL.

“We have to keep the defense playing at this rate, effort, and production,” said head coach Jeff Fisher. The Rams defense has only given up two touchdowns the last two games.

They bested Carolina in total yardage and first downs, but the Rams lost the stat that has plagued them all season: turnovers. Struggling quarterback Case Keenum threw an interception late in the third quarter with his offense down a score. He has thrown the second most interceptions of any quarterback this season.

“Obviously we have some frustrations on the defensive side when you lose,” said Fisher. “But, as we told our team, defense has to keep doing what they’re doing, and the offense has to step it up.”

Fisher’s offense looked good on their only successful drive of the day, a 15 play, 75 yard drive in which they converted two fourth downs. Keenum capped it off with a 10 yard toss to Kenny Britt with 34 seconds remaining. It was too little too late.

“Obviously we have to score points to win games,” said running back Todd Gurley. “Every man individually has to win their one-on-one [match ups] and get it done [on offense]. No excuses, we have to score.”

Sunday’s loss was another frustrating game for Gurley. Except for an explosive 18 yard run out of the wild cat, Gurley was swarmed by the Panthers on every carry. He finished with another pedestrian stat line of 12 carries for 48 yards and zero touchdowns.

Due to Keenum’s unthreatening pocket presence, opposing teams are able to focus their game plans on stopping the Rams’ run. Defenses will “stack the box” to contain Gurley, meaning eight defensive players will align in an imaginary three to five yard box near the line of scrimmage. Additionally, Carolina had the second ranked rushing defense in the league going into the game, so the odds were stacked against Gurley finally posting a breakout performance.

The Rams have a week to regroup before traveling to the Meadowlands next Sunday to play the New York Jets. Kickoff is at 10 AM PST.