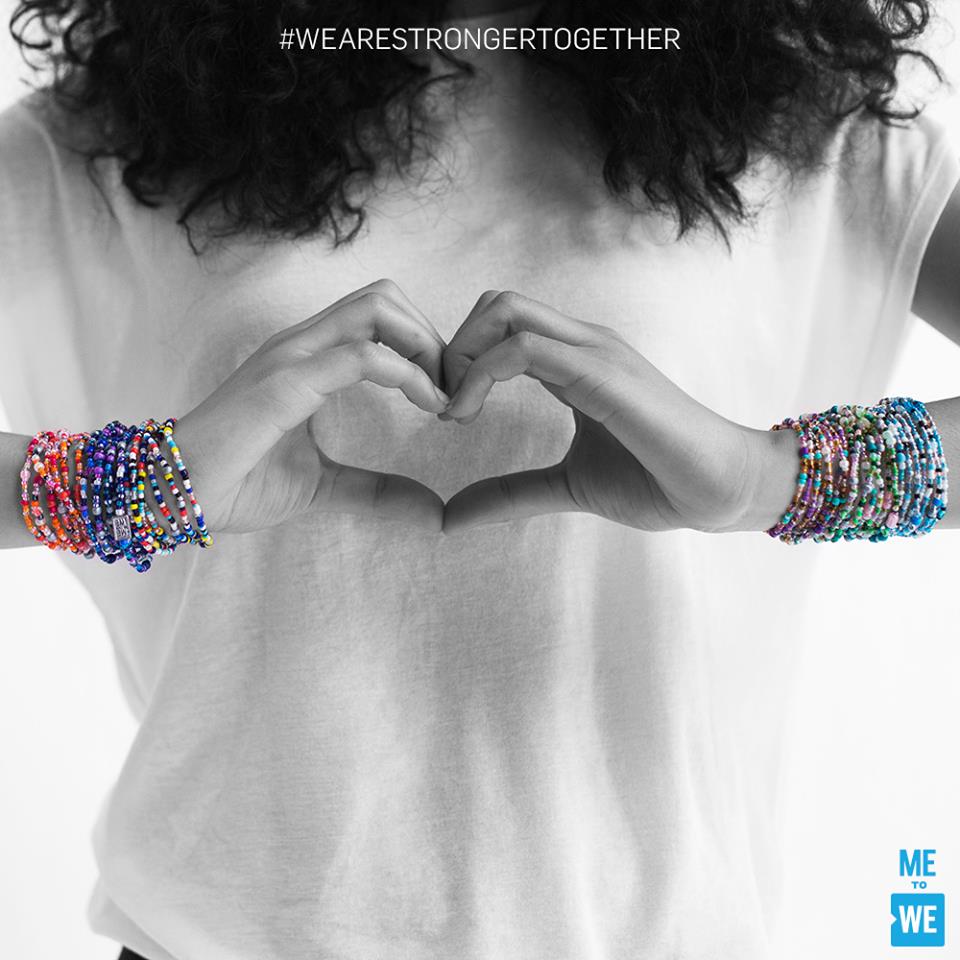 Celebrities give back at WE Day, a powerful series of educational events that combines the energy of a live concert with the inspiration of extraordinary stories of leadership and change, announces the initial list of presenters, speakers and performers attending WE Day Seattle on April 20, 2016 at the KeyArena at the Seattle Center. Thanks to Co-Title Sponsors Microsoft Philanthropies and Allstate, WE Day Seattle will bring together 15,000 students in an inspirational setting, celebrating the commitment they have made to take action on local and global causes they care about.

"Performing at WE Day last year for the first time in front of thousands of young people was such a beautiful, and inspiring experience," said Grammy® Award-winning entertainer, songwriter and producer, Ciara.  "It's amazing to see the positive actions being taken by the future generation with the 'WE movement' to create real changes in our world."

Joining the lineup above on stage will be local young people with inspiring personal stories like Abigail Houck, age 25, who at only 9 years-old was diagnosed with childhood Leukemia. A once athletic child, she found herself feeling tired and broken as the medication being taken to fight the disease altered her mood, memory and weight. Determined to regain control of her life, Abigail began dreaming about attending the University of Washington—a school she passed daily on her way to treatment. As treatments took a toll on her family's finances, Abigail received a 4-year scholarship from Cancer for College—an organization providing young people impacted by cancer with the opportunity to continue their education. Now cancer free, Abigail is an advocate for pediatric cancer patients and survivors. Though the odds may have been stacked against her, she always knew she would live to share her story and aid those who followed in her path. Now, as the Pacific Northwest Director of Cancer for College, Abigail is determined to make her gift of life count by providing college scholarships to cancer patients who experienced the very same hardships she once did. Abigail is just one of the many young people who will share their story to motivate their WE Day peers.

WE Day is an inspirational event like no other, bringing together like-minded individuals and providing a platform for youth to learn about some of today's most pressing issues. WE Day celebrates and inspires this generation's shift from me to we—towards acting with intention, leading with compassion, and a belief in the power of community. Taking the philanthropic world by storm each school year with 14 stadium-sized events in the U.S., Canada and the U.K., WE Day is one of the world's largest non-profit initiatives on social media, with more than five million followers.

More than a one-day event, WE Day is connected to the yearlong WE Schools program, which provides hands-on, student-led campaigns designed to enhance a school's existing social initiatives or to spark new ones. WE Schools helps young people turn the day's inspiration into sustained action. By taking action on one local and one global cause, students are equipped with the tools to succeed academically, in the working world and as active citizens. Together, WE Day and WE Schools are a blueprint for building the next generation of change-makers. A global movement of 2.3 million young people strong, youth involved with WE Day and WE Schools have raised $62 million for more than 2,500 local and global organizations, volunteered 19.9 million hours for local and global causes and collected over 7.6 million pounds of food.

"Every year, more than 200,000 students coast to coast and around the world, from over 10,000 schools, earn their tickets to WE Day through the yearlong WE Schools program, creating tangible benefits for the community they serve and demonstrating positive long-term social impacts," said Craig Kielburger, co-founder of WE Day. "WE Day Seattle will unite and celebrate thousands of young leaders who are working together to support local and global charities in line with causes they care about most."

In the 2014/2015 school year, students and teachers from across Washington participated in remarkable social change. Over 224,000 youth were inspired to take steps to improve the world through WE Day's yearlong educational program, WE Schools; volunteering more than 569,500 hours for local and global causes and raising over $897,000 in support of local and global organizations.

You can't buy a ticket to WE Day—students from across the country earn their way by the actions they take on one local and one global cause of their choice. WE Day is free of charge to the thousands of students and teachers in attendance at the event and statewide, thanks to the generous support of partners led by Co-Title Sponsors, Microsoft Philanthropies and Allstate.

The full list of speakers, performers and presenters, in alphabetical order, announced to date includes:

Spencer West (@spencer2thewest) – ME to WE motivational speaker, Free The Children ambassador and author