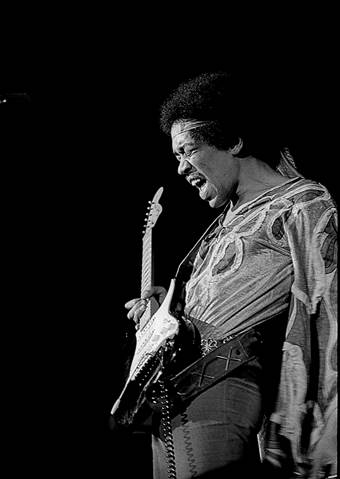 Standout performances include such Hendrix classics as "Hey Joe," "Voodoo Child (Slight Return)," "Purple Haze," as well as versions of "Room Full Of Mirrors," "Freedom," "Straight Ahead" and "The Star Spangled Banner" against a backdrop of fireworks. The recently unearthed footage, shot by Steve Rash (The Buddy Holly Story), details the historic night and the efforts of promoter Alex Cooley to create the definitive music festival with Hendrix as the centerpiece.

Hendrix's incredible skills were on glorious display at the Festival, dubbed the "Southern Woodstock" where some 300,000 descended on a tiny rural Georgia town to witness the unforgettable performance. The then-groundbreaking event was seen as a direct challenge to the cultural divide in the deep South. Hendrix's music and message of universal love made him the ideal artist to represent this burgeoning shift. By the time the Jimi Hendrix Experience took the stage on that night, massive, anarchic music fests in the U.S. were soon to be extinct, and the Atlanta Pop Festival was the last of this dying breed. Glenn Phillips (Hampton Grease Band) says, "This was, certainly in retrospect, sort of the end of an era, and a great end to an era. It was a powerful moment."