What You Need To Know About Apple Music 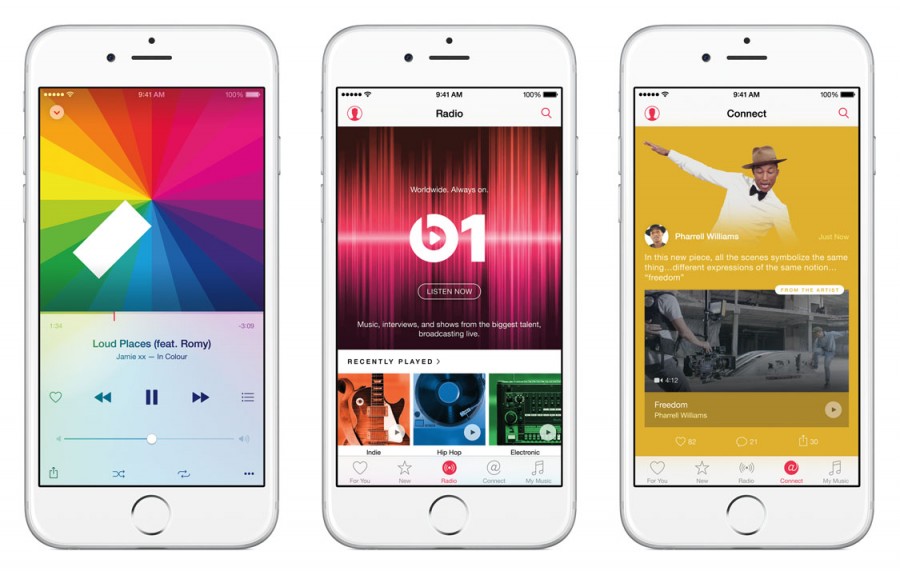 Apple Music is here... so what's it all about? Check out the features for yourself and decide if you should make the leap from Spotify or Tidal to Apple. The tech empire invites consumers to a 3-month free membership, after which a $9.99/month subscription fee will apply. There will also be a family plan providing service for up to six family members available for $14.99/month.

It's a streaming service and app that puts the entire Apple Music catalog at your fingertips across your devices. You can stream any song, album or playlist you choose — or let Apple Music do the work for you.

The “For You” section of Apple Music provides a mix of albums, new releases and playlists, which have been personalized just for you. In addition to human curation, Siri® is also dedicated to helping you enjoy great music and have fun with Apple Music. Ask Siri to, “Play me the best songs from 1994,” “Play the best FKA twigs song,” or “What was the number one song in February 2011?”

Apple Music Radio
Beats 1℠, Apple’s first ever live radio station dedicated entirely to music and music culture, will broadcast live to over 100 countries. Beats 1 is a 24-hour listening experience led by influential DJs Zane Lowe in Los Angeles, Ebro Darden in New York and Julie Adenuga in London. The new stations range in genres from indie rock to classical and folk to funk, with each one expertly curated. With membership, you can skip as many songs as you like, so you can change the tune without changing the dial.

Apple Music is available on your iPhone, iPad, iPod touch, Mac, and PC starting June 30. Apple Music will be coming to Apple TV and Android phones this fall.