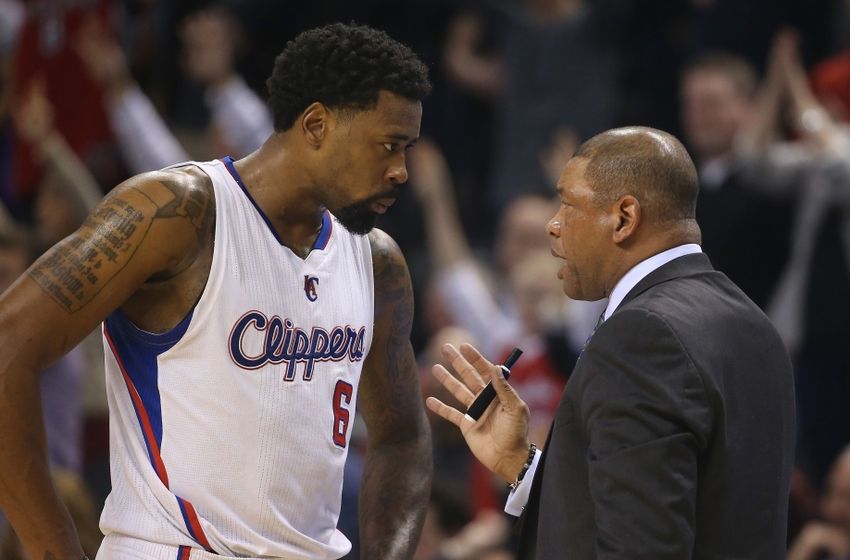 After spurning the Los Angeles Clippers and verbally agreeing to a four-year max deal with the Dallas Mavericks last week, DeAndre Jordan has made an about-face, re-signing with Clippers in a deal ESPN sources say was completed Thursday morning shortly after midnight ET at his house in Houston. The contract with the Clippers also is a four-year max deal that will be worth an estimated $88 million, sources told ESPN. Jordan can opt out after three years. The Clippers quickly trumpeted the deal in a tweet. A Clippers contingent that included coach/team president Doc Rivers, owner Steve Ballmer and star teammates Chris Paul and Blake Griffin descended en masse on Houston to get Jordan back, meeting him at his house.

Several of the Clippers contingent remained after the end of the meeting, staying until he was to sign the deal, which the center was first able to do at 12:01 a.m. ET Thursday when a leaguewide moratorium was lifted. The meeting didn’t last long, a source said. The group talked about the issues at hand, and then the atmosphere changed to resemble a locker-room scene, including cards and video games. New Clipper Paul Pierce and veteran guard J.J. Redick also were among those to join Wednesday’s meeting, sources said, with Pierce tweeting a photo of what appeared to be Jordan signing the deal. Jordan did not respond to any of the Mavs’ attempts to contact him Wednesday, including phone calls and text messages, and sources said Mavericks owner Mark Cuban regretfully notified several people within the organization that Jordan would be staying with the Clippers. Sources told ESPN that the unprecedented fluidity of Jordan’s free agency had convinced the Clippers they needed to stay at Jordan’s side until he formally signed the new contract, given that Jordan had already changed his mind once in this process. A Clippers source said Jordan initiated his change of heart a few days ago. “He reached out to us and said, ‘I changed my mind.’ There was no convincing here,” the source said.