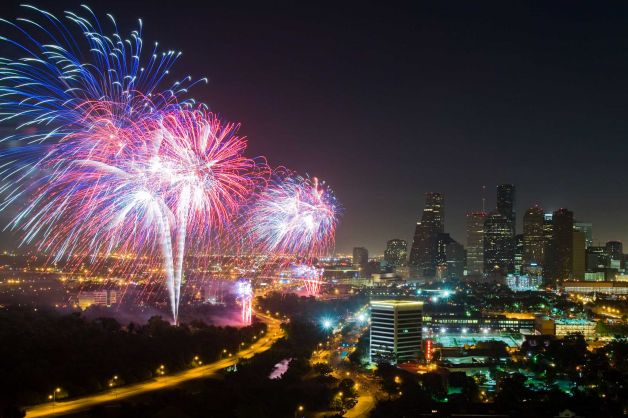 The Fourth of July weekend is rapidly approaching, so if you don't have any plans, it is high time to make them. For a night out on the town this Saturday, check out our list of holiday-themed events and parties that are sure to have you celebrating into the wee hours of the morning.

Hollywood's longest running dance club and iconic LA historic music institution, is hosting it's 4th of July holiday extravaganza. On Friday and Saturday night, Avalon is hosting a number of electronic artists to spin the freshest beats all night night long. On July 3rd, Gent & Jawns, Meaux Green, Duelle, Ricky Remedy will be performing sets. On the big night of July 4th, Grammy-nominated Dirty South will play an extended set with SNBRN. The club is equipped with a 40 inch subwoofer to support the DJs, the largest ever in clubbing history. The club's celebration is sure to to bang harder than any fireworks. 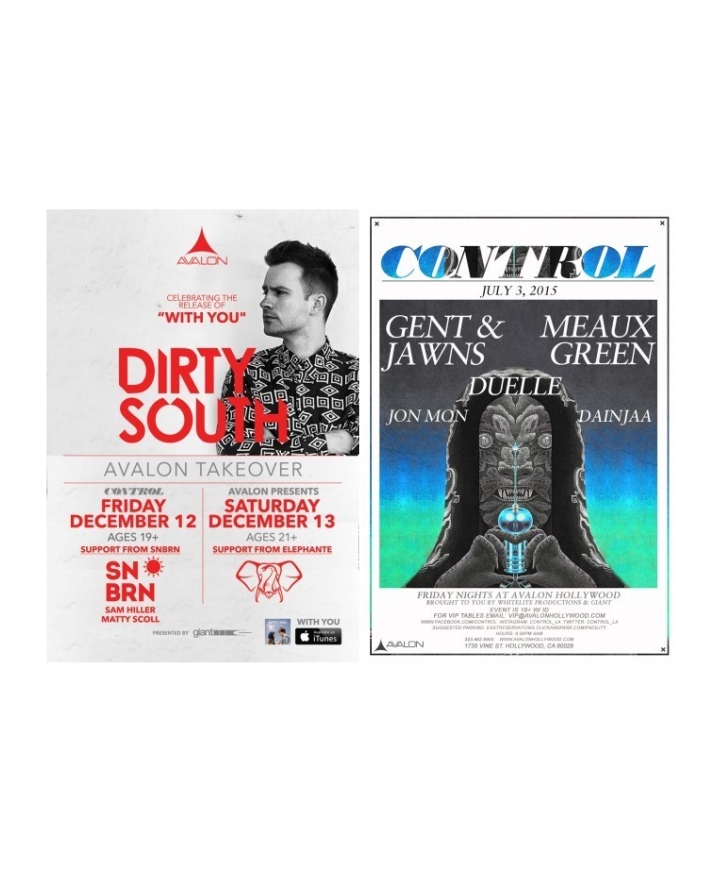 Home to hipsters and prime destination for L.A.'s independent music scene, the Echoplex has been voted for having the "best club nights in Los Angeles." This weekend, the two venues are hosting events that will get you up on your feet in honor of Independence Day. Mosh your afternoon away at the Suburban Fight #20 Hardcore Matinee at The Echo, featuring performances from Pure Disgust, Hard Stripes, Barge, Free At Last, Burst of Rage, Response, and LOCK.The Echoplex downstairs is hosting a special party in the evening -Bootie LA - America, F*ck Yeah! Resident DJ ShyBoy will be joined by special guest Voicedude spinning American-themed mashups. The DJs are joined by resident dance crew R.A.I.D. (Random Acts of Irreverent Dance) taking over the stage with all-American go-go dancing. 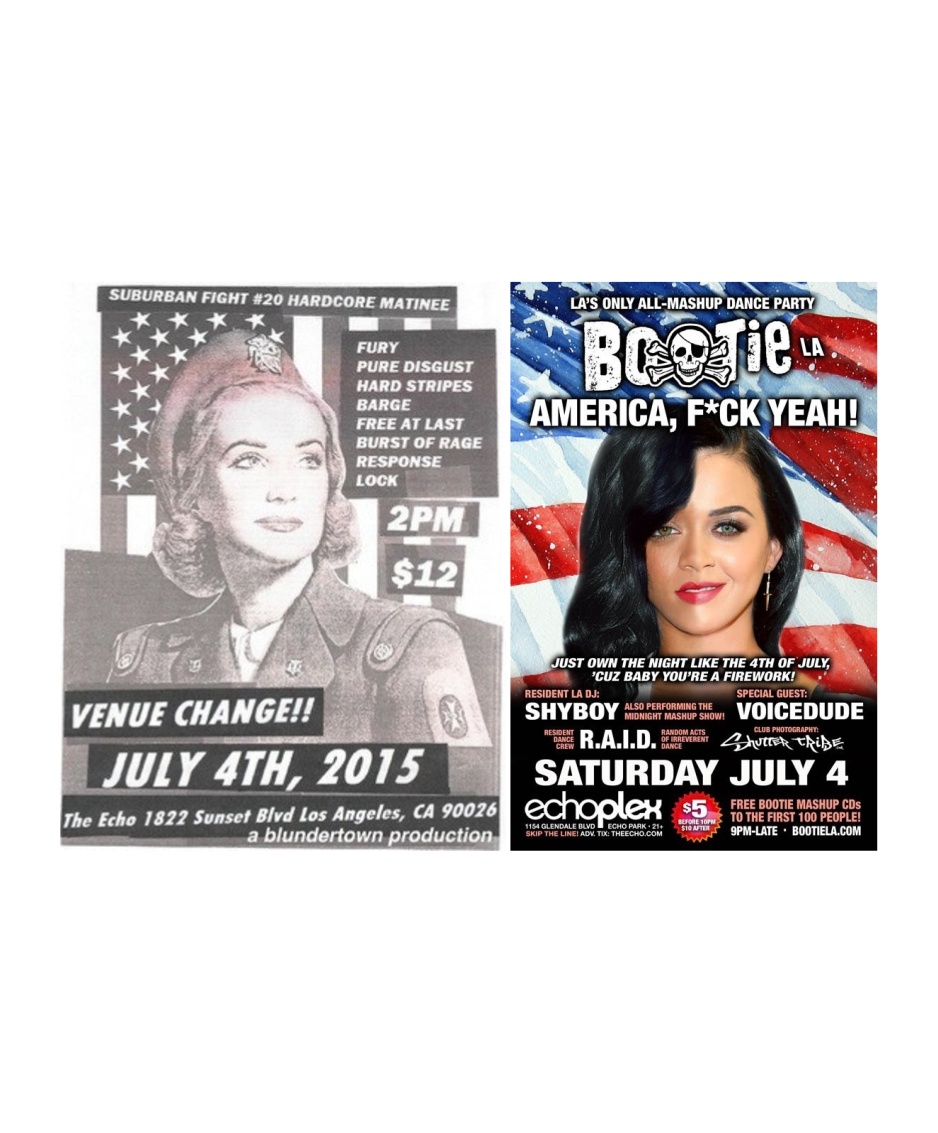 If you're in the mood for something more traditional or family-friendly, head over to the Hollywood Bowl. The Los Angeles Philharmonic will be playing patriotic music, and sharing the stage King of Motown, Smokey Robinson. Of course, you cannot forget the annual fireworks display, which is sure to light up the Hollywood Hills.

All ages.Tickets are available here.

For those of you who simply want to go out and dance, check out Dance Yourself Clean at The Satellite. This is a weekly, no-frills party that began in Seattle, and has made its way south to L.A. Inspired by the music of artists like LCD Soundsystem, Charli XCX, Major Lazer and The Knife, this is not your typical night out on the west side. On Saturday, the party will also feature a performance by indie band AirBagOne on the first stop of their U.S. tour. 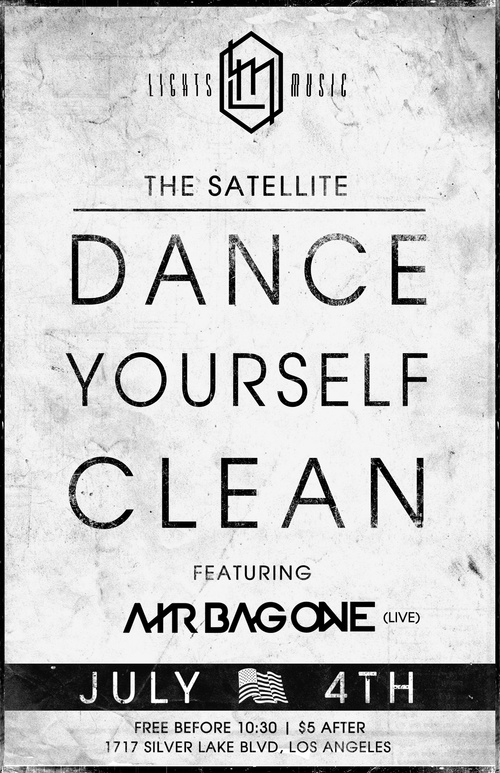