Friday Night Fireworks Are Back At Dodgers Stadium For Baseball Season 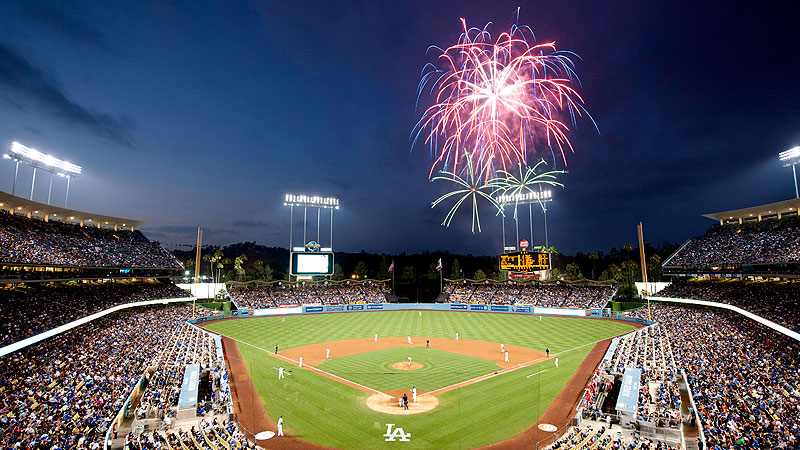 The Los Angeles Dodgers will continue to light up the sky with Friday Night Fireworks at Dodger Stadium this season.

The Dodgers will have 13 different themed fireworks shows following their Friday night games, all sponsored by Denny's.

In addition to the 13 Friday night games, the Dodgers also will have a fireworks show following their Saturday, 4th of July 4:15 p.m. game with the New York Mets.

The Denny's Friday Night Fireworks schedule (all games at 7:10 p.m.) and their themes:

In addition to one Friday Night Fireworks Night, the month of April will feature five promotional dates fans will want to mark on their calendars. The Dodgers will give away an adult replica pullover jacket presented by Bank of America on tomorrow, April 8 at the 7:10 p.m. game with the San Diego Padres.

Jackie Robinson Day and the Civil Rights Game will be on Wednesday, April 15 against Seattle at 7:10 p.m. Fans in attendance will receive an adult Jackie Robinson replica jersey presented by Bank of America.

The final promotional night in April will be Wednesday, April 29 against the San Francisco Giants at 7:10 p.m. and fans will receive a Clayton Kershaw Dodgers' Fleece Blanket presented by Security Benefit.

Tickets remain on sale for all of these April promotional dates as well as all regular-season home games at www.dodgers.com/tickets.