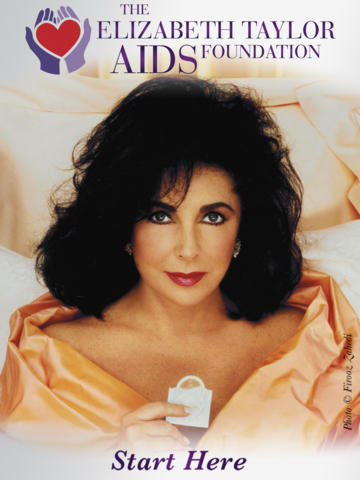 On the 83rd birthday of Hollywood icon Elizabeth Taylor, GLAAD announced a new partnership with The Elizabeth Taylor AIDS Foundation (ETAF) and AIDS United to renew the attention of Americans, the entertainment industry and news media on the fight to end HIV and AIDS once and for all.

As part of the partnership, GLAAD today released a new style guide for journalists, which includes best practices for covering HIV and AIDS in a new era of prevention and treatment.

"It’s time to put our red ribbons back on,” said GLAAD President & CEO Sarah Kate Ellis. “Just as we advocated for accurate coverage of HIV and AIDS in the 1980s, it is equally important today that we ensure fair, accurate, and inclusive stories in the media to build understanding that leads to better prevention. This new style guide provides the most up-to-date information and resources for journalists to more fully tell the story of HIV and AIDS in the United States, the people living with it, and the fight to eradicate it permanently.”

“Elizabeth Taylor devoted her life to the fight against HIV/AIDS for 27 years. She took advantage of every opportunity to speak out and keep the subject of HIV and AIDS top of mind for the public. The Elizabeth Taylor AIDS Foundation is proud to partner with GLAAD and AIDS United to reignite the conversation at such a critical time. The country has not seen a decrease in the number of new infections in over a decade despite the tools that exist to help reduce transmission by 96%,” said Joel Goldman, Managing Director of The Elizabeth Taylor AIDS Foundation.

“We’ve come a long way,” said AIDS United President & CEO Michael Kaplan.  “When I tested positive in 1992, AZT was the only treatment option.  Today, we have more than 30 options and the knowledge that treatment not only offers a full life for those of us infected, but with viral suppression which can be achieved through treatment, we basically eliminate the ability of further transmissions.  We finally have the tools, the science and the know how to get us to the end.  Now, we just need to ensure our messages are clear, on point, and that we mobilize the community and political will to get us there.”

The three organizations also called on the entertainment industry to commit itself to creating more characters and storylines that present the realities associated with living with HIV in today's world.

“With HIV infection rates rising among young people in the U.S., it’s hard to believe that I play one of the only recurring HIV-positive character on scripted television today.  These three organizations partnering to provide essential tools for the media will hopefully inspire other TV programs to include HIV-positive characters as well news coverage about the state of HIV and AIDS in America,” said Daniel Franzese, star of HBO’s LOOKING, and ETAF Ambassador.

In addition to the style guide, The Elizabeth Taylor AIDS Foundation and GLAAD announced the creation of a new series of public service announcements (PSAs) that build on the legacy of Elizabeth Taylor's advocacy and will feature celebrities, medical professionals, and ordinary Americans in an effort to call attention to the role everyone can play in helping end HIV and AIDS. The first PSA is being produced by the Tony Award winning Martian Entertainment and will be released in March 2015.

In 1985, GLAAD was founded in response to the New York Post’s grossly defamatory coverage of the HIV and AIDS epidemic. Three decades later, GLAAD’s legacy of fighting injustice in the media for the LGBT community has reshaped our culture and created historic levels of acceptance.