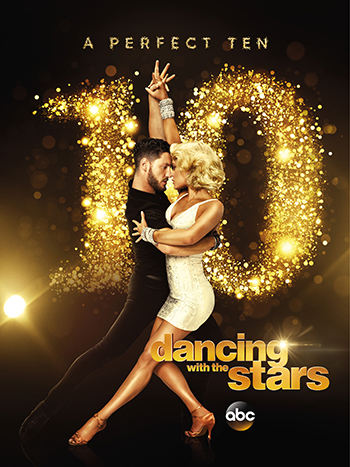 NOAH GALLOWAY -- A native of Birmingham, Alabama, Sergeant Noah Galloway was assigned to the 1st of the 502nd Infantry of the 101st Airborne Division out of Fort Campbell, Kentucky during Operation Iraqi Freedom. Just three months into his second tour of duty, he experienced a life changing injury. On December 19, 2005, Galloway lost his left arm above the elbow and left leg above the knee in an Improvised Explosive Device attack.

ROBERT HERJAVEC -- Robert Herjavec is recognized as the “nice” Shark on ABC’s Emmy Award-winning hit show Shark Tank. Born in Croatia, Robert and his family fled communism in the former Yugoslavia with just one suitcase and $20 to their name.

PATTI LABELLE -- Beautiful simply does not describe the incomparable force known to the world as Patti LaBelle. Through the years, the songbird’s name has become synonymous with grace, style, and class.

NASTIA LIUKIN -- Grace and beauty in the sport of gymnastics led Nastia Liukin to her crowning achievement as Olympic All-Around Gold Medalist at the 2008 Olympic Games in Beijing, but winning five medals was only the beginning for this golden girl.  After returning home, she graced the pages of countless magazines and appeared on various TV shows, while even being chosen as one of 2009’s most influential people.

RIKER LYNCH -- Riker Lynch is an actor / musician / songwriter originally from Littleton, CO. He has been singing and performing since the age of 3 and was originally cast in Hollywood as Jeff Sterling, one of the members of the Warblers, the acappella group featured in GLEE. He appeared in seasons 2, 3 and 4 of GLEE, and also appeared as a Warbler in the 2011 edition of the Glee Live!

CHARLOTTE MCKINNEY -- 21 year old model and actress, Charlotte McKinney, is the centerpiece of the highly buzzed about Carl’s Jr. Super Bowl ad, the fast-food chain’s most successful to date with a staggering 2.5 billion media impressions in less than two weeks. She previously fronted a campaign for the iconic brand, GUESS.

REDFOO -- The man beneath the famous fro is more than just a charismatic character on the airwaves, he is a formidable entertainment force; performer, producer, actor, host, judge, innovator and fashionista. Bursting onto the world stage as one half of LMFAO, and scoring a swag of #1’s in more than 30 countries, his sound reflected a new movement in music, catapulting him into high demand amongst his musical alumni, collaborating with the likes of Kanye West, Pitbull, Will.i.am, fellow DJ’s David Guetta and Steve Aoki and performing along side Madonna in the 2012 Super Bowl half time show.

MICHAEL SAM -- Michael Sam was raised in Hitchcock, Texas and attended the University of Missouri on a football scholarship. Michael made history last year when the star college football player came out as gay ahead of the NFL draft, making him the first openly LGBT player to be drafted in any major American sport.

WILLOW SHIELDS -- Willow Shields is most notably recognized for her role as ‘Primrose Everdeen’ in the “THE HUNGER GAMES” franchise.

RUMER WILLIS -- Rumer began her acting career as a child starring with her mother Demi Moore in the major motion pictures Striptease and Now and Then. She is thrilled to be continuing her For the Record journey playing the Basket Case in Dear John Hughes.