Yes! You Could Be The Face Of Delicious Nutella 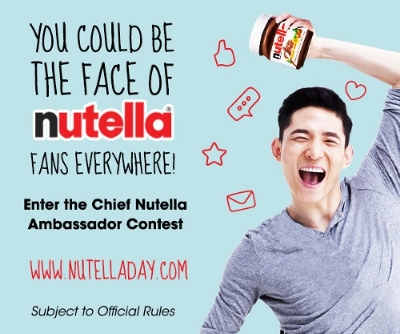 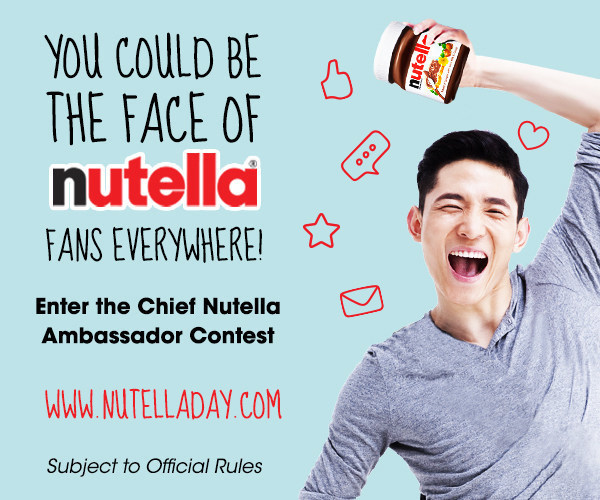 "World Nutella Day is an occasion that Nutella lovers can call their own – their day to eat and enjoy Nutella and have fun spreading the happy. It was created by a fan, for the fans, and we want to continue that tradition," says Noah Szporn, Category Marketing Manager for Nutella at Ferrero U.S.A., Inc. "That's why this year, we want to give one of our fans a chance to help us celebrate this day and make it more special than ever before."

Interested fans can enter the Chief Nutella Ambassador contest by visiting the Contest website at www.Nutelladay.com and following the on-screen directions to enter, which includes submitting a short video that demonstrates how he/she would lead World Nutella Day. On November 16, 2015, five finalists will be announced and fans will have the opportunity to watch the finalists’ campaign on social media and vote for their favorite finalist to help Nutella choose the Chief Nutella Ambassador who will lead World Nutella Day 2016.

The Submission Period for the contest ends at 11:59 EDT on October 11, 2015 and the winner will be annouced on January 11, 2016. All applicants who submit entries that meet the Video Submission Guidelines & Requirements will receive a free t-shirt. Four runner-ups will receive a one year supply* of Nutella.