Movie Review: “True Story” Is A Dark And Dreary Drama 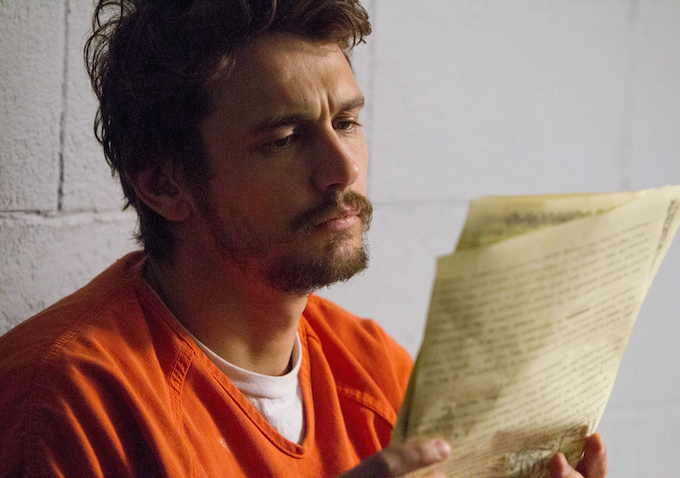 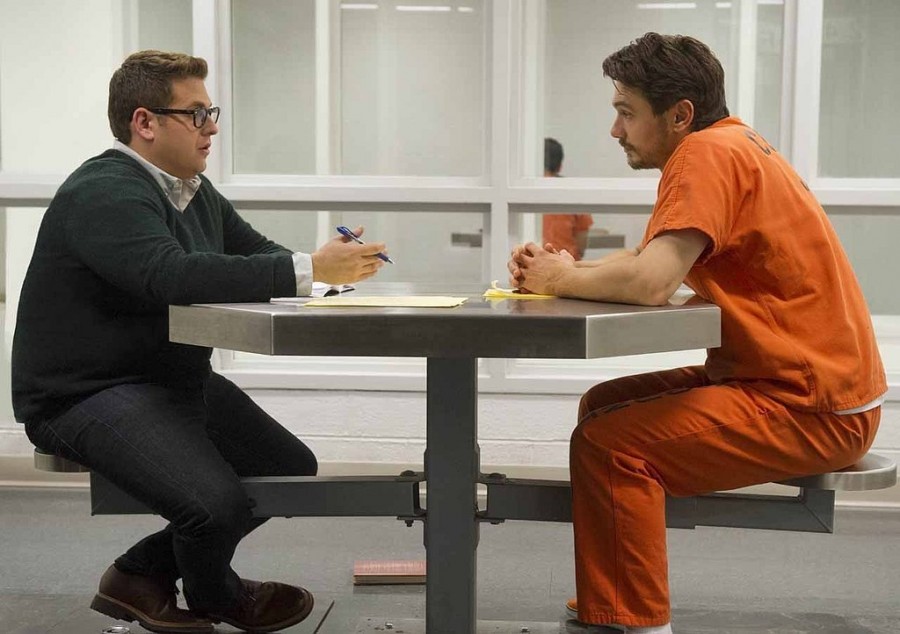 Based on Michael Finkel’s memoir of the same name, this downbeat drama aspires to be a profound examination of the slippery nature of truth, but falls short of that noble goal.

Jonah Hill plays a disgraced journalist trying to regain his integrity through unusual means in “True Story,” a film directed by English theatre director Rupert Goold and costarring James Franco and Felicity Jones (“The Theory of Everything”). Paling in comparison to films like “Capote” and “Adaptation” that covered similar ground, “True Story” suffers from a dull protagonist in a miscast Jonah Hill, a sluggish second act and an unfulfilling resolution.

Audiences have an insatiable appetite for true crime tales, and this story certainly has the seeds for a fascinating film, but it’s hard to glean compelling drama from a story that hinges on coincidence. Nevertheless, an A-list cast and effectively ambiguous marketing campaign should help this Fox Searchlight release bring in decent returns.

It’s February, 2002, and New York Times reporter Michael Finkel (Jonah Hill) is riding high on the success of his recent cover story about child slavery in Africa. But when the article’s accuracy is called into question and Finkel admits to cutting some corners, the accolades turn to condemnations and a very public firing. From Pulitzer candidate to pariah in the span of a week, the dejected Finkel withdraws to his secluded Montana cabin to sulk and mend fences with his long-neglected girlfriend (Felicity Jones).

While considering his next career move, Michael receives a strange call from an Oregonian reporter (Ethan Suplee) looking for comment on the arrest of Christian Longo (James Franco), an accused murderer of his own wife and children. Of all people to call for comment, Michael wonders, why him? For good reason: When Christian Longo was captured in Mexico, he was passing himself off as none other than Michael Finkel of The New York Times.

Sensing a story too good to pass up, Michael travels to Oregon to investigate the crime and meet the alleged killer. Following their first encounter, the unlikely duo strike a deal: Longo will sit for an extensive interview with Finkel in exchange for writing lessons. Since both have been vilified by the media, and Longo has remained tightlipped while in custody, it’s a mutually beneficial arrangement: the accused can push his version of events, while Finkel can redeem himself with a bestselling book. However, Finkel soon realizes how unprepared he is for the many contradictions of Christian Longo, and the more he digs into his subject’s past, the more distorted the truth becomes.

Part of what makes “True Story” so frustrating is that the alleged mystery the film is centered around – whether or not Longo murdered his wife and children – isn’t much of a mystery after all. Suffice it to say that the conclusion will leave viewers feeling dissatisfied and as emotionally manipulated as the journalist was by his subject. The centerpiece of Dave Kajganich and Rupert Goold’s screenplay is the Longo-Finkel interviews that take up most of the second act, and although they provide some captivating moments, particularly when Longo suspects Finkel of betraying his confidence, the psychological chess match inevitably reaches a stalemate. Unless Tarantino pens the script, in most cases two guys talking just isn’t that interesting cinematically, and no amount of flashbacks, landscape shots or melodramatic music is going to change that. 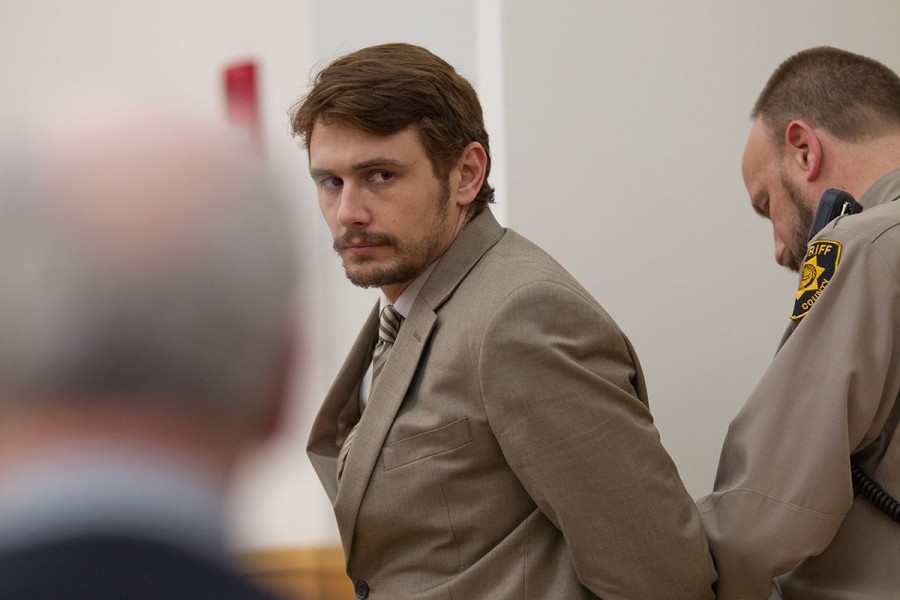 Jonah Hill has come a long way from scene-stealing bit player in Judd Apatow’s unofficial comedy troupe to two-time Academy Award nominee (“Moneyball,” “The Wolf of Wall Street”), but it remains to be seen whether audiences will accept him in a strictly dramatic role, and “True Story” is a challenging initiation. The trouble is not in his performance but the role itself; it requires him to carry the story’s entire dramatic weight, and he looks absolutely miserable shouldering that burden. Additionally, he plays a disgraced journalist and commitment-phobe who tries to capitalize on a tragedy, which in my book classifies him as just a bit unsympathetic. There’s no denying that Hill is a versatile actor with a very bright future, but after seeing “True Story,” audiences will long for the lovable goofball they know best.

Although Hill’s protagonist has the most screen time, all eyes are on James Franco as the accused killer and aspiring writer who keeps the film’s central mystery close to the vest. In an incredibly nuanced performance, Franco plays Longo as charismatic but menacing, smart but careless, candid but cryptic, and he clearly relishes the opportunity to be “True Story’s” center of attention. Supporting characters are decidedly one-note, the lowlight being a completely wasted Felicity Jones as Hill’s girlfriend.

Rated R for language and some disturbing material