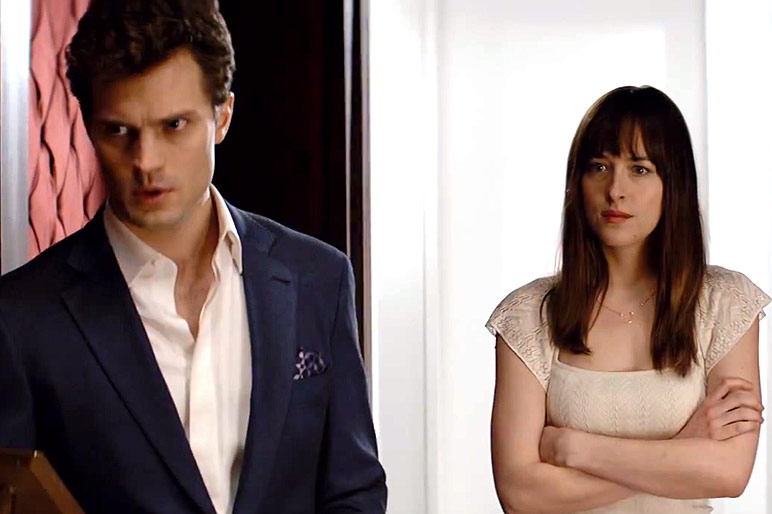 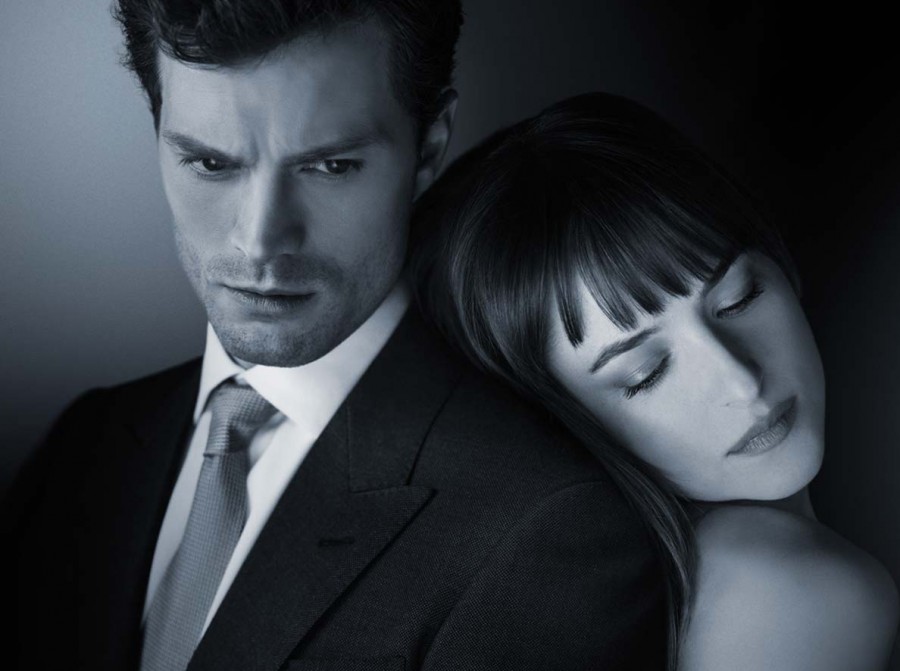 For the uninitiated, “Fifty Shades” is at its core a typical love story – a naïve girl meets her rich and powerful Prince Charming – but with a kinky twist: Prince Charming is into dominance and submission. The naïve girl in question is Anastasia Steele (Dakota Johnson), a reserved college student who works at a hardware store in the Pacific Northwest. As for Prince Charming, he goes by Christian Grey (Jamie Dornan), a magnificently successful, Seattle-based businessman whose empire includes companies ranging from telecommunications to farm equipment technologies. 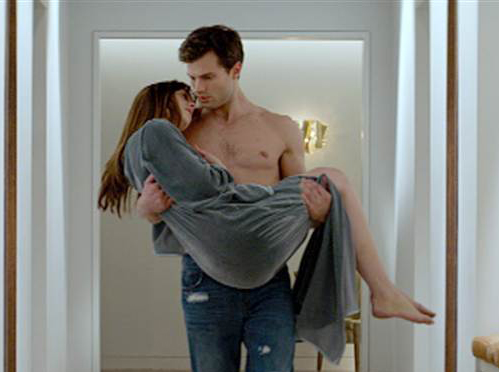 When Ana’s roommate (Eloise Mumford) falls under the weather, Ana agrees to take over her assignment of traveling to Seattle to interview the mysterious entrepreneur for their college paper. Despite some initial awkwardness, their attraction to one another is immediate, and Christian wastes no time courting the lovestruck coed, whisking her away in a helicopter and introducing her to the privileged life. But as Ana comes to learn, Christian has no interest in traditional relationships. Rather, the relationship he’s interested in pursuing is a dominant-submissive one, and he insists on his partners signing a contract consenting to the arrangement.

The bulk of the film hinges on Ana’s decision of whether or not to sign the contract, and conversely whether Christian could ever have a traditional relationship. As the film progresses, their romance takes some unexpected turns, with the protagonists challenging one another’s vision of an ideal relationship.

Much has been made of the filmmaker’s decision to cast relative unknowns in the lead roles. Fans were pushing for more marquee names, but in the end the choice of Dakota Johnson and Jamie Dornan was an inspired one, as their sizzling chemistry holds the piece together. Some of the backstory, particularly on Christian’s end, is admittedly a little simplistic, but one has to take into account that the film is a condensed version of a 500 page novel. Under those conditions, some character development is bound to fall by the wayside. As for the other cast members, they all put in solid supporting work, including Marcia Gay Harden as Mrs. Grey, Rita Ora as Christian’s sister, and Jennifer Ehle as Ana’s mother.

Rated R for strong sexual content including dialogue, some unusual behavior and graphic nudity, and for language.